A rather long video, but worth a watch IMO 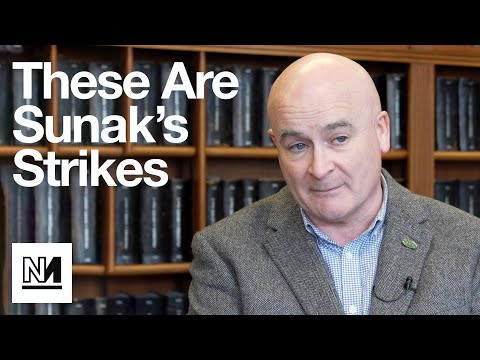 I was never a fan of trades unions. I remember watching militant unions and incompetent management destroy the British car industry. So, despite no liking for Thatcher I thought the curtailing of union power was a good thing. Now IMO the pendulum has swung far too far in the opposite direction and I support their attempt to claw back some share of the enormous UK wealth for their members. While I don’t agree with his views on the EU I do think he’s doing a good job trying to hold the Government to account.

A Boxing Day rant without any boxes.

Seems to me that the problem in each and every social service is the (government’s) idea of sub contracting. Sub contractors are not involved in any business out of the goodness of their hearts, their intention is to make money. This would be to take money out of the social service.

The argument is that sub contractors, with business acumen and philosophies will make the service much more profitable, creating profits to be shared. Well, that is the theory.

In reality, it seems that sub contractors have a signed contract agreeing them a minimum profit, beyond which absolutely nothing or only a negligible profit materialises. So the service is squeezed to a maximum and no profits are put back in for improvement.

Who are the idiots who thought this would end up as an advantage for public users at the point of service?

P.S. I just learnt from Discourse how to Bold/Italic etc for SF texts on my mobile

I heard Mark Harper the other day. He was trying to argue that it is the rail unions against the taxpayer. Completely false opposition, in my opinion: a healthy infrastructure benefits the whole country (and is vital for everyone’s interests).

The current government’s default response to strikes is no longer “negotiate” but “ban strikes”.

Though it’s been running on fumes since Cameron resigned.

And consultants (not the medically qualified ones) are sub-contractors on steroids when it comes to hoovering up funds whilst improving nothing.

I can recommend this highly, a page turner

Nothing we didn’t already know (and in my case experience as I was lumbered through acquisition with two partners and a bunch of consultants in 2002) but a very good read as it consolidates the damage the “guardians of fiscal probity” have done through greed.

When I am Emperor of Mankind, bean counters, estate agents and HR staff will be the first batch of Soylent Green.