When I were a lad – and not long after my parents moved us from London to Belfast, Norn Iron – I told an old woman in the guest house where we stayed initially that what I wanted to be when I grew up was ‘a book-maker’. I couldn’t understand why she laughed.

It seemed a perfectly reasonable ambition for someone who spent much of his early days writing and drawing Western strip-cartoons in the manner of the Dell comics that my dad would buy for me from time to time. Then I stopped drawing and devoted my creative energy to inventing parallel football and cricket worlds. So I guess ‘book-making’ was in my blood.

I can’t think of any other reason why I do it. I read a rather depressing statistic not that long ago, which suggested that something like 80% of writers earn less than £10,000 per annum. J.K. Rowling, bless her, is a special case, but most publishing money these days seems to be heaped upon such talented and acclaimed writers as Victoria Beckham and Peter André for their keenly anticipated memoirs. There’s little left for the Johnny Normals of this world, particularly those who find every reason to equivocate, rather than to settle down, eliminate all distractions – and just do it.

Fortunately, after years of hanging around the periphery of training and personal development, I have drifted into the niche market of scripting e-Learning storyboards and thereby found a way of shoving myself, in rugby parlance, just over the ‘gain-line’. Not far enough to trouble the functionaries at the department’s Hôtel des Impôts, but just enough to boost my self-worth and supplement my wife’s annual earnings. 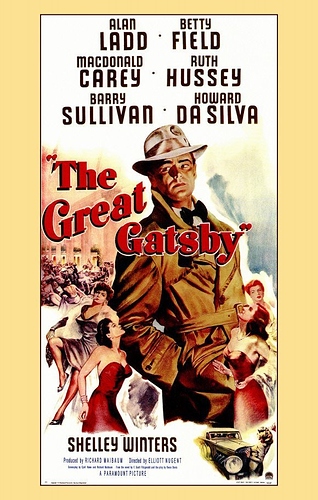 Without those storyboards, and given my tendency to beat around the literary bush lest my creation fails to measure up to The Great Gatsby, I’d be reliant on the crumbs offered by magazines and newspapers. This is not much of an option. For a start, we’re staring into the yawning abyss of the Great Recession. As sales and advertising revenue drop, so the size of the crumbs on offer diminishes. I see bigger ones these days on our bird table.

For another thing – with the notable exception of the Archant stable of France-themed magazines – most ‘organs’ treat you like dirt. Admittedly, editors are busy people, but if you get a reply to your e-mail enquiry – even a negative one – you can count yourself lucky. The received wisdom is that you follow-up your e-mail with a telephone call. The thing is, writers often write because they are much better at expressing themselves in writing. If ever I’ve managed to get through to an editor and am then asked to ‘tell me more’ about my idea, I usually go to pieces and end up sounding as intelligible as Benny from Crossroads.

Early this summer, I managed to sell an article to a French paper focused on expatriates (I won’t name names, but I wouldn’t like you to think it was the paper with a two-word name). The Features Editor offered me two-and-a-half largish ones for text and photographs about the Galerie Pomié’s fascinating summer show, Inde Vivante.

The owners moved here from Ireland to create their rural art gallery. As survivors of the great rock ‘n’ roll circus, they know how to put on a show. They’ve travelled extensively in India and recently attended a Maharajah’s wedding that was featured in Vanity Fair. So there was plenty of good material. I made three or four trips: to interview them and two of the artists who would be exhibiting in the show, and to go through the owners’ huge collection of photographs. I then spent a couple of days writing the first draft and e-mailing the illustrations.

By the time the private view of the show came around, I hadn’t heard anything from the editor. Nevertheless, I was sufficiently carried away by the splendour of the exhibits and the promise of my fee that I bought a couple of miniature paintings of gilded elephants by a certain Mr. Pareek.

The issue of the paper for which my article was destined appeared – but with no sign of my feature. After several e-mails and abortive phone calls, the editor eventually replied to say that she had liked my article, but felt that it wasn’t right for the paper. It was possible, however, that she would use it, in slightly modified form, in the August issue.

After the August issue came and went with no trace of my article, I wrote a polite note to the editor to point out that I had been commissioned to write the article and that I was entitled to ask for payment for the work I had put in and the expenses I had incurred. However, I would ask instead for half the agreed fee, as I appreciated that the paper wasn’t as cash-rich as, say, The Daily Mail. No reply. I sent a few more – to the editor and the publisher. Silence. The Void.

The only apparent criticism of my article that the editor gave me was that she felt it read like a ‘PR puff’ for the gallery. Well, it seemed that the owners could have done with a bit of publicity. After seven years of banging their heads against a wall of indifference, they have decided to close the gallery. Their house is on the market and they might move back to Ireland. Meanwhile, neither they nor I will be buying any further copies of a French paper for expatriates.

I do sometimes ask myself why I do what I do. There’s a fair amount of heartache associated with writing. You have to inure yourself to repeated rejection. But I guess it beats cleaning swimming pools and holiday homes. I should know. They’ve just remaindered my last book – before I could earn any more than the fairly derisory advance on royalties – but book-making, as I’ve said, must be in my blood. And I have this faith, delusion, whatever you want to call it, that one day I might make a book I will be proud of.