We moved to the Dordogne last December and after 6 months some things about France still amaze me.

And finlly. French people are … people. Most are friendly and helpful… a few are grumpy and disinterested.

Re no 10: This isn’t the same but I’m giving it a go! There are lots of interesting traditional French varieties to play with 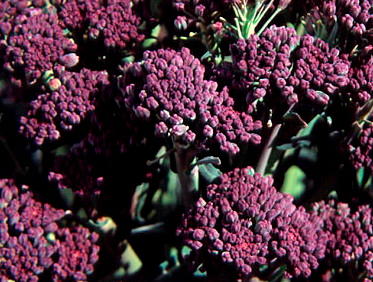 which particular French banking restriction are you thinking of?

We first ran into this trying to transfer the 10% deposit on our house… there was a limit on the total we could transfer in one go (this happened on Dec 24th within the 10 day cooling off period for Acte de Vente… things got tense).

It then turns out there is a limit to the total amount you can spend in a month with a debit card. This struck both myself and my partner’s debit card at an Intermarche checkout with a huge trolley of food. Luckily, we had just enough cash on us… including the 1 euro in the trolley (it was very tight). I do understand it is for our own protection but it would have been good to point these restrictions out, clearly, to us before hand. And yes, we know these limits can be changed.

Interesting post Noel -but beware of assuming your experience in the Dordogne is representative of France - we hardly ever see helicopters or low flying planes here in Brittany, for example - and definitely fewer power cuts than we had in rural Northumberland!

Whisper it, but I’ve also generally found French bureaucracy much better than British.

Garden hoses come in many diameters.

Wait until you discover the umpteen different fitting sizes for taps etc.

I envy you. Just east of Toulouse and the wifi has always been a problem. Fibre optic should be on its way but that’s another long story.

I had the same problem with debit cards when we first arrived. Especially ass they made the limit on husbands card higher than mine. But I was the one spending the money!!!

We’ve never had any spending limit, but we do have a weekly limit on cash withdrawals by card - I took this to be just a safety precaution.

We have this too but I rarely reach it. Over the years we’ve rejuges the limits and it’s rarely a problem now

If you can find your house easily on Google Maps then your delivery person is just being lazy. In my case they used to drive to the centre of the village and then realise they had gone past my house 5kms earlier so put it down as a bad address or no-one at home. When Nisbets decided to take a parcel to a collection point 23 kms away I refused to collect it and told them to take it back. It was delivered correctly the next day by a very unhappy delivery man.

He has not made that mistake again.

We’ve never had any spending limit, but we do have a weekly limit on cash withdrawals by card - I took this to be just a safety precaution.

We didn’t think we had a spending limit until one week we planned to make several big purchases…and discovered otherwise. It’s something like 4,000 a month between us. Again I guess a security measure, and since that level of spend was an unique occurrence for us no need to change it.

They alway fly over us east / west so I imagine that there is something over by Bordeaux. They scare the crap out of me some days they get so low! I was on the phone on Friday and had to stop talking when they went over!

We get regular low-level passes from fighter aircraft down here in the valleys of SW 47. There’s usually 2 fighters, so I’m guessing they’re taking turns chasing each other running low-level dogfighting drills.

I’ve seen one bank around behind the nearby chapel and disappear down our little valley at eye level, so he can’t have been more than 100 metres above the bottom of the valley.

It’s one of the reasons I have 2 bank accounts plus Transferwise and I always use the latter for really big purchases as it’s instant and with a starting limit of 10,000 euros (I think).Not that this happens much, I have to say, but when the bills come on forbuilding works, that’s when it comes into play

They come from Dijon and use a local Mont as a way point.

When we first came here and discovered this limit, we rang our bank, Credit Agricole via Britline and explained that we would be buying household goods on line and needed a higher limit, which happened with no problem.
One thing that we found extraordinary is that the French would happily exorbitant prices for things quite happily without looking for alternatives that would cost less.

Thank you for this Angela. Jim has looked up this Association and it is very interesting.
He has planted out fifty sprouting broccoli plants which he grew from seed from UK before all this hooha.

Kokopelli, along with The Real Seed Company in the UK, encourage us to collect our own veg seed as it will than be adapted to growing in our location. Sometimes I remember, sometimes I don’t

They alway fly over us east / west so I imagine that there is something over by Bordeaux. They scare the crap out of me some days they get so low! I was on the phone on Friday and had to stop talking when they went over!

There is indeed a disproportionate number of air bases close to Bordeaux (I mean within easy fighter plane flight range), and AFAIK there are busy bases, so that could explain it: 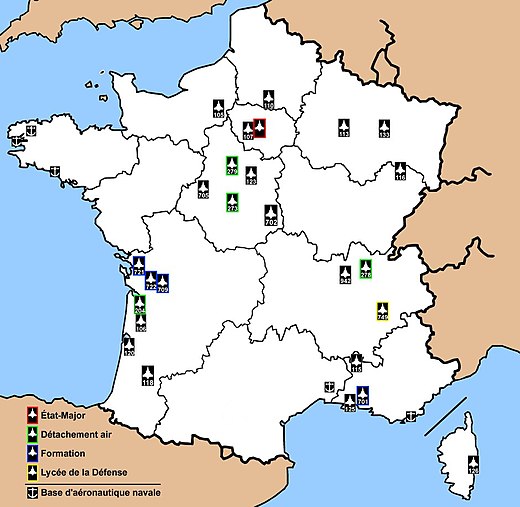 I should know as when I did my military service in the French air force near Orléans as a conscript in the late 1980s, that’s where the authorities wanted to send me there after what was called les Classes (the initial 5 or 6-week training period, then you were dispatched wherever they needed you, you had some say in the process though, family situation was taken into account etc. that was the case in the air forces anyhow, not sure about the rest. By and large, they tried to match your qualifications or skillset to their needs but, well, it rarely matched! (the variety of positions on offer was wide, eg hairdresser, chauffeur, medical staff, base protection jobs, office-based job, cook/canteen jobs, driving instructor, Gendarmerie, military HQs, cooperation abroad etc.).

Anyway, the officers in charge of dispatching the conscripts wanted to send me to the Cognac’s pilot training school (big air base at Cognac at the time, which doubled as a training base too, at the time it was very big anyhow, now with the many cutbacks it’s probably much smaller) as I was a qualified teacher of English (trainee pilots in France receive intensive training in English, so they told me anyway). But I wasn’t interested as I wanted to stay in Orléans for various reasons (I was at the air base there, just outside Orléans) mainly because I had the option of sharing a flat with mates in the pleasant city centre, and I preferred to stay close to Paris.

I soon rued my decision to turn down the plum and seemingly interesting Cognac posting as after my classes I was dispatched to a grim section of an on-site warehouse/stockroom where I was part of a team in charge of dealing with the aircraft part orders coming from the mechanics’ workshops, hangars and what have you (there were all type of flying things on that big base, fighter jets obvs. but also choppers, big transport planes such as Transalls etc.). OK, not exactly my dream conscript job I thought…

The job was very laidback. One member of our small team, a farm labourer, was functionally illiterate and I spent part of my time helping him with his literacy. He did sod all, I think on average he handled about 5 orders a day… The trouble is that it was neither interesting nor actually that easy, with 100s of 1000s of stock references, some very similar and so on. Luckily it wasn’t Amazon, we weren’t timed, we didn’t have to run like blue-arsed flies with a scan gun and there was no supervisor or “personal digital manager” yelling at us through a loud speaker to shift our arses into gear.

All conscripts in the team, except for the boss, the “juteux” (the adjudant-chef, sergeant major I believe in the UK ranking system), a veeeeery laidback juteux. So laidback that I never actually saw him doing any work apart from shuffling bits of paper and spending an inordinate amount of time on the blower, mostly laughing his head off. He was mainly to be found at the MESS or in the other on-site bars, where he had perfected his babyfoot skills to a remarkable degree.

It wasn’t exactly taxing for us either, lots of breaks (shockingly low productivity!) but what got my goat in the end is that it was excruciatingly boring and I really regretted my decision not to have gone to Cognac just to be able to have a civilian’s life in Orléans city centre, as after your Classes as a conscript you don’t have to stay on the air base, they couldn’t accommodate everybody anyway. 40 hrs a week for 400 Francs (£40) a month to count nuts, washers, flaps, bits of dashboards, metres of Velcro etc. sorry but non merci, très peu pour moi.

I could completely see the relevance of the Classes and indeed I personally enjoyed the Classes on the whole, but not of the post-Classes period. What “patriotic” point is there being a cook in the canteen for 10 months for barely £10 a week? For most conscripts, there was nowt patriotic about the military service in the post-Classes period, the 250,000 young men doing the military service each year were just cheap labour servicing the armed forces’ needs and that’s about it.

Luckily, our very sympathetic family GP help me to get myself discharged after three months (he wrote a letter to the military authorities). It wasn’t that hard to be discharged TBH, you just had to be determined, have a plausible story and stick to it. I simply threatened to commit suicide supposedly because my (non existent) long-term girlf’ had left me for my best friend. They immediately sent me “en observation” to a rather pleasant military hospital in Versailles, overlooking the Palace as it were! There I saw a couple of sympathetic shrinks (at the hospital, not the Palace…) and reiterated to them my dark thoughts. I even managed to break down, I was bloody determined to be discharged! They didn’t tend to fuck about with suicide threats, esp. if it appeared half convincing, so they signed me off as “P4” after barely a week, off you go, on your bike. I was absolutely delighted and air-kissed very puzzled-looking tourists outside the Palace as I left the military hospital on my way to the railway station.