I know there are frequent exchanges about moving stuff across the channel post b-word, but I’ve never found any real world examples that reflect my own dilemma, & I can’t find anything definitive via the customs sites on either side of la Manche.

I’m a permanent French resident & will be travelling to England via Ouistreham-Portsmouth & Cherbourg-Portsmouth routes a couple of times in May & June this year. I will be driving a small white van which will contain personal effects & well used tools - these don’t worry me in terms of customs.

I will also be carrying a quantity of electrical items which I use on site at an outdoor event in the UK. Essentially it’s a pile of cables & site lighting - small floodlights, fluorescent light fittings, etc. None of it is new (most of it is 13 years old), & it’s all in a custom format in terms of connectors & mountings.

There will also be odd bits of timber & ply, a couple of trestle tables, some odd bits of aluminium scaffold pole. Again, none of this will be new.

Has anyone got any idea how this will be viewed by customs folk at any of the ports mentioned? Theoretically everything that leaves France will be returning to France.

In terms of commercial gain from these goods I receive a fee for dry hiring the goods to the event. I also I receive a payment for my activities on site, but via a separate fee.

Does anyone have real world experience of such an arrangement? My present attitude is to “wing it” rather than try to obtain some kind of paperwork. However, I’m used to the world of carnets as I used to be involved moving hire equipment from the UK into Europe back in the days before the single market.

why can’t you ask re this? 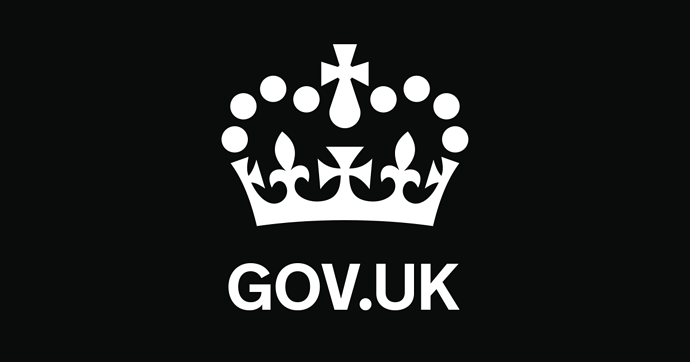 Import goods to the UK temporarily

Use Temporary Admission to pay no duty on goods you temporarily import from outside the UK and then re-export.

Or the fall back would be to prepare a very detailed list of all the goods and an attestation sur l’honneur that they will be returning exactly as present.

OH took tools in February in order to fix our son’s brakes. We made a list giving an explanation of this. He travelled Caen to Portsmouth as foot passenger. His case was checked on leaving France and all was okay. Not even challenged on the way back. Would any payments received just need to go on your tax return?

Before you start the application process, you’ll need to have the following information to hand:

There’s bits about simpler declarations - I’d try to get professional advice if you don’t want to get caught out.

Clients of ours came out last week in a van towing a trailer which had tools, equipment, a chair, petrol (I’m not joking) and various other bits on board and didn’t encounter any issues or checks.

I will also be carrying a quantity of electrical items which I use on site at an outdoor event in the UK.

Are you taking these TO the UK? Do they have UK plugs /wiring? If so, they are evidently NOT French so why should any of this be a problem? Or have I completely misunderstood?

Or have I completely misunderstood?

I’m not sure it matters that they were originally from the UK. Right now they are goods moving across a border with customs controls - so potentially there could be customs charges unless exempt. Which they will be, it’s just a question of how certain you want to be that all will go smoothly.

@JaneJones thanks for the link. I’d not come across it during my (admittedly fairly apathetic) trawling of the HMRC website.

As @billybutcher says, it does look like a bit of a nightmare. I like your idea of a home made list & declaration - at least it shows you are aware.

Are you taking these TO the UK? Do they have UK plugs /wiring? If so, they are evidently NOT French so why should any of this be a problem? Or have I completely misunderstood?

For the record, the hardware was originally sourced in France but everything has CEE17 connectors on i.e. not country specific. As others have said, I don’t think that’s relevant anyway.

The gear is now so old it’s essentially worthless in terms of book value. It would have a very low value even on a resale site - the connectors are worth more than the lights!

try to get professional advice if you don’t want to get caught out.

BREXIT…the present that keeps on giving year after year

More like taking away but, yes, it’s going to keep doing it for a good few years yet.

…the Portsmouth routes can be a nightmare.

Do you have any details?

Do you have any details?

We seem to get pulled over on the way out through Portsmouth every other time - so much for “random” checks.

It’s barely more than a “did you pack the car yourself” and a walk round with the mirror though.

As for Douanes at Ouistreham - never seen them stop anyone.

By “details” I was interested in the customs view of items which are clearly not being moved for commercial resale - going in either direction. A house moving operation would cover quite a lot of stuff like that.

Having taken vans back & forth many times over the year I’m aware of the attention they get/got, even pre-brexit.

As the time period for proper paperwork is already against me I’m almost certainly going to “wing it” in May, but will carry a detailed inventory/attestation in both languages. I’ll report back…

An update on my recent travels…

My van was checked at Ouistreham prior to the the actual customs post, but that was just to see if I had any stowaways on board. There was no further interest & I drove on board the ferry.

On arrival at Portsmouth there was the usual “all vans” request to see inside the vehicle. The Border Force guy who looked asked a few minor questions about what I was up to & that was it. The staff at the customs shed expressed no interest whatsoever.

Returning to France the van was empty anyway. I was put through the checking shed & had a random bag x-rayed as per usual. On arrival at passport control in Ouistresham there was zero interest in the van or contents. No doors were opened.

Still, I was glad to have list of items prepared just in case. I just wish that the stress had been uneccessary - brexit, the gift that keeps on giving…

I brought a few items - paint, new keyboard for the PC, new wireless router as the old one did not give the PC a fast/reliable enough connection, new ink for the printer. All carefully totted up to be under 429€

I didn’t bother with receipts figuring I could just show the order confirmation emails - in the end, like you, nothing was checked.

Even if one is not asked to produce a list… or is not checked… it must be reassuring to know that a reasonably detailed document is prepared and waiting to be flourished if needed.

But that’s just my view as an ex-Akela/Goup Scout Leader, who always likes to “be prepared”…

I generally work on the principle that it is much better to have the document and not need it than the other way around.