Appears he was carrying his shotgun, unbroken, and shot backwards into his wife/companion’s head. Quite a hard manoeuvre for an elderly gentleman, and presumably an experienced shot.

Stupid and careless for someone who should have known better about handling loaded guns.

Regardless something dies an animal or a human. Humans do more damage.

he was carrying his shotgun, unbroken,

When basic gun safety procedures such as not carrying a loaded shotgun unbroken are not followed is there any surprise that incidents like this occur?

This from the La Tribune last week:
In the Drome, a 62 year old (an occasional hunter himself) was out mushrooming and was mistaken for a sanglier - he was shot in the stomach with a Winchester. He was helicoptered to a major centre is now no longer in a critical condition. The chap responsible gave himself up at the local gendarmerie. He has had his licence removed and has been charged.

I’ve carried loaded shotguns and rifles on two continents and managed not to accidentally anyone or anything.

Hundreds of thousands of military personal carry loaded weapons everyday and manage not to shoot anything that they’re weren’t ordered to shoot at.

Following the 4 rules of firearm safety at all times prevents negligent discharges and possible fatalities.

Just to lighten it a bit. 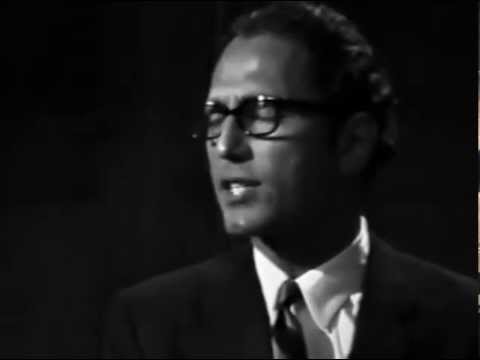 Following the 4 rules of firearm safety at all times prevents negligent discharges and possible fatalities.

can you please remind us what these are…

please remind us what these are

I don’t think we should go up to a chap holding a gun and advise him!

can you please remind us what these are…

For shotguns you can add always carry broken and unloaded.

Sadly not golden enough as this tragic event shows - but as I said, always carry shotguns broken and unloaded. While unloaded is theoretically enough for safety, carrying the gun broken adds a bit extra and makes it obvious the gun is unloaded.

“Never ever let your gun pointed be at anyone, that it may unloaded be matters not a jot to me” is what I was told.

Safety catch applied, finger outside of the trigger and muzzle pointed in safe direction is perfectly safe for all firearm types.

Unloading weapons before passing them to people when navigating fences/gates etc. is a good idea unless you can totally trust the person you’re handing it to not to drop it.

Are there loaders on shoots in France? Good, experienced ones can really help.

So true. I used a .22 from maybe 10/11 years old on the farm in Oz. That was just THE rule. We all had to shoot, we were in the middle of a horrific rabbit plague that was destroying everything, native flora, crops, all the warrens breaking stocks legs ect. As teens my stepbrother and I had a cool little Suzuki Jeep all set up with spot lights, a frame at the back to hang them ect. I found out years later that the barstard was selling the pelts for 2 bucks a pair to to Akubra hats! The meat was used for the dogs, or us when times were lean. It was drummed into us to never let them suffer,back clean shot always and if not you catch and dispatch asap. It wasn’t about the pleasure of killing, it was a rural necessity done as humanely as possible and using all the parts we could. Not to say that it wasn’t amazing out spotlighting under the southern sky, stopping to light a campfire and enjoy some billy tea and a roasted rabbit!

Unloading weapons before passing them to people when navigating fences

Quite. A good friend of mine from school shot his brother in the shoulder while they were getting through a barbed wire fence. He lost use if his arm

Living in France, the land of battery rabbit, I do so miss the taste of wild rabbit (tasty little blighters) though I probably wouldn’t roast it. Slowly braised in chicken stock with thyme and saffron or with stock, picholine olives and some herbes de Provence. Mind you, it’s also good with garlic confit.

Trouble is here I can only find battery rabbit, also OH won’t eat rabbit because she thinks it might be like eating a small dog!

We never had pots with us so wed just stop, skin and gut and cook it over the fire on a stick as a snack! Maybe roast not the correct word!!!