Any interesting cars you have had and enjoyed

To get the ball rolling here are a few of mine. 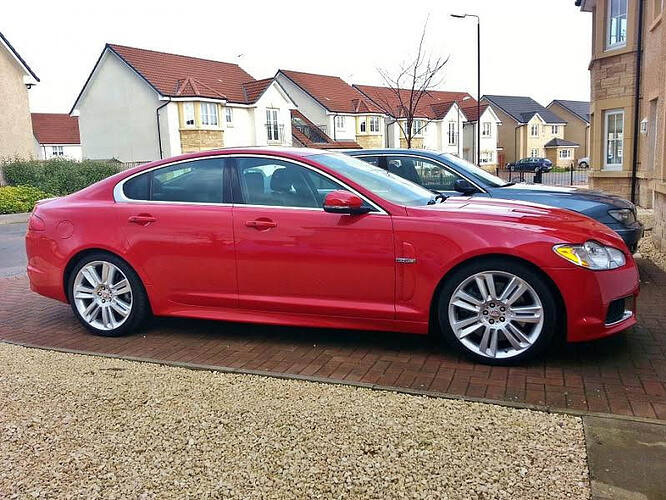 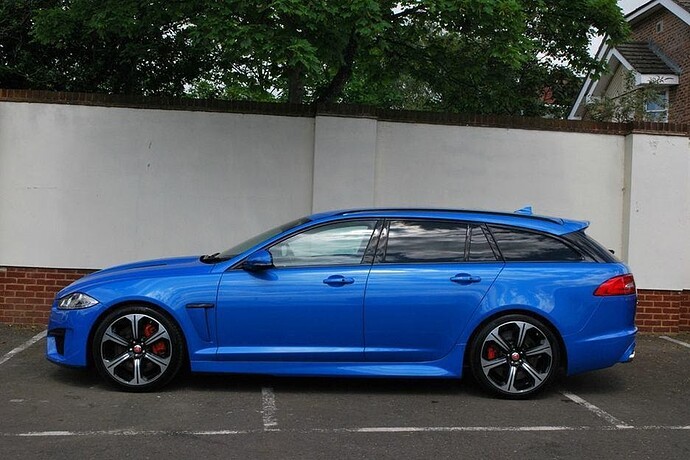 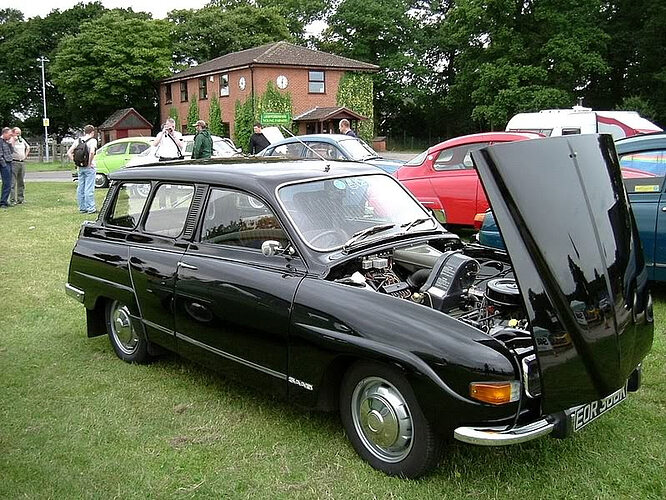 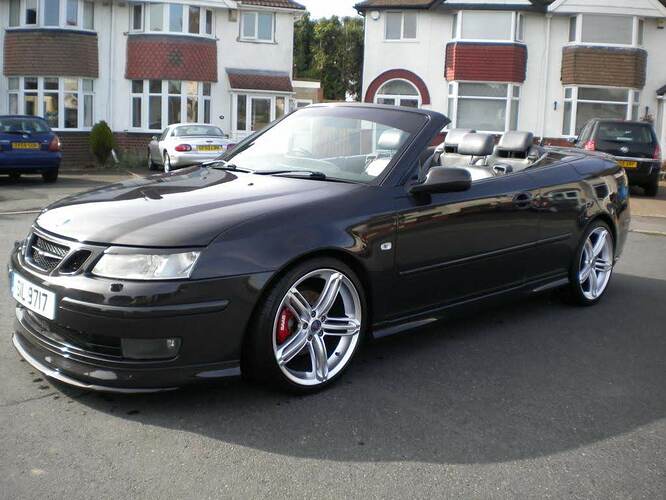 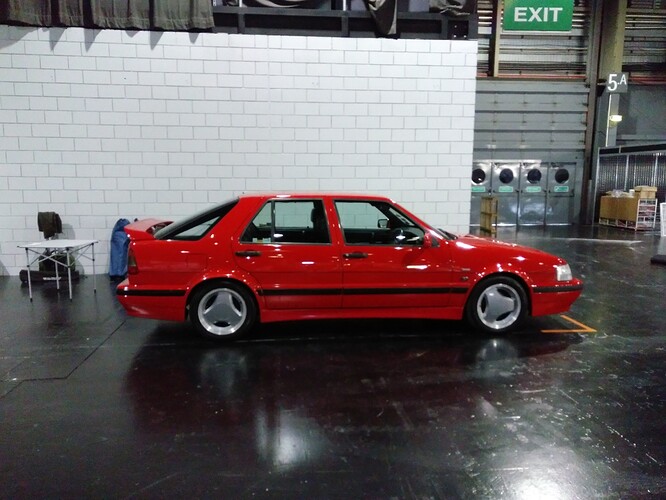 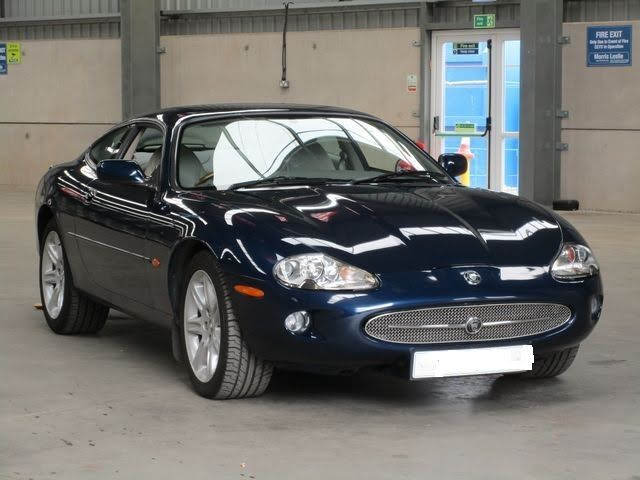 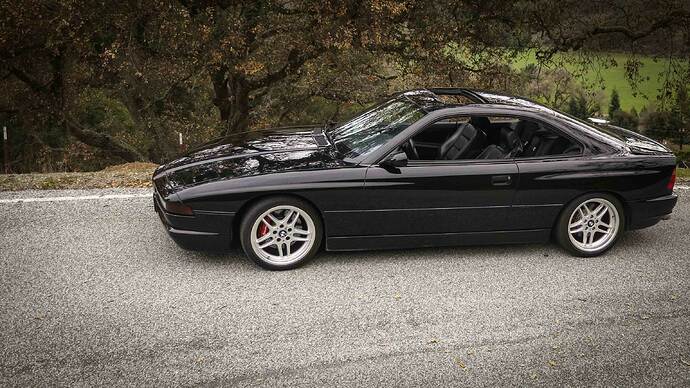 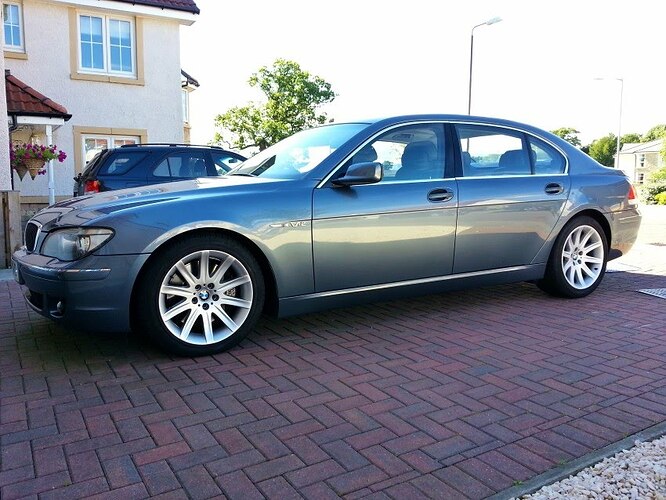 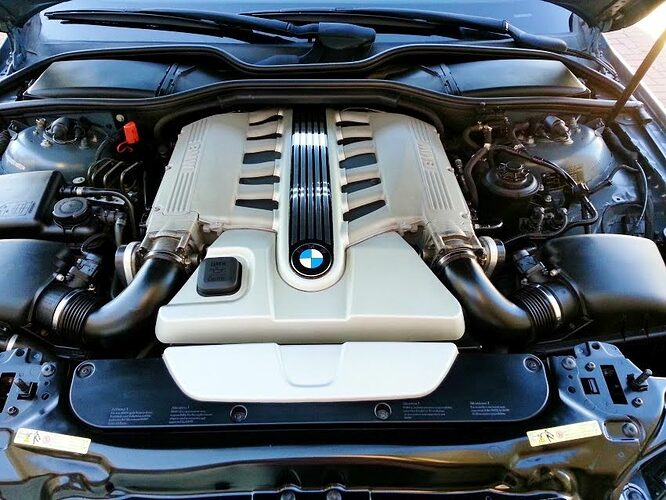 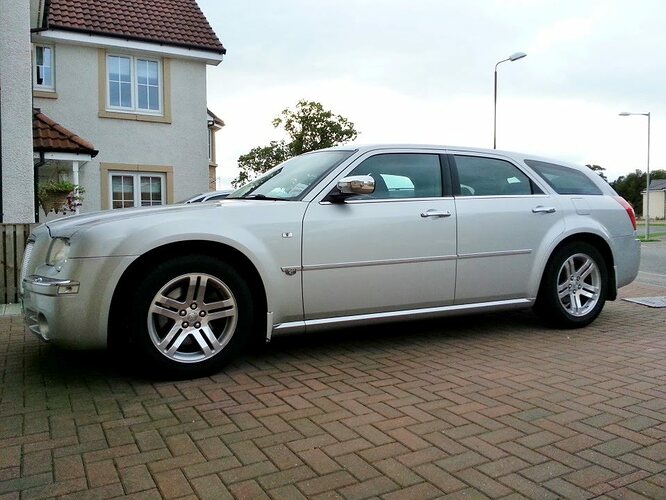 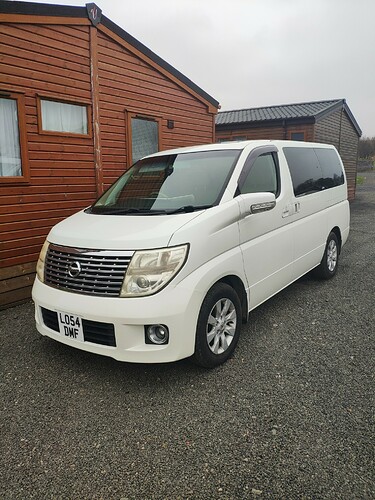 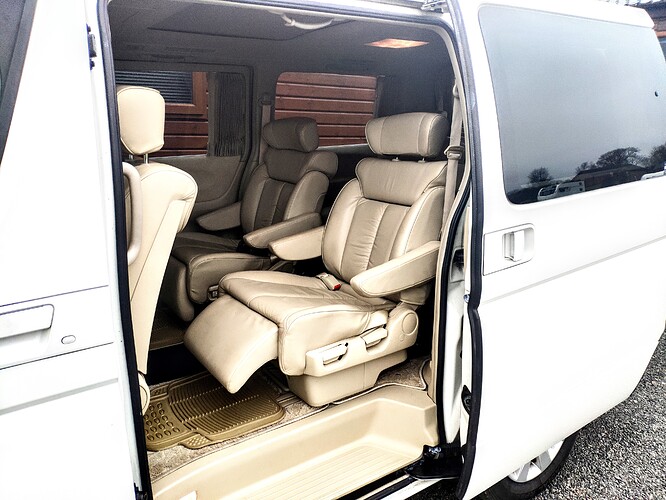 That will do for now, what do you all have yourselves. 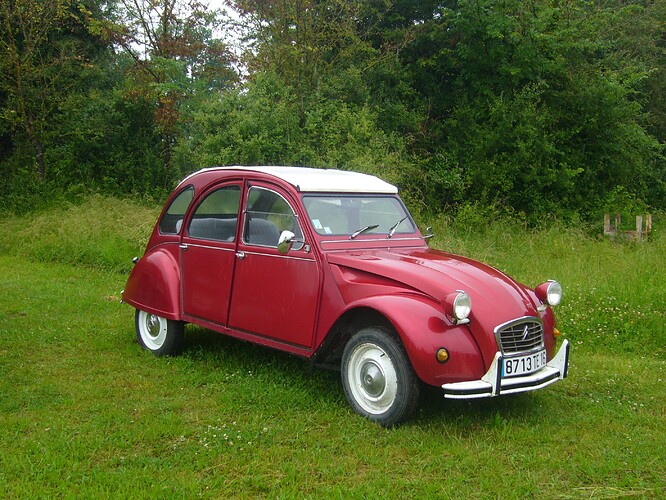 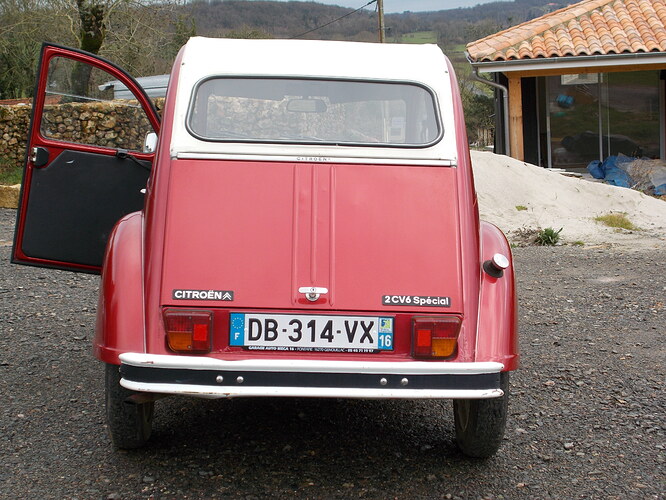 Brief moment in my life in late sixties, dated someone who test drove cars for one of the motoring magazines. I was still living at home at the time. He used to roll up in the latest new “toy” not that it meant much to me, but I’ve been a passenger in an Iso Grifo, a brand new just off production line E-type 2+2, and a mini that cost £6,000 (though not sure why).
Impressed my parents’ neighbours.

Back in the early 70s, the US forces were pulling out of Europe. The “big yank” cars that Uncle Sam had brought over for them weren’t worth taking home, so hundreds of them ended up in Belgian garages, as cheap as chips. Some friends were then importing 2Cvs and Beetles from there to the UK so for a few glorious months, they switched to US cars. For the next year or so we drove around in some delectable machinery from Chevrolet, Buick, Pontiac and Ford. My favourite was a 1957 Chevy Bel-Air convertible in turquoise, wherein we piled seven people and a dog for a uproarious picnic in Sussex. Great fun!

I found a picture to add - not the same car, of course, but identical: 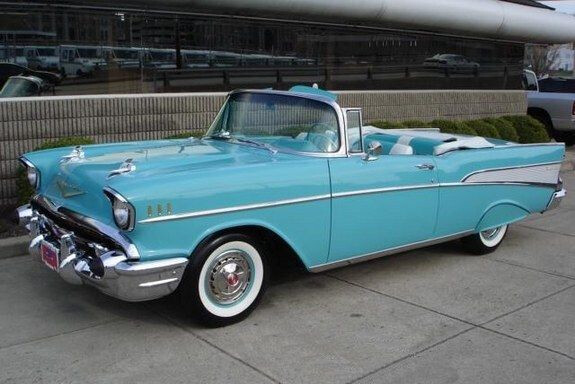 An absolute shed of a car that got me around North Hertfordshire when the weather wasn’t up to hoon around on my Suzuki 1100. It used almost as much oil as it did petrol until I figured that 20W50 was too thick to leak out past its’ many worn seals. Highlights were never being entirely sure the auto box was going to give you 3rd or neutral and 2nd again and the time I made an absolute clusterfudge of rotating the tyres and ended up with the smaller diameter tyres (that shouldn’t have been fitted) on diagonally corners which caused an 80mph pirouette on the A505 in the rain. Nothing damaged that a trip to Stapelton’s Tyres and a change of underwear didn’t fix.

I had two separate idiots crash into The Skip while I owned it causing a few extra scratches and me to spend £15 on a rear light cluster from a scrapyard. Having a crash in The Skid was rather like the civil war in the Former Yugoslavia at the time. You knew it was happening, but it was happening far enough away not to cause alarm.

Finally punted it a couple of years later when my daily commute went from 10 miles to 100 miles and The Skip’s 18mpg with a tail wind wasn’t going to cut it. 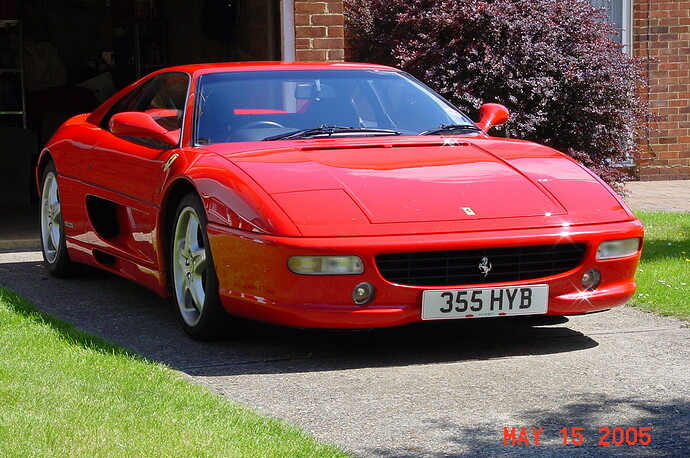 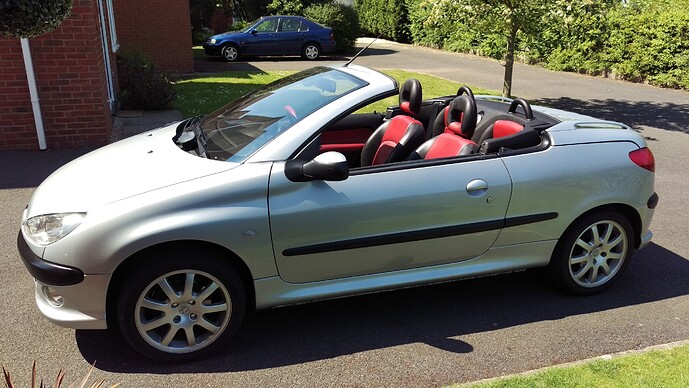 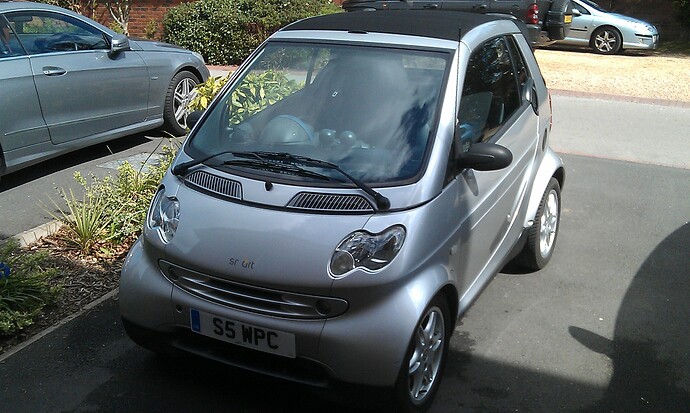 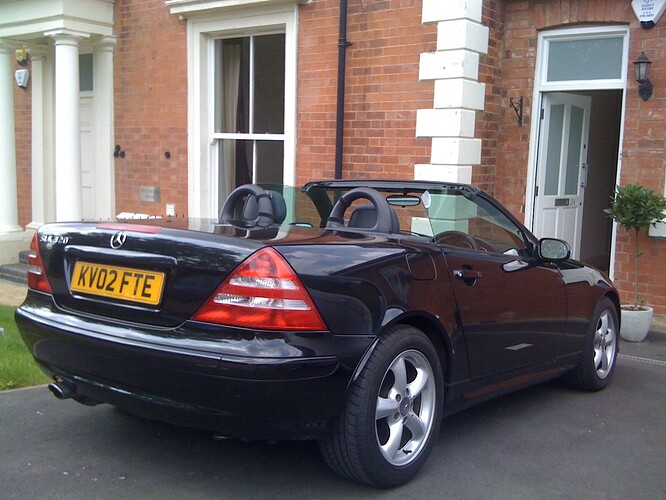 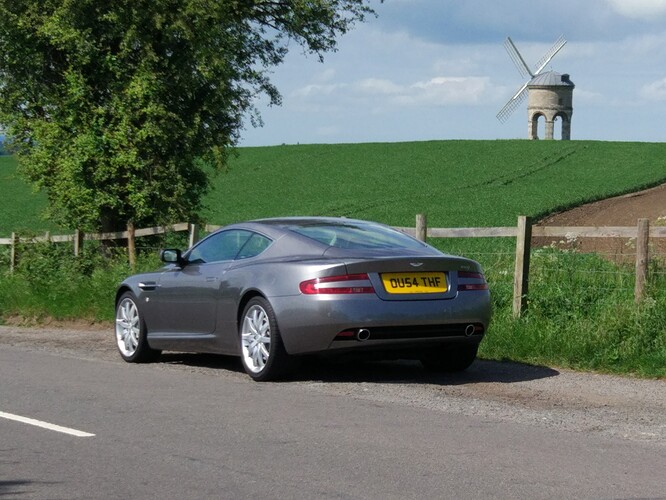 There’s an interesting, amusing and quite informative column on Pistinheads.com. 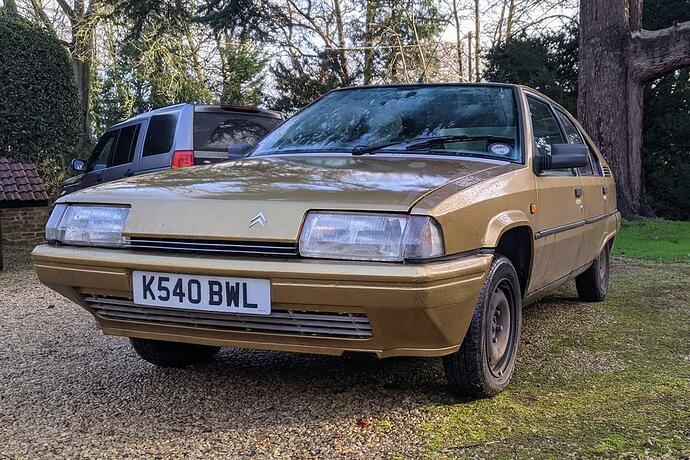 Brim the XUD tank with biodiesel and you have yourself a Bertone-styled French classic. In gold

Being slightly bord some time ago I starting making a list to see just how much money I’d wasted on cars over the years… it was quite long. The depreciation added up must be frightful.

My wife had another five:

and we bought my daughter a new Polo 1.4 auto when she got her licence. Great little car, served here wll for ten years.

The only car I have now that could be in the interesting category is the Morgan. 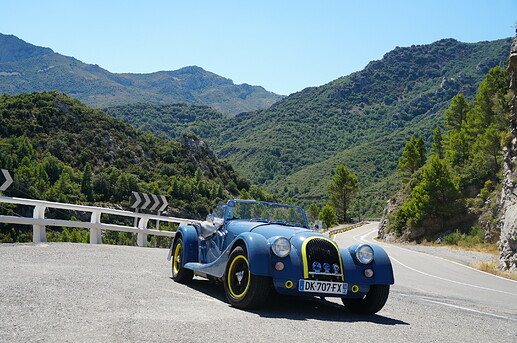 A true classic. None of the successors have bettered the original IMO.

Blimey, what exalted company, never went for speed myself, more of a classic man.

No photos but memorables were my 1939 Pontiac, 1938 Packard 8, 1952 Lagonda and a variety of large Fords mainly Zodiacs and Granadas.

The Pontiac survived a young woman walking blindly into the street and bouncing off it. So did she, thankfully.

The Packard, originally a straight 8 petrol was converted to a straight 6 diesel by a Nottingham bus driver who had sourced his new power pack from a written off 6-wheel tipper lorry. Didn’t need a fan, relied on ram air, except in a traffic jam on the North Circular when I had to keep stopping to cool it down. Another fault was its 3 speed gearbox and overdrive, the latter once engaged could not be cancelled before a drastic fall in revs occurred, by which time climbing any hill required an immediate change down to 2 as well. A planned trip to Spain with a mate came to an abrupt end in a forest near Troyes when the rear end seized up.

The Lagonda was wonderful, but also afflicted in the gearbox department. First gear would only work if the column change lever was leant on but it still out-performed from the lights in 2nd.

The top of the range 2.8 Granny auto was a real treat to drive too. Once we discovered why the oil in the gearbox boiled into foaming pink/white liquid from time to time. Apparently it was supposed to be cooled by being pumped through the radiator and the previous owner, on finding some sort of a blockage, merely by-passed it completely.

My poor mum used to call me once a week and first question was ‘what are you driving this week’ … she had to endure my Triumph GT6 taking her garage space for six months or so and then told me it was a nice car and I should have kept it. (only sold it because she wanted her garage back). Now i am down to one car, a three year old Volvo XC40 that has leaked since 2 years old and am currently in dispute with Volvo over warranty for it even though they have failed to fix the defect with one attempt already. Who would have thought that the Volvo would be the worst car I have owned so far and I’ve had a few Italian cars that you would expect to be trouble but weren’t. The Ferrari 355 had no electrical issue in the ten years i owned her - only 1,000 miles a year average but sometimes the less you use them the more they complain. 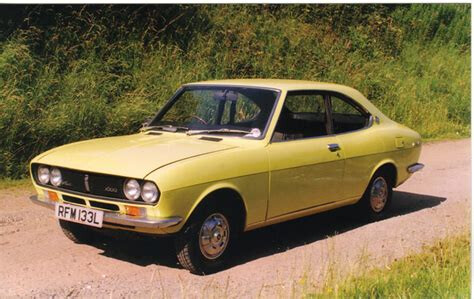 The picture is not of my car but was the same colour.
It was built for the export market (America IIRC) and I used to call it the yellow peril!
My lasting memory of this car was an accident at the Army & Navy roundabout in Chelmsford. I accidentally rammed a brand spanking new Austin up the rear end - the car had only been on the road a few days from new!
Mine had a small dent in the lower skirt (where the number plate was) but the Austin was actually written off as uneconomical to repair. The accident happened from a standing start at the mouth to the roundabout where the other car had been nervously “creeping” the left pedestrian barrier and I though he had gone and took off when I saw a gap in the traffic after a lorry on the roundabout suddenly pulled off without signalling.
When I took the car to the local Mazda dealership to get the damage assessed, the engineer put it up on the ramps and showed me why there was so little damage to mine… there was effectively a rolled steel joist across the front under the skirt!
No wonder the Austin suffered so badly - it just took out the rear subframe.

Reminds me of the time (1975?) when a Ford Escort skidded in the rain on the North Circular and hit the rear of my Volvo 122S - my bumper was pushed in about half an inch, the Ford’s engine was lying on the road. Your reliability problem aside, you can’t say Volvo don’t do tough!

but sometimes the less you use them the more they complain.

Peugeot Torigni-s-Vire want 1200€ to change the turbo. I am convinced the Mr Muscle oven cleaner trick is all that it needs. They’ve already had 900€ to change the particle filter. The anti-pollution warning light is still on.

It’s a smart, comfortable and useful motor, after all that. Will do well when I come to buy a place and cart stuff about. Just a pity it is doing that Peugeot thing - having problems.

A £995 trade in. Apart from the anti-pollution problem, everything works - and it’s got more gizmos than my Merc 230 SLK.

This was a beaut. Described by a pal in the motor trade as ‘exceptional’ - £3000k inc full service, FSH, 70k miles 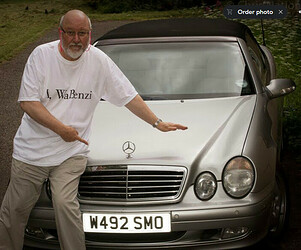 There’s a story behind the T-Shirt. A novelist friend wrote one called ‘I, WaBenzi’, a semi-autobiog of his trip from London in a dog-eared old Merc in ‘Afrika Korps Green’ to hang out with a Sufi sect in Konya, Turkey.

‘Wa…’ as the prefix to a word, in Yoruba, [I think], means ‘person of or people of’. The fat cats who ride about in blacked-out Mercs in those parts of Africa are known as The WaBenzi, people of the Mercedes Benz.

I used this shot as one on my entry in The Guardian internet dating site. I was contacted by woman who asked, “Does that really read ‘I, WaBenzi’?” It does. "Rafi Zabor lived in my house in Oxford for 6 months, writing the book’.

I had to choose between the 230 SLK and this 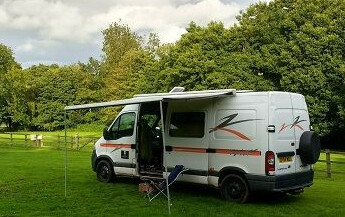 I kept the van. I still have it. it’s marooned in Weston Super Mare. I bought the Pug because I thought the van would be too problematic, admin-wise, over here.

So did this: 20-150 mph in 5th. V8 4 litre in a car no heavier than an MX5. A TVR V8S. I was going to get the plain vanilla S[1/2/3] with the Ford V6 3l but when I read in the TVRCC mag a comment, by a woman, that “Anything less than V8 is for wimps” I had to go for the V8S. And no, it was not unreliable. For 6 months I commuted in it from Maida Vale to Ealing, in rush hour both ways. Lots of use … when the owner-before-last bought it back from me he commented that it ‘seems looser’.

Various others. Someone tried to give me an Armstrong Siddley but it wasn’t a runner, so I passed. Ditto a Jag Mk10. That had vomit where the front seats should have been.

And I started, as someone my age should, with a proper Mini.

My first car was Hillman Imp too (fastback Californian version)

Very flash Mark. I could only dream of a Californian

Mine was a standard one in a rather unfortunate shade of brown. It also had pneumatic accelerator linkage which used to spring leaks.

If I’d ever got around to a bit of classic rallying a 123GT would have been my vehicle of choice. If you could find one. It probably still would be, but nowadays I might nod off on night stages.

They still pop up from time to time, John. Much cherished and immaculate they have the longevity of being (justifiably imho) loved.

Sorry no photos but my car ownership is notable mainly for its awfulness - certainly it does not match the classics that have been listed so far.