Any thoughts on this difficult problem?

I live in a small hamlet, 12 close-to-each-other houses with a through road. All sorts of vehicles - plus horseriders and walkers - use the road - locals as well as delivery vans, and LaPoste. In one direction the road leads to a cross roads (halt) 0,7km. Between the houses and the crossroad we have been finding tacks scattered on the road. This has been going on for 4 or 5 months. Every local has had punctures, one man who uses the road several times a day has had 4. Two Mairies are involved, both mayors aware, plus the gendarmerie.
The tacks ahave been found by walkers (my wife and I mostly); we walk to the close cross roads most days. We have found tacks 5 times in the 4 or 5 months. 20 or more tacks each find. Latest find 68 tacks, all within 2m of each other. On this find the road was definitely clear of tacks the day before. Suspect that when ‘low’ numbers were found the others had already embedded in tyres or had been scattered by tyres.
The patches of tacks have appeared in 4 or 5 patches, each just a few metres wide. The latest find was a patch only 100m short of the cross roads, whereas the others had all been nearer to the houses.
Locally we do have 5 trail cams, which autophoto moving animals, humans, cars, horses… so we did think we could cover the stretch of road, but the latest drop effectively means we would have to cover 500+m, which isn’t feasible.
Surely it can’t be someone who drives the road nor someone who has family/friends who drive it? The drops are something like a month apart, so perhaps we might have a visitor to the area that has a grudge about something. The road does contain a 100m stretch which is driven by some idiots much too quickly and this is where most patches of tacks have been found. So perhaps horse riders have been involved in dangerous situations.
All the tacks have been the same, so the latest idea is to visit local hardware shops in case someone has been buying locally. But this is not thought likely to lead anywhere.
The police are going to talk to all locals. Don’t know yet when this will be. 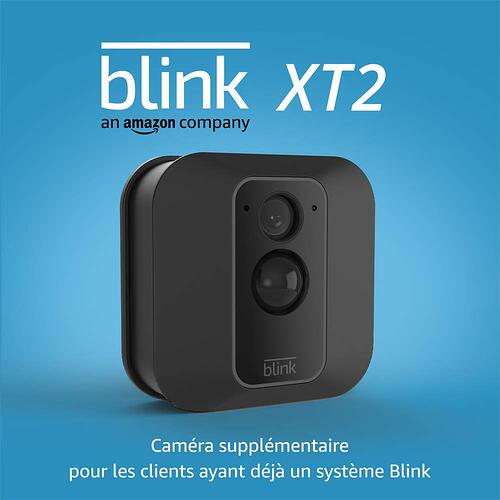 Filming people outside your property boundary is illegal in France without seeking their permission. People have much stronger rights of their image than in the UK and there are pretty severe fines. It can only be done by those in authority.

I’m afraid that you have to leave this to the authorities, so keep on reporting problems until they take action.

(Edit…I think live feed, with no recording of images, is less prescribed. So could perhaps set up a neighbourhood “watch”?)

Yes very strange. A lot of frustration and damage. As you sort of suggest it’s probably not anyone in the hamlet as your the ones getting the worst of it. It does have the air of a prank as what are the chances of catching say a given target with such a random approach. I guess the reality is your best hope is the person gives up. What about some ‘false’ cameras? What about a nice neighbourly notice on the roadside?

That’s an interesting point, JJ - but it surely applies to ‘intentional filming’? - so they want to make it illegal to film a gendarme at a demo, for example.
That’s not the point here. We have had cameras set up on our rural chemin to film animal nightlife, for example. Sometimes a walker gets filmed. We aren’t going to put it on FaceBook! Further up the chemin the local chasse have a camera on a regular sanglier mud-bath, to keep a check on the number of animals - which also films us, and other locals. No problem.
I can’t see what else lebeuil1 can do but ‘assist the police’ by setting up cameras to hopefully record someone carrying out a dangerous act. You really can’t expect the gendarmerie, or the maire, to have the resources (or even interest) to help. We had a similar incident a few years ago - tacks were placed across the end of the small chemin that serves only us and two other properties. Our French neighbours have regular habits (3 weekly markets to sell produce; Friday pm for shopping etc) and they got all the punctures. It seemed aimed at them, specifically. They got wise, and stopped before the junction; checked; and removed the tacks. That did the trick - the tack-layer stopped, because it was having no result.
There can be strange (to us ) feuds and enmities in rural communities in France. Left and Right politics are very real. Family disagreements are normal. Neighbourly disputes. Who knows what the motivation might be to do such a thing.
But it looks as though the 2 key solutions are 1] keep removing the tacks, so that the tactic fails; and the miscreant gives up. And 2] keep cameras in place for as much of the area as you can, in the hope of catching them in the act. Then the gendarmerie will have no choice but to act.

Just because people do things, and no-one complains, doesn’t mean they are legal. Although most of the sanctions are about taking images on some one else’s property, there is also control over images taken on public land. I suggest you look at the law on people’s rights over their image:

The issue would also be that any image would need to stand up in court, so it would be wise the check with the gendarmes first.

Personally I wouldn’t take hunters filming wild boar as the definitive precedent that I could do this! I know from photographer friends that France is pretty hot on image rights.

I have a wildlife camera for the garden a camouflaged thing. Personally screw the rules, catch the perpetrator and confront, saying you saw them. They will either back down or stop especially when you tell them youll tell the mairie and everyine you meet including those that suffered damage then let nature take its course

Whilst I appreciate your feelings/thoughts/advice on this…

Better to speak with the gendarmes and ask their advice/offer to help… but do nothing without their knowledge and support.

Fine provided the gendarmes agree to do something, if not …
Simply allowing an abuser to continue is not on.
The camera is to identify the culprit, saying you observed them doing it is calling their bluff.

The OP is asking for our thoughts…

My thoughts come from my own experiences (and that of others who have called on me for help when the shxt hits the fan)… during many years here in France.

As always, folk are free to disregard good advice…

Two Mairies are involved, both mayors aware, plus the gendarmerie.

The OP has told us that Mairie and Gendarmes… are already aware.
and, as I have suggested the OP can discuss things with the Gendarmes and follow their advice.

Then nothing more to say until we receive an update.

We’ve come across this sort of thing. After a while we realised that among the many individual families in the commune, almost everyone is related to each other. Some ancient family and neighbour feuds seem to be carried on for generations - not obvious to outsiders. The tacks are likely intended for someone in particular. An old or new grievance. I would pick them up, keep an eye open, use cameras if legal and feasible.

I think it might put them off if they knew that everyone was aware and walking the road, taking turns, to remove these tacks.

Problem is that if it comes before the police it will probably be you who is charged with an offense.

I once faced prosecution for taping a conversation , an admission of guilt from the guilty party who had embezzled me. The evidence was unacceptable in court but my message taping was deemed unlawful.

Yes so dont tell the authorities you videoed, just say you saw them. What you did was wrong without consent so inadmissible. Video would likewise and h
Get you into trouble

We had similar problems in the UK when the very elderly couple at the end of our terrace had a real “thing” about the somewhat irregular household next door and put a mat impregnated with nails on the road next to where the neighbour regularly parked his van. Another neighbour spotted him doing it after a while and challenged him. However, in this case, the perpetrator was clearly losing it somewhat and was frail, whereas I’d feel much less comfortable about challenging e.g. a group of 25-year-old burly young men!