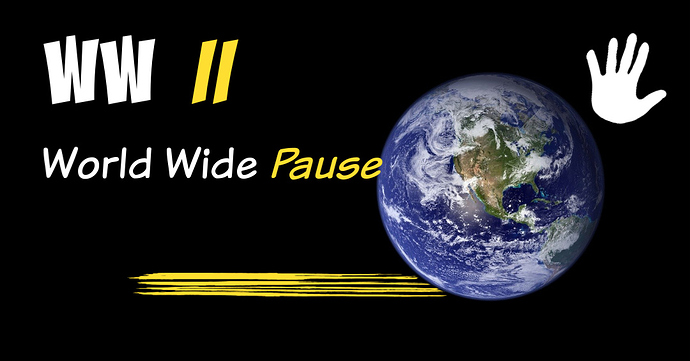 It’s the year 2020, and nobody ever thought something like this would ever happen. I mean, sure in the movie’s floods that wiped out entire countries, fires that swallowed acres of forest, marshall law being declared in the streets of America.

No, wait… Some of this has already happened. Yet I heard that there was talk about marshall law being declared in the streets of America. But, maybe that’s just talk and scaremongering?

But, let me get back to the story. I’m talking about the day when the whole world paused. Yep paused. Not like mother nature actually put the breaks on herself. Oh no, she kept spinning around in the middle of space as she has done for 13,5billiion years.

I’m talking about the madness paused, like someone pulled the plug on the treadmill. You know that treadmill you get on every morning with your cup of coffee.

It took all your efforts to focus on the day ahead and keep afloat as it did to try and keep that coffee inside that cup while running at full speed on that Flippin treadmill.

Then by scientific movie magic – everything came to a halt. It started with the 3 ply and worked its frenzy of panic right through the shelves to the disappearance of even the budget 2ply. I mean that’s risking infection right there. Who in their right mind would use 2ply toilet roll? The situation was looking sh***y indeed!

Public transport ground to a halt. Planes were grounded, borders were closed. Schools closed, exams cancelled. I mean, even the skies of China went blue.

People were confined to their homes while she, Mother Nature, went about her housekeeping. However, due to the World Wide Pause, something extraordinary happened. People began to reunite. Due to the human need of contact, those confined to City apartments came out onto their balconies and sang to one another. Those that couldn’t sing like Pavarotti played music. It was an open-air concert that even Pavarotti himself would have been proud of.

Families that couldn’t unite used video calls to virtually embrace and comfort their loved ones. Parents played charades with their little ones, finger painted, and even got painted by their kiddies. And, I also heard that hide and seek was played during the day. Midweek!

People began to understand what time patience meant, and their communication skills became fine-tuned. I mean they even ate around the table during meal times instead of in front of the TV. It was like a scene from Charles Dickens Christmas Carol but without the big cooked bird.

Groups within virtual communities were created motivating, encouraging, and giving moral to each other. Large corporations were forced to rethink the way they had traded since pre World Wide Pause.

All of this happening behind closed doors, while Mother Nature went about her business cleaning up the mess her children had created for so many years.

World Wide Pause, although sadly took with it many lives, it actually started an awakening for those that were left.

'Your Mother whos allowing you to walk on her once more now that your feet are washed, and your hands are clean. You may walk upon me once more. And when you touch me again with your baby, new hands do so with the love and respect that I have for you.