Sorry this will be behind the FT paywall so as well as the link some fair use snippets. 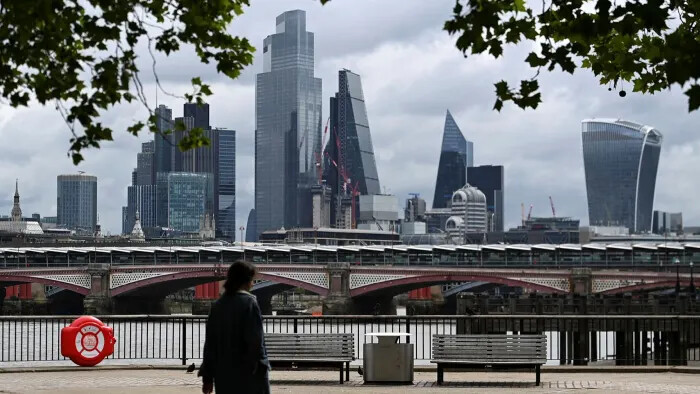 More like cost us £500M a week in lost exports.

Yeah but, there’s an Australian trade deal apparently, and the one selling cheese to the Chinese or maybe Japanese …

anyone for koala steak?

and the one selling cheese to the Chinese or maybe Japanese …

You mean the one which is worth 0.02% of GDP and will bankrupt all the Welsh farmers?

Yep, that’s the one. All looking rosy🤔

To add, while I think it is ridiculous (the Aussie trade deal) and catastrophic for UK farmers there has to be, as an Aussie farmers daughter / granddaughter (actually going back to European settlement pretty much great greats) a little bit of me happy for the Aussie farmers. They have been locked out of EU for a long time due to some hormones that are used, I dont’ think it is something widespread and if I understand nothing like the US style levels.

They have been locked out of EU for a long time due to some hormones that are used,

In the animals or the minister?

No panic, Gove has said that no UK farmers would suffer from that deal (a significant one as it’s the first big non-rollover post-Brexit one) and that they would get the same amount of compensation they got under the EU membership, so that must be OK, I’m sure they can trust the super trustworthy Gove. And then of course there’s the massive US deal to look forward to for our farmers…

I was a kid (farmer’s daughter) in NZ when Britain turned her back on us (and our soldiers whose graves are in Europe) and entered the EU.

There was a short small deal but basically it was a tragedy.for NZ that depended on those exports. It took NZ a long time to climb out of it and some things were lost in the process (some of that may have been a good thing). Thank heavens NZ is very closely linked to Australia.

Some of you may have worked out I am not always sweetness and light but just once or twice recently I’ve thought of this and think good that Britain now has to take some of its own medicine.

Factually I think we will be surprised by how well the UK will do outside of the EU after a short adjustment period. For one thing, we have the 2nd biggest arms industry, sorry I meant defence industry, in the world and that definitely is not dependent on Europe.

I fear this is also an attitude common in Australia.

My cousin, who lives in Perth, also says the farming community is looking forward to " sticking one to the Poms "

I suppose what goes round comes round.

sticking one to the Poms

Understandable but it underlies why trade agreements need more than Dunning-Kruger sufferers like Truss to negotiate them.

Part of the (multi-multi layered) problem here is that people like Truss don’t give two hoots about ordinary UK citizens, and by extension about the UK. The new strain of Tories, such as Truss, don’t actually make a mystery of their disdain for “ordinary” British citizens, they couched their hatred in that infamous book Britannia Unchained (2012, when she and others in that gang - Patel, Raab etc. - were mere MPs).

So it makes sense that the likes of Truss have no qualms about selling the farmers, or whoever else, down the river. The farmers, the fishing community, Northern Ireland were used as useful pawns in the über-nationalistic strategy that the Tories and the Leave campaign adopted to deliver Brexit and justify the consequences. The farmers, the fishers, the DUP etc. have served their usefulness now and can therefore be safely and gradually discarded. Any negative will be explained away as being the EU’s fault or the farmers’/workers’ “inability” and “unwillingness” to adapt in a changing world etc. That’s the business of the spin doctors and they generally do that well, they always find/re-used a convenient scapegoat onto which they can shunt most of the blame.

Meanwhile, the penny is slowly dropping…

Meanwhile, the penny is slowly dropping…

It’s not dropping far enough or fast enough - by the time people figure out that they have to do something, it will be too late. Indeed probably is already too late.

Not that Parliament is only allowed to look over the detail of these new deals after they have been signed into existence by government.

Of course it’s not, or it’s largely ignored by the mainstream media (Sky News, ITV, BBC, LBC etc.) who prefer to focus on much more important matters such as Meghan, some other royal or god knows what other footling matter. Or the vaccine, which gobbles up so much airtime, even now.

Hence my link about those Midlands farmers coming from the rather niche Central Bylines outlet and not the Beeb or suchlike (the Beeb of course, which supports the establishment and the powers that be, the DG Tim Davie for instance has scrapped the excellent Mash Report, “too leftwing”).

There really is very little appetite at the mo in England for this kind of topic, it’s controversial, fissiparous, complex, technical etc. and frankly seen as a bit “behind us” (and after 4-5 yrs of Brexit many people feel “brexited out”), so the main media have largely elected to only pay lip service to reporting on the consequences of Brexit. And as I wrote, there is a sort of unspoken sentiment that farmers (and fishing people, and the DUP etc. all fairly small communities) have served their usefulness and need to now “adapt”. The Tory propaganda and “pledges” (promises of matching the EU subsidies, promises not to damage domestic markets etc.) fill the gaps.

Eventually though they will piss everybody off, lets hope they haven’t banned elections by that point.