Some of you must have bought a LHD car with an EU country registration from a UK company. I will eventually have to sell my beloved RHD Skoda Superb Estate diesel and having grown accustomed to the exceptional efficiency (56 mpg load with a loaded trailer … on French roads), quietness and comfort I can only envisage within my meagre budget a Freelander 2, Honda CRV or Volvo XC60 Driv-E that remotely compare. The prices in France are bonkers so I plan on concentrating on British firms and, particularly, those specialising in LHD vehicles. Anyone with some good advice as I have read some shocking accounts of one firm. Both negative and positive advice welcome.

why? is it falling apart? Is it a "keeping up with the Jones’ thing for you?
Cars in France last much longer than in the UK which is why, in general, they are more expensive here.
I’m all for using a LHD car here in France. Ours is a diesel Seat which we resourced through a local garagiste here (Charente) which came from Spain at just about 2 years old with not a lot (1500) of kilometres use.
Great little car and very reliable.

When we first came over on a permanent basis, we bought a LHD citroen c3 berlingo from https://lhdplace.co.uk/

Our experience was that the company was quite professional, the car was fine and it was currently on French plates.

Any hesitation would be that it wasn’t really any cheaper than buying an equivalent quality second hand car in France and now, of course, there is the interesting import complication.

there is the interesting import complication.

I imported my RHD car when I moved just pre-Brexit. The logic at the time was that a)I knew the car inside out and had always had it serviced, so I was it’s history and b)the French LHD equivalent was far pricier. I do also have a LHD ‘good weather weekend’ car and I must say I actually prefer to drive the RHD on the European roads, and especially where I am where there are incredibly deep ditches on the sides of alot of rather narrow roads! When I eventually come to change my car I will certainly look into the overall cost of buying and importing from UK/other European country versus the cost in France. I think, like with most ‘stuff’ in France, people keep hold of their ‘stuff’ longer and therefore there isn’t the same turnover and availability as in the UK. Simple supply and demand I guess.

Obviously depends on your needs, but it may be worth looking at Reezocar, who will source your s/h LHD car from five or so Western European countries - Belgium, France, Italy, Netherlands and Spain. You’ll also get a twelve month guarantee, so there aren’t the problems of trying to deal with a UK seller if things go wrong.

Furthermore dry climate southern European cars are less likely to have encountered salted roads and the body work will be in better nick.

We needed a small 4x4 and the local BMW X1s were all 2WD, but through Reezocar we got a much higher spec German car for less than we’d have paid in France. It also came with a twelve month guarantee which is better than you’ll get frol a French garage and a three year German contole technique equivalent. Reezocar handled the import admin, right down to getting Fr licence plates, and what we paid to have it delivered to our front door in SW France was much less than the cost of collecting the car from Paris.

Lastly, if none of that appeals, maybe consider a Dacia Duster, they’re cheap and very popular.

I must say I actually prefer to drive the RHD on the European roads, and especially where I am where there are incredibly deep ditches on the sides of alot of rather narrow roads!

We have deep ditches and narrow roads too but if you’ve got an SUV with larger wheels, you can be more confident about making room for oncoming traffic, also if the car’s LHD, it’s a lot easier to overtake slow moving tractors and the like.

A later addition: I drive a lot of narrow windy roads particularly in the Cantal where there’s often only the split second warning of an oncoming car. It’s just struck me that if two vehicles are approaching one another, with little advance warning, if both are LHD, there’s a much better chance of one driver spotting the other when approaching a bend. And, for me that’s the LHD clincher!

The other advantage of a Duster over more expensive British, Japanese and German cars is that the power train, brakes and suspension are all run of the mill Renault parts, many of them (like the 1.5 DCI engine) are used across the Renault range.

They do creak and rattle though, just like any older Renault.

Did look at a 4WD one (ours is 2WD), but the rear diff location means that the boot floor is 10 cm or higher than the 2WD version which loses you a fair bit of boot space.

The prices in France are bonkers so I plan on concentrating on British firms and, particularly, those specialising in LHD vehicles.

I’m sure you’re already aware of this, but you’ll be liable for 20% VAT and 10% import duty. Make sure to let the dealer know that the vehicle is intended for export so they can zero-charge the VAT, otherwise you’ll pay it twice. Of course, if buying a 2nd hand car from another EU country then the VAT issue doesn’t apply.

Make sure to let the dealer know that the vehicle is intended for export so they can zero-charge the VAT, otherwise you’ll pay it twice.

The linked article below is worth a read as it details the different ways in which (UK) VAT can be applied to a used car. This obviously effects any potential VAT refund upon export. 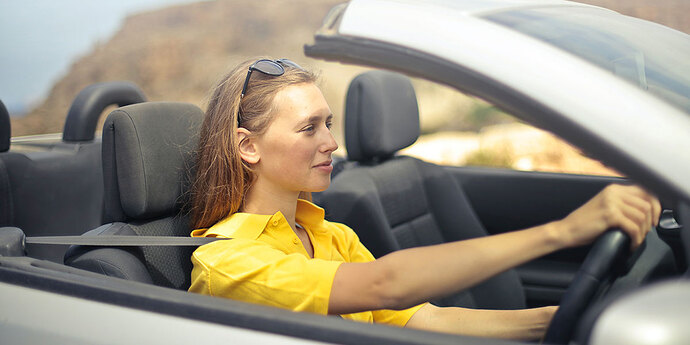 Is there VAT on Used Cars in the UK? | My Car Credit

Searching for a second-hand car? We explore whether there is VAT on used cars in the UK, including the different methods.

Have successfully bought a fewcars in UK… for France … but these were RHD and I had specific requirements and only found what I wanted over there.

However, I would not buy LHD from UK…
Buying here means no quibble/hassle with aftersales/guarantees etc etc… and buying from locals (if poss) gets extra attention/goodwill etc.

The linked article below is worth a read as it details the different ways in which (UK) VAT can be applied to a used car. This obviously effects any potential VAT refund upon export.

Graham, On the contrary (falling apart), it’s wonderful but now too long for us, RHD, too low ground clearance and when it’s time to sell it having registered it in France there will be no demand being RHD unless it’s returned to the UK with all that that would entail.

Angela, Thank you. This is exactly the type of response I was seeking. This company is one that I understood to be a bonafide outfit and I almost bought a LHD Skoda Superb Estate from them (ending up spending £4,000 less for my RHD on the understanding that I would sell it before committing finally to a LHD car).

I think you might be surprised. There are many (not us I have to say) that cherish RHD cars in France for all sorts of reasons and an estate is often seen as particularly attractive.
Our first car here in France was a LHD estate bought from a Brit returning to life in the UK. It was extremely useful in moving stuff over from the UK to France when we moved here 14 years ago. Someone moving the other way (FR to UK) might equally find it useful.

Thank you. Where we are now based and tend to drive these days the ditches don’t bother me along with overtaking as, generally speaking, I am either not in a rush or find that I can drive at max. legal speed along with everyone else. However, I completely understand and agree with you as I used to live near Sigoules and every day there was a risk of being ditched. Angela has given a positive for a UK company as has Dr. Mark (Reezocar). I have looked at the latter already and my understanding from past communication with lhdplace is that as well as selling cars they have some good arrangements with a Dutch company. It might even be their company. Something I failed to mention in my original post was the high mileage of continental vehicles (and motorcycles).

I’ll be back in France tomorrow so given what you have stated I might do some fishing. Leboncoin?

Understood but far too expensive and high mileage.

Tried them along with the Suzuki Xtrails but too primitive/uncomfortable.

Our local garage here (Manche) sold me a second hand LHD car with a very low mileage (7000km) at a very good price. Have you talked to your local garage @jovis