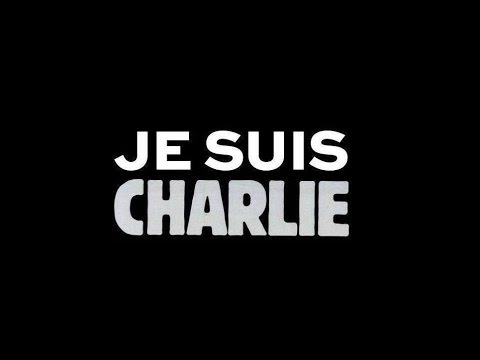 Beautiful brief history of the magazine / people involved - makes it clear why French people of all generations are so affected by what's happened. 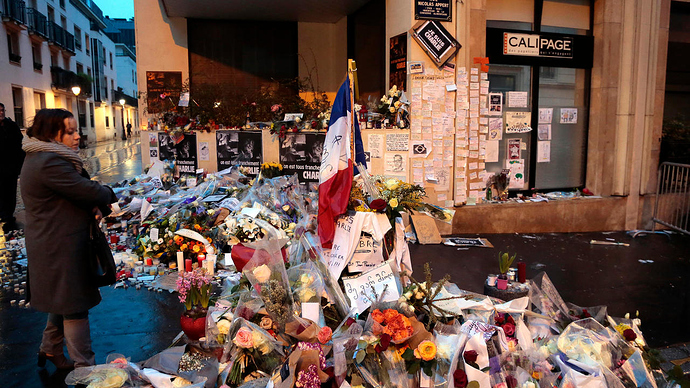 The trial for the January 2015 attacks on satirical magazine Charlie Hebdo, police officers and a kosher supermarket opens in a Paris court Wednesday, after more than five years of investigations and…

The words of Emmanuel Macron make it abundantly clear that freedom of speech rules in France and that ‘blasphemy’ is not a legal term here.
No burqua’s allowed here either, thank goodness.

Why thank goodness Jane? After all, with masks and sunglasses we all are pretty well covered up now.

It’s what the burqua represents more than just the face covering as in the case of masks and sunglasses, if I read the comment made by @Jane_Williamson correctly…

Both of you are quite right!

What does the burqa “represent”? To whom does it represent whatever the answer to that question is?

“For many men and women, the burqa, the niqab, or any clothing that covers the whole female body including the face, is a powerful symbol of the oppression and subjugation of Muslim women.”

And @Koutalakis ask to know to whom is the burkha the symbol, as well as what does it represent. @graham quote doesn’t adequately address either question, in my opinion.

One could reasonably argue that the burkha symbolises subjugation to some white middle-class representatives of Western intelligentsia, but it says nothing about what it represents to the Muslim women who wear it. And that presumably is at least as important, if not more important, in the wider scheme of things.

My guess is that many muslim women, whatever they wear, would agree with Graham’s quote.

I worked in Sarajevo for a few weeks 20-odd years ago - soon after the siege - the city was still full of ‘Sarajevo roses’. I was privileged to be taken with a number of the participants on the course I was teaching to watch a sufi ceremony - which was incidentally many hours long and included the ‘whirling’ phenomenon. As a man I was able to sit on the edge of the all-male ceremony, but our course participants were mainly women (and mainly muslim) - who had to sit behind a screen in a gallery (they could still see the ceremony, but the point was they were invisible).

After the ceremony, we gathered in a group outside the mosque, and the discussion turned to the experience of sexism. Two women wearing burkas walked by, and one of our group - with surprising sudden anger - commented ‘I hate that’. All of the women - some wearing hijabs themselves - vehemently agreed, and all saw the garments as imposed either by general social pressures or by specific men - and nothing much to do with religion. I just listened (wisely, I thought).

This was my first acquaintance with the controversy over (some) muslim women’s dress, which would hit western headlines 20 years later. They may, of course, have been atypical - they were in fact highly educated senior managers in Balkan NGOs - but their views have always shaped the way I see this controversy.

@Peter_Goble, you have summarised my disquiet with @graham’ comment. Seven years in Middle Eastern countries (crucially, neither the Emirates nor The Kingdom) taught me that there is a sharp divide between what we “white middle-class representatives of Western intelligentsia” feel such garments represent, and what the wearers of said garments themselves believe about the wearing of them. Although this is merely anecdotal, in all those years I only met one woman, a teaching colleague, who abandoned the covering (but not the religious faith that ‘accompanied’ it), but that had more to do with her getting divorced, and after having finally fulfilled her desire/obligation to do Hajj with her elderly mother. Whenever the subject came up elsewhere, it was either dismissed as irrelevant, or as precisely as you indicate, an outsiders’ ‘take’ on a faith-specific custom. “We” may well see it as a symbol of “oppression and subjugation,” but if those supposedly oppressed and subjugated by it do not, then your comment has even more weight…

But there are many problems with this perspective - not least my own anecdote (see the previous comment) that (at least some) women within the cultures concerned do see and experience it as oppressive - and this has been documented by others many times, falsifying the idea that different views are simply conditioned by ‘western’ ideology. (And the idea that this is ‘middle-class’ is surely just mischief-making - with the ridiculous implication that ‘western’ ‘working-class’ people are perfectly at ease with such cultural differences.)

What certainly does deny experience of oppression is the idea that it doesn’t exist if you are not aware of it. ‘Consciousness raising’ was central to the early ‘women’s liberation’ movement - and there are thousands of valid explorations of how all kinds of dominant social ideologies create ‘false consciousness’, ‘bad faith’, etc. By definition, this is something we only become aware of through a process of personal growth and exploration.

People often misinterpret Aldous Huxley’s book Brave New World: the real issue is not that society’s oppression of the hero that sees through it - but that of all the thousands kept unaware of their narrowly confined lives.

Women who have only lived in that ( Middle East) environment will see it as normal and right,women such as you experienced Geoff will see a much bigger picture
I certainly don’t think we should dismiss it as ‘a middle class’ thing that in itself is discriminatory

Indeed there are, @Geof_Cox, and I must admit there is not much in your narrative that I disagree with. The one thing I will take issue with, however, is the analogy with the ‘consciousness raising’ groups during early waves of feminism and pre-feminism, on the grounds that these explorations were initiated and driven by the women concerned themselves, not a narrative laid over them by others. This, then, gets close to the heart of my original question: do those wearing said coverings feel oppressed and subjugated and, if not, is it because they are experiencing a false consciousness, as you hint at, or is because “we” the other feel they are, from our lofty position of being able to recognise their oppression and subjugation despite their not experiencing it as such? It is here that we appear to have no choice but to resort to anecdote and interpretation of experience, and certainly in mine neither the many ‘Mujahababes’ (the term was the title of a best-seller), nor the local Shia’a, nor the Palestinian refugees in the camps I worked in (and, later, the Syrians and Iraqis in Jordanian camps) expressed their disgruntlement with this aspect of their existence, which leads me to tentatively believe that the other, the “we” who view coverings as oppressive and subjugatory, have the greater problem with it, but we assuage this by creating a straw man that we can legitimately hang an analysis on, one which has the added advantage of allowing us to claim some putative moral high ground: ‘it is not a real issue in my/our life/lives, but on behalf of those less fortunate than ourselves…’

Not just the Middle East @Eddie, but SE Asia, parts of North (and East) Africa, not to mention many of the 'Stans, also contain majority Muslim states where this is the case.

You quoted the Middle East as your personal experience I reacted to that , I know there are many more Muslim countries

Usually the difficulty Western people face in understanding religious practices is
a. we have science, and our own post-faith narratives: we believe we’re much too developed to believe all that faith nonsense
b. we’re quite intolerant - and certainly suspicious - of any non-secular worldview
c. in France, in particular, we have the idea of laicité
d. we don’t recognise that atheism is itself a faith
e. we look on faith as a consumer/lifestyle choice

We” may well see it as a symbol of “oppression and subjugation,” but if those supposedly oppressed and subjugated by it do not, then your comment has even more weight…

I lived in NWFP in Pakistan and the Pakistani and Afghan women with whom I worked were quite clear about it being something that was imposed and an excuse to tyrannise them and or make them invisible - they would have been happy to have just a dupatta slung over their shoulders like the middle/upper class Pakistani women.
When I lived in ﹰSyria only very old rural ladies wore a hijab and generally nobody had anything on her head. The Iranian students had to wear a chador because the embassy spied on them and if they weren’t seen to be strictly observant they got sent home.
In Egypt wearing a hijab was a political gesture of 2 fingers up to liberalising politicians, made by young women - all the older women who had fought to get education and not have to stay at home or go out covered up were horrified. Certainly when I lived there that was the situation.
I think a man is going to get a very different impression, since he will be speaking only to relatively emancipated women who probably have all sorts of material advantages the ones I am thinking of do not, and for whom wearing even a burqa isn’t actually that much of a big deal, just like putting a coat on to go about your life outside without being noticed in the street. That’s how I felt wearing mine too.