Chris Grey. Always worth a read

“The UK is “running a natural experiment in what happens when you run a trade war on yourself”.

It is now just over six years since the start of the official campaign for the 2016 referendum, years which have transformed and polarized B...

Yes - accurately locates brexit within the Thatcherite ‘deregulation’ agenda - and of course now they can hardly deny it is failing ‘every Brexiter, from Nigel Farage to David Frost to Iain Duncan Smith’ ascribes it’s failure ‘to a lack of deregulatory zeal’. Brexit was just not brexity enough!

Agreed, his blog is a must-read on a Friday morning.

I have to thank you John - I must admit I’ve been forgetting about it - busy days - but this link reminded me. Looking forward to tomorrow’s!

A reminder of the damage brexit continues to do in the UK - eg. the estimate that it is behind 80% of UK inflation, and the reason the UK’s cost of living crisis is so much worse than its neighbours - is particularly apposite for French politics now that the Socialists, Communists, Greens and France Insoumise have agreed to stand together as ‘The Social and Ecological People’s Union’. Given Mélenchon’s prominence, and the inclusion of the Communist Party, this is bound to have a strong euro-sceptic thread - which of course also runs through the parties at the other end of the political spectrum. 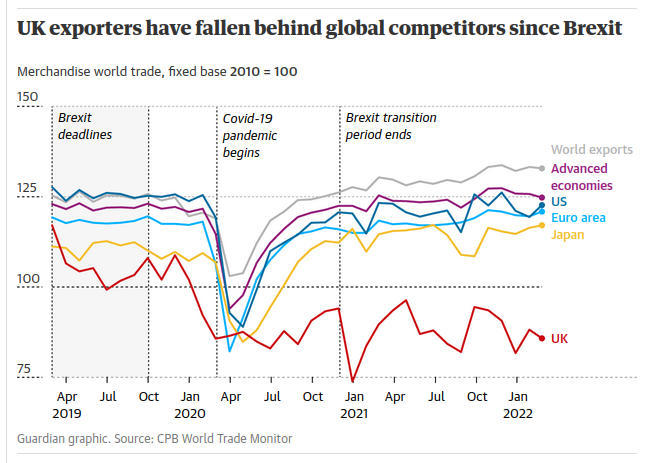