Could this be a stroke of genius?

A cynical person might imagine that as the heat comes on over Johnson’s chumocracy a meaty diversion is urgently required. 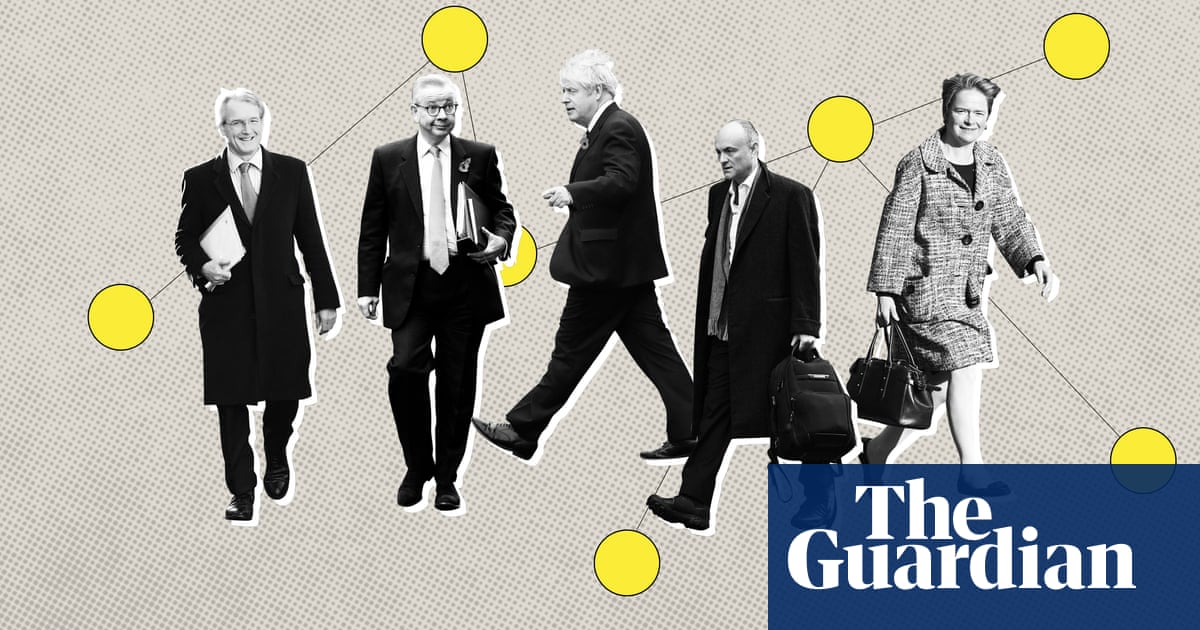 'Chumocracy': how Covid revealed the new shape of the Tory establishment

Then along comes the Greensill collapse and who should have his fingerprints all over it? None other Bojo’s old college chum David “I’m going to put an end to lobbying” Cameron.

It seems Cameron was texting away from his shepherds hut HQ putting pressure on all and sundry on behalf of the failing Bank. Albeit, before it actually went belly up.

What better diversion than throwing a chum and an ex PM at that, under a bus (and not one with 350M to the NHS on it)? 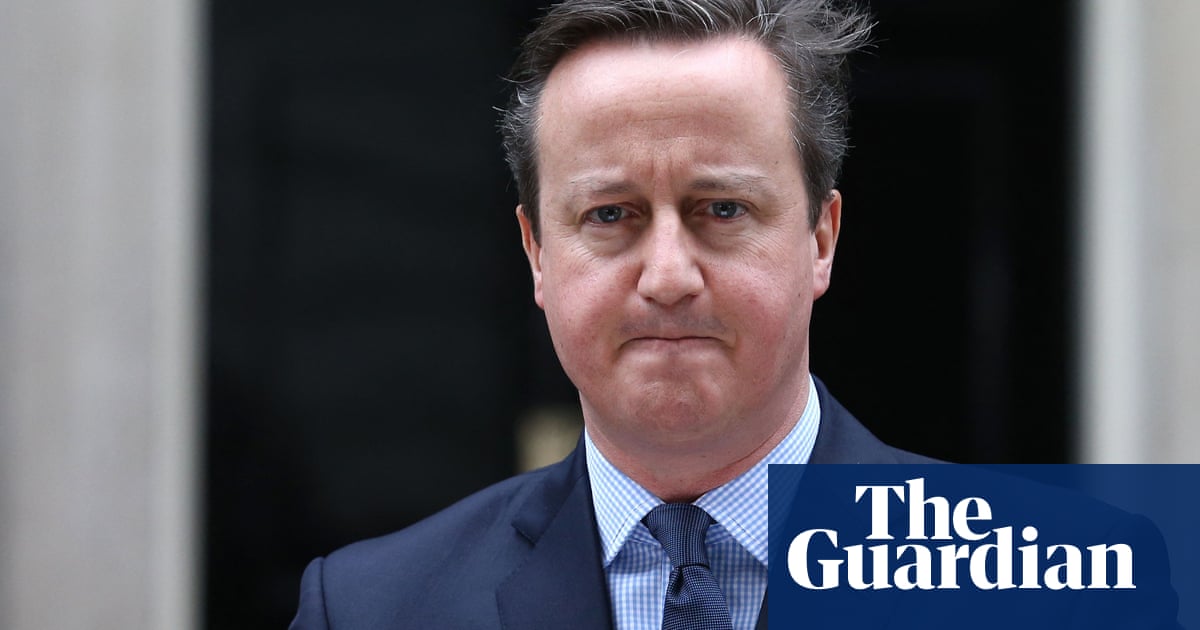 Has Bojo pulled yet another stroke?

I’ve tended to see them as rivals rather than chums anyway - Johnson always wanted to be PM and I understood hated his near-contemporary at Eton for getting there first.

I heard that the bloke doing the enquiry is not entirely a disinterested party and that it is going to be in secret anyway. So we will see how it plays out.

No I don’t think they were really chums either Geof, but it plays well as him not standing in the way of serious enquiries into his “pals”. Meanwhile the Covid procurement issues languish.

And of course there’s the fact that one of the, if not the only, potential rivals for the top job, Dishy Rishi himself, is also indirectly implicated. His Covid support packages and the fact that he’s not hideous to look at like most of them had done wonders for his image, making him I suspect far more popular than Bojo the clown, and here he is being drawn into a scandal…

Ah! I see the Boris Bashing coterie has come out to play - France is not and never will be a shining example of Democracy but continues to prosecute those in it’s highest offices for serious offences of corruption albeit it takes an extraordinary long time and always seems to result in the sentence being suspended, relaxed or set aside. I live in France and really couldn’t give toss about what goes on in a Country l left many years ago and in which l have no say. What happens here in France on the other hand is of enormous interest

Ahhh Dan, skip the whataboutry or take it elsewhere please. This thread is about assessing how sneaky Johnson is (as might be construed from the title). If you want to complain about France then start your own thread.

Ahhhhh! John I’m sure you would like to write my posts for me but that isn’t going to happen whilst this forum allows free speech and posts conforms with the ‘dinner party’ rules. Your hatred of Johnson, IMHO, clouds any reasoned and intelligent discourse with regard to the current UK Administration - Why don’t we just agree to disagree .

So Dan, your express intention is to disrupt the discussion I have tried to initiate? Personally, I think that’s a tad sad

I don’t want an argument, I want people’s views.

No intention to disrupt - l was expressing a point of view - Surely we are allowed to take this discussion about your allegations of serious criminal negligence by Johnson and others in his circle in the direction we choose - Isn’t that what free will is all about - Otherwise if all you want is sychophantic posts of support for your biased views l think you have misunderstood what a debate is.

Once again Dan, you’re post doesn’t address the topic and you have a go at me.

And isn’t your expression of a ‘point of view’ also ‘biased’? So, are you actually in favour of what has happened?

Given Johnson’s well-documented track record on honesty and probity; I find your seemingly trusting defence of him either remarkable or naive. However, out of politeness, I’ll ascribe it to the former.

This is a very narrow perspective Dan. I guess my wife and I are a bit unusual in having lived and worked in lots of countries, and having friends and relatives in many - including a daughter in Wales.

I’m currently most interested in Myanmar, and correspond with friends there a lot - what’s going on there is so much more life-shaping than what’s happening here - for them, not for me, it’s true - but then I don’t see these things just in personal terms. I’ve often thought about starting a thread here on Myanmar - but of course suspected that those of a more parochial persuasion would not just gracefully leave those interested to contribute, but object to its very existence.

I’m one of many here though endlessly fascinated by cultural, political, etc, differences between places and countries - and the UK is bound to feature highly in such comparisons. It doesn’t matter that it actually affects us personally less now we no longer live there, because it’s not about self-interest - the point is to expand our understanding through discussion.

thing is, though, defo don’t want Rishi moving as we are going to need a very, very good Chancellor to get the UK out of this mess

we are going to need a very, very good Chancellor to get the UK out of this mess

We’d better start the search ASAP then. Hopefully Sunak will agree to caretake until we find someone.

My father spent most of WWII in the then Burma, and in the Fifties we seemed to have a lot of memorabilia of that time floating around the house - including a bullet-riddled Japanese flag that we used to fly over our ‘den’.

Sadly, today, I think despite Aung San Suu Kyi 's ostensibly strong links to some elements of the British establishment, Mynamar’s insufficiently important for the outside world to do anything other than make disproving noises.

The country was indeed created by colonialism. For my sins, I had to read the Burmese Companies Act, still in force but actually imposed during the colonial period, and largely copied out of the UK 1856 Companies Act - I was appalled by how out-of-date and inappropriately ‘British’ it was: colonialism shaded into fundamentally similar military rule and essentially froze the country’s legal/financial infrastructure in the Victorian world. Much the same was true in every area of life.

By 2017 (following the 2011-12 democratic reforms) young people were still only just coming to understand the detail and depth of oppression - and how it had to be changed. It was a time of great hope - I was reminded of Wordsworth’s reaction to the French Revolution - ‘Bliss was it in that dawn to be alive, But to be young was very heaven!’

It is, of course, the fact that they briefly tasted liberation that makes their struggle against the coup so determined now. But it is, as you say, largely up to them. China is only really interested in its own economic interests there (which are enormous), and without China the rest of the world is pretty helpless in terms of any significant action.

Dishy Rishi himself, is… not hideous to look at like most of them.

But tell me Kirstea - isn’t Johnson ‘dishy’? Some women obviously find him so.

If Johnson does see it just as a useful distraction from corruption closer to home - with perhaps the added benefit of hurting the old rival that once out-did him - it appears this morning to be a trap Starmer is heading straight into.

Interesting to know that you have connections on the inside with old Etonians Geof.