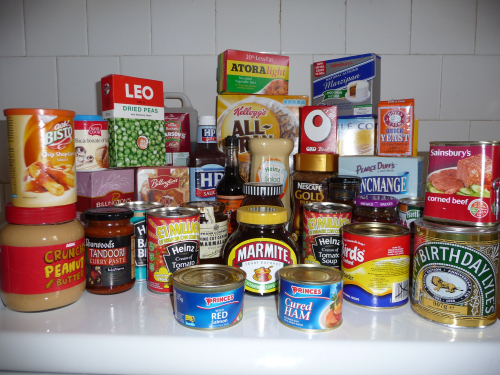 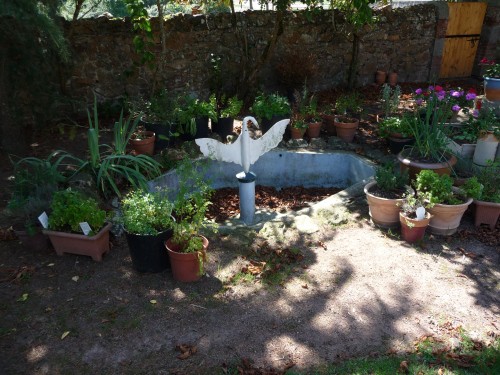 Every picture tells a story so they say.


One is of a dubious collection of tins and packets from my larder, and


the other is of my organic herb garden.


They represent two opposites in food values – that much is obvious, but


how are they connected?


food types. For those who are unaware of what these are, let me


Broadly speaking, in the red corner, we have Good Food, and in the blue


corner we have “Bad Food”.


Mr. Hayward is far more expansive than this in this article, but I am


sure you are getting my drift here.


The author talks of his moral compulsion to buy organic/ethically


good, fuelled by an unease over incurring the potential wrath of “The


Food Police”. He additionally has the occasional dilemma between


indulgent parents were paying) Despite this, she wavered over choosing


of personal food ethics. Her resolve to choose an alternative clearly


signalled her feeling that somewhere the Food Police that Mr. Hayward


So, what do I think about it all? I am likewise challenged with the same


problems from time to time. My garden is organic and I am proud of


this. My eggs come from my sister’s chickens, a lot of my meat comes


from my neighbours free range animals, we have a “Bio -Coop” nearby, a


nirvana of ethically produced, organic food that I am irresistibly drawn


to week after week. I have already praised our local market here


earlier in this blog.


However, I cannot be a hypocrite. The first picture in the post is a


by way of visitors from the UK and my trips there by car. Even the most


“bad food” here. Take the large jar of peanut butter for example. My


mother brought that back recently, after I had specifically requested


“the trashy stuff” Ironically, I make my own from whole roasted nuts and


it is rather good, even if I say so myself.


comfort food, and for me the foods pictured above are high up there in


I remember the time when I was recovering from a bad shoulder injury. I


existed on a diet of Heinz Tomato Soup, Rowntrees Fruit Pastilles and


you with, other than to say they all taste good, despite the dubious


I believe that life is about balance and compromise. A modicum of trashy


food countered by something that is nutritionally sound will ensure an


acceptable equilibrium – If the food hails from a locally sourced,


ethically produced or organic provenance so much the better.


One thing is clear here. It MUST taste good for us to enjoy it,


where the pleasure factor is totally absent.


Mr. Hayward decides that the taste and enjoyment factors are to be his


I hope this post does some justice to Mr. Hayward’s article which I


enjoyed, and that the sentiments I feel are duly conveyed in this post.


To conclude, I am currently pawing through Nigel Slater’s “Appetite” –


One of my favoured authors, who sees fit to have a full page picture of a


packet of instant noodles on one of the early pages of the book, and


quotes Smarties as a store cupboard staple. Both have additives that


would make your eyes water, but they taste great.


You get the point? Good.