I deleted both my comments and Jane deleted the bit that referred to mine which had been deleted… what more is there to do?
Tell you what… I’ve got more pressing issues on my mind just now
Topic muted

A neighbour of mine disappeared from his house, neither I or his sister could find him. His sister said she’ll call the mayor, while I continued to search, and found him, sleeping naked on the mud floor of a nearby barn, and this was in winter. I made a phone call and the pompiers turned up, along with the mayor, 2 gendarmes and some other neighbours, and he was persuaded by the pompiers to come along to hospital, and he never came back, suffering from schizophrenia.

While I had a last look round his house to make sure it was secure, I heard a cat miaowing from behind a locked door, and I couldn’t find a key. I called the 2 gendarmes and said that if the key couldn’t be found I’d cut a hole in the door. The male gendarme found the hidden key quite quickly, but just before he found it, he swung round at me rather alarmingly, demanding to know how I knew there was a cat in the locked room. Suspicious minds!

Thought that was entirely unnecessary and uncalled for under the circumstances. I miaowed at him.

When I first came to France there was talk in the English community, mostly on AngloInfo in the 90s, about France being thought of as a bit of a police state.

It isn’t, but there are good and bad cops, but mostly good I think.

Can’t remember if I’ve posted this before, however, I decided to get myself a caravan as a spare bedroom – friends staying, crowded etc - some years ago. Not knowing anything about towing caravans on public roads I had the bright idea of asking at the local gendarmerie for information/advice.

One gendarme started flicking through a very thick book but found nothing. But while he was doing that, I was asked by the other more senior gendarme who was I, because he’d never seen me before.

After taking my name, address, and telephone number, and asking for my driving license, car insurance and Carte de Sejour, he disappeared, then came back with my documents and said that copies were now on file!

This was in the mid 2000s. I went along with all this fairly calmly, just in case I upset him! But much more recently when my credit card somehow got hacked, my bank sent me along to the gendarmerie for an essential legal document, and they couldn’t have been more patient and helpful.

I don’t find it entirely unsurprising that a group of largely middle-class, middle-aged, upright gentlefolk only have positive things to say about the police. Different segments of the population may see things slightly differently - and I don’t mean those who break laws, just different sorts of law-abiding people.

Which is not to say that there aren’t nice people in the various bits of the police force. Of course there are. But there’s also a lot of documented evidence of extremely bad behaviour.

They are a law unto themselves. Speaking from personal experience!

Many years ago our car club was at Leclerc, Perigueux. We were all offering rides for a small sum which was given to Cancer/Telethon whatever was going-on at that time.

I made a sign offering rides for 2€ or whatever was the going rate… and placed it onto the windscreen of the police car, which was parked just across from our car (no-one in it, no-one in sight).
My French pals looked a little askance, some looked worried… no-one smiled… which I found a bit odd.

Anyway, some time later a very large Gendarme came over and spoke with our gang, finally working his way over to us… He spoke rather fast and I thought I had misheard so asked him to repeat his words… nope, I’d understood correctly… he was “inviting” us to go with him in his car… and he said this with a very straight face.
He looked so stern, I looked around… our pals were pale-faced.
I did my usual beaming smile and offered my hands up for the cuffs… apologising for the sign but saying it was simply a moment of fun… and it was all for a “good cause”.
Phew… he beamed back and said "and this is only a moment of fun too… "
Good grief, I’d nearly wet my knickers… and I’ve behaved myself ever since…

I would never “cross” a gendarme or other officer of the Law… just in case my smile fails… I’ve learned my lesson.

Train breaks down ,on Saturday passengers are redirected to a coach - Everybody is a little agitated and then the cops use gas to push back the passengers trying to get on. Perfect example of excessive behaviour. 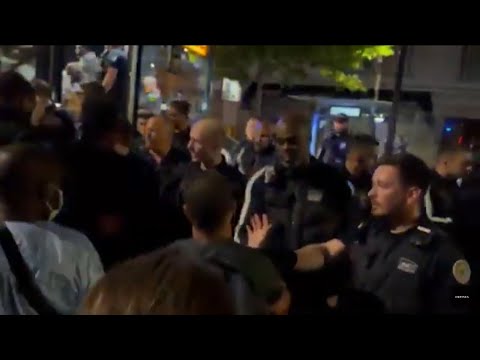 The violence of the French police is not new, but more people are seeing it now | Mathieu Rigouste | The Guardian

Terminal judges “very shocking” the “outrageous” remarks of Mélenchon on the police - The Limited Times (newsrnd.com)

eg the mayor of your commune, who has arresting powers as do I think the 1st and 2nd adjoints.

Oh look, another case of excessive reaction ending up with serious injuries. 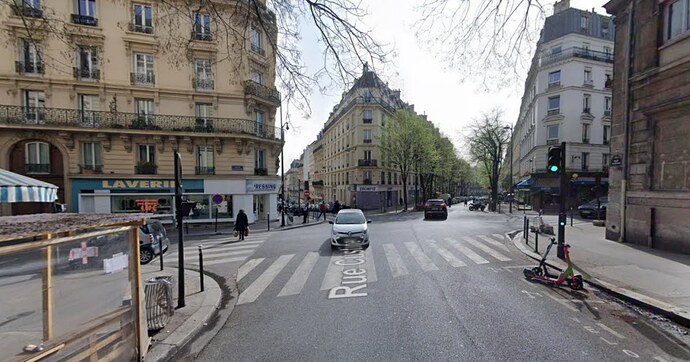 Frankly, I would never deliberately “cross” anyone. It’s just not my way. 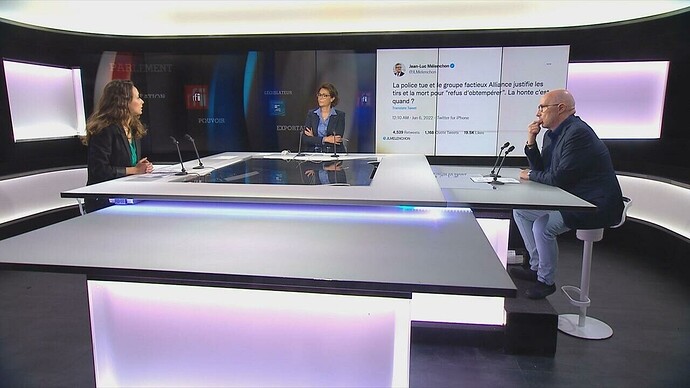 But presumably have always been well-educated, well-spoken and eminently respectable? And although you might have periods of your youth with little money I imagine you always had expectations of achieving a comfortable life.

I consider my life to have been amazingly privileged in general, apart from some nasty bits of anti-semitism, and have been distraught at the difference between my experience and others I have encountered. It shouldn’t be like that, but it is. Do you not recognise that others aren’t as lucky as you, and have different, less pleasant encounters?

(Your 50 years experience of France is 50 years in a certain niche, so doesn’t prove anything really. I first came to France at the age of 3 months, so have long experience too but it means nothing.)

If all folk were middle class and upright ( well, at least before wine o’clock!) then the job of the police would be so much easier and they could afford to be nicer. Unfortunately, egged on often enough by the likes of the BlacBlock anarchists, drug dealers and a mishmash of extremists of all shades, they come under attack and react or overreact accordingly. And become more distant, harder, jaundiced and extreme.

There are interesting insights in this: 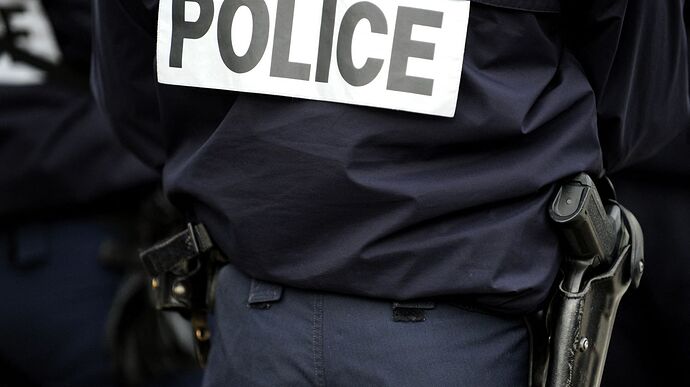 On a forum we discuss and often mention certain aspects of our lives and our experiences, but that does not necessarily give the whole picture and for anyone to draw conclusions from the info shared could well be most unfair and/or inaccurate.

A bit of history for you immigrants, though I imagine you’re mostly white Christians.
France in the 60’s at the end of colonialism… 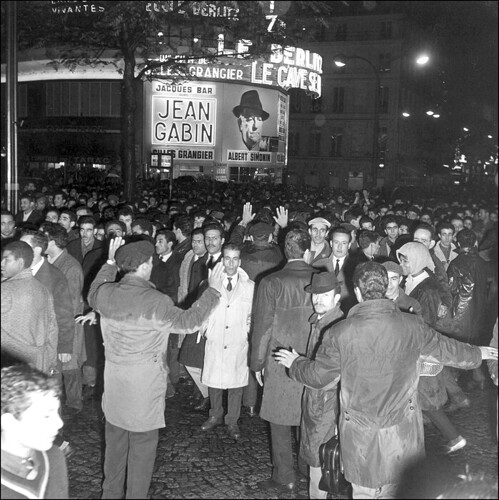