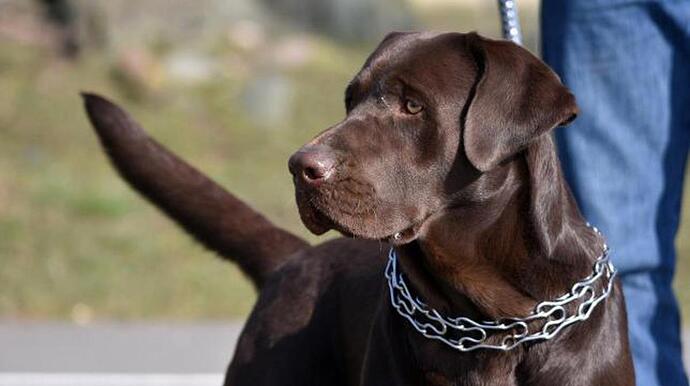 There is no doubt there is widespread abuse of these collars.

However I think it is a great shame there isn’t compulsory training available for e collars if people wish to have their dog offlead. If used carefully they can be a good communication tool for some dogs. It’s not a case of just zapping a dog if it carries out an unwanted behaviour. The dog learns at a very low level (a tickle) that it can turn off the sensation by coming back. And furthermore it doesn’t replace training, the dog needs to know the commands already.

That said it is also used as an aversive in specific circumstances and needs to be done with a professional. Some dogs are capable of learning that deer/sheep etc need to be left alone. Think of it as a cow and an electric fence, after a shock it won’t keep on walking into it. In Wales more animals have been killed by dogs and dogs shot since the ban came in 2010. Maybe part of that is due to the explosion in dog ownership post pandemic but Scotland does not show the same trend. 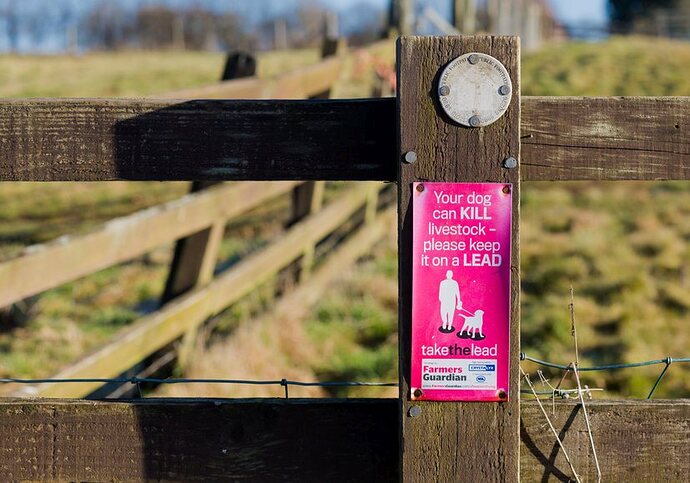 Dog attacks on sheep due to 'failed' e-collar training ban

Welsh government will not review its ban on e-collar training for dogs despite the fact that Welsh farmers are four times more likely to see dog attacks.

Other dogs are not suited to the training and need to be kept on lead or on a long line in all circumstances. But a dog able to run freely off lead on walks is probably* a far happier dog than one unable.to get enough exercise, and importantly is not putting livestock or other animals and road users in danger.

*Of course some people are able.to.give a dog plenty of exercise on lead and may do canicross etc but they tend to be the exception.

Having said all of that there is less of a walk your dogs culture here in France.

Having said all of that there is less of a walk your dogs culture here in France.

Today, the only people out around us have been walking their dogs -

Less of a culture, not saying it doesn’t happen.

Quite a few people in our village walk their dogs. But there are also quite a few dogs who stay in a yard or are only let out to hunt sometimes.

I have never used them with my own dogs, and dogs that I know, and never the pointed or electric ones, but a simple slip chain, the ones I suppose they mean by stranglers, I have used soley to transfer dogs from and to the car. This is purely because it is the only sure method of getting a collar on a dog which is trying to emerge from a door. One can block the space with ones body while slipping the enlarged loop over the dog’s nose and back over the ears. Struggling to get a normal collar on, or a lead attached to a collar ring (not all of which are easy to find with a moving dog), is not a good option and means a severe risk of a dog escaping to damage itself or others.

I should mention too that I am not in favour of leaving a lead attached to a dog in transit, too easy for them to get tangled as they turn this way and that to change their position, and in any case, much harder to grab hold of in order to get them out.

So I would prefer that they had been more intelligent when formulating this ban.

I remember being in a builder’s yard waiting in the office to buy some materials some 25 years ago. While I waited, I saw that the woman in charge had a small white poodle walking around the office rather slowly, gingerly – I thought she was an old girl.

I crouched down to say hello and reached out to stroke her. Before I could touch her, she suddenly shrieked, as if in pain. She was anticipating pain - pain that was to come by touching her. It was the collar, which I removed to find her neck bloodied by the sharp pointed spikes on the inside of her collar.

I went to the woman, absolutely livid, and threw the collar on the counter. Couldn’t believe what I had just seen and shouted at the woman, threatening to go to the gendarmerie and the SPA.

I could see from the look on her face that she knew what I was shouting about – the spiking collar - it was a guilty look.

I wish I could have done more for that poor little dog back then, but knew that neither the gendarmerie nor the SPA would be interested. Never has that memory left my mind.

I wish I could have done more for that poor little dog back then, but knew that neither the gendarmerie nor the SPA would be interested. Never has that memory left my mind.

Well done for at the least temmporarily (unless the woman took you at your word and didn’t replace it) easing the dog’s predicament, but I am not confident now, 25 years later that you would still get any reaction from the 2 organisations mentioned.

I remember a lost dog wandering on a main road which had already been struck a glancing blow by a passing lorry being taken by us to the gendarmerie just up the road. Total disinterest, in fact the one who opened the door seemed completely unaware that a report to them was obligatory in France, as well as the local Mairie (got no better reaction there) and the SPA, the nearest of which was 50 kms away so we didn’t bother. Found the owner after a trip to a vet with a chip reader.

It is useful to remember that the SPAs are semi independant bodies which do not necessarily follow all the same policies, they are not the same as the RSPCA in England.