Anyone know of GP south-east of 87400 St-Leonard-de-Noblat, English-speaker would be a huge advantage?

Looking at the map there doesn’t seem to be much of anything SE of st L de N - les pages jaunes are probably your best bet.

I understand why you might prefer and English speaker… but this could reduce your options.

Many Doctors do speak English or have some understanding… but are loathe to advertise that ability.

Many Doctors do speak English or have some understanding… but are loathe to advertise that ability.

That’s because they prefer to give a diagnosis in French, then there is no ambiguity for them. They might do some of the social chat in English, but not the important stuff. If you need help (and many of us do) one way is to ask them to write everything of importance down - then you can look it up afterwards. There are some good French/English medical dictionaries. Also, look words up beforehand so that you can explain symptoms etc - if necessary write it down and hand it to the doctor if you are not sure about pronunciation. Alternatively, is there someone you know who is bilingual who can come with you?

OH and I go in together when it’s for him. He speaks better than I do - his grammar is better - but doesn’t hear well. I (usually) hear and understand most.

We are just very grateful that 2 new clinics have opened in our local town and we now have a goodly number of doctors, when three years ago things were looking pretty grim in terms of number of MT. I recommend not putting that extra level of constraint on that they should speak English.

That made me smile Sue… you haven’t seen our MTs handwriting - how on earth the pharmacie know what’s on his prescriptions, heavens knows

Plus point though, he speaks good English.

I am merely pointing out that one can miss out on finding a good Doc, if one puts too much emphasis on their ability to speak English.

Doctor, accountant, solicitor et al. we are in France after all.

“Please don’t be rude, ungracious/whatever, thinking it will not be understood.”

One good thing about covid… I don’t go into crowded hypermarkets etc, so no longer hear loud English voices complaining about something…

For hospital services - as discussed previously on SF (though I think it’s been a while) - if we had a French national who did not speak sufficient English we would book a translator.

So, although you scepticism as to the chance of finding a French speaking doctor fluent enough to discuss a patient’s treatment is probably correct your assumption that it is “tough luck” on the patient’s part is not.

Actually, some French hospitals do make a great effort to ensure that a Brit understands what is going on… if at all possible.

There will be a nurse/orderly/someone within the hospital, who does speak English (at whatever level) and they will be asked to translate/explain… if at all possible.

or they will call on a friendly, local Brit who does speak French …

I’ve seen it happen in Nouvelle-Aquitaine and Haute-Vienne… but can’t speak for elsewhere.

of course, this was before covid… I’ve no idea what the hospitals are doing these days.

Actually, some French hospitals do make a great effort to ensure that a Brit understands what is going on… if at all possible.

Which is laudable, but (at least for outpatient clinics) the NHS will book a translator every time, we try to avoid relying on family/random staff members - though, of course, it happens a lot especially for inpatient stuff stays where it’s harder to have a translator on tap.

There is the age old problem of “if English is your first language, what 2nd language do  you learn?”. As a language it is spoken by more than any other (though Mandarin is close) so, with about 1.13 billion speakers (380 million or so native) a person plucked at random is much more likely to speak it than French (280 million, of whom 77 million are native speakers).

Outpatient clinics… one can take a friend… and many I know… do just that.

It is not easy to compare one country with another… when the systems etc are so very different… in fact it’s not fair to do so (in my opinion).

Outpatient clinics… one can take a friend… and many I know… do just that.

It’s better than nothing but often the “friend”'s English (or, presumably, French) does not extend to medical terms.

Worse is trying to interview a woman where the religious norms are that they are subservient to the menfolk - going through a male family member can severely distort the information that you get.

Of course, other nationalities have their own areas of concern.

In France, one is expected to be responsible… not to expect the State to pay for this and that…

In Health matters, this is why there is Top UP Insurance.

There is the age old problem of “if English is your first language, what 2nd language do you learn?

You can learn several - anyone can, you don’t have to be a linguist. I find it difficult to understand how people can be monoglot if they ever come into contact with speakers of other languages (which everyone does one way or another) - it really isn’t the norm to be monoglot in most countries in the world.

Oh, I agree - I think learning even one language, especially in the context of another country’s culture (I’d argue you’ll never fully understand the language without also understanding the culture) makes you much more appreciative of diversity overall. 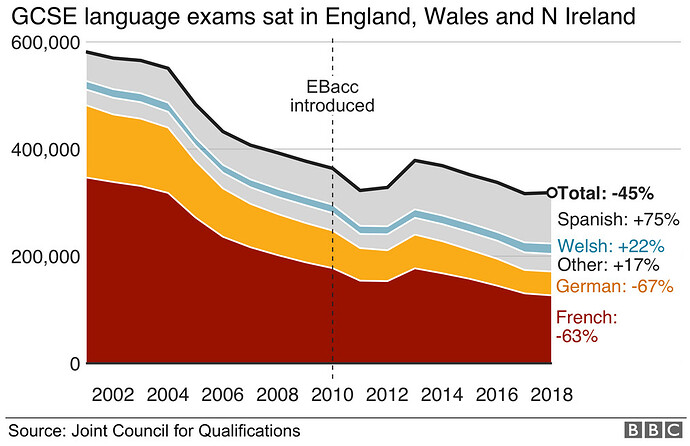 This “Times” article spells out our poor performance in even more detail - 32% of young Brits are confident to read or write in more than one language, compared with 79% in France. 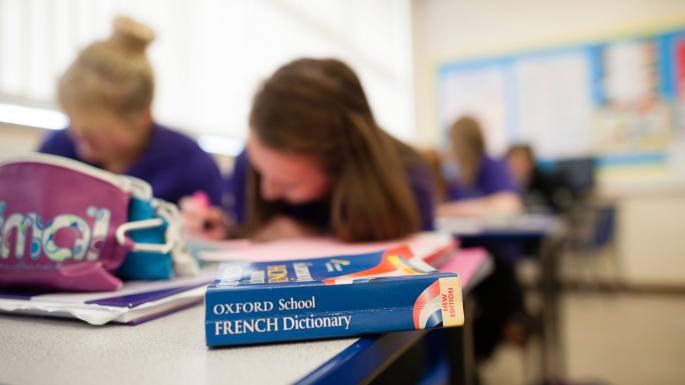 Britons by far the worst in Europe at foreign languages

Britons are bottom of the class when it comes to learning a language, with less than a third of young people able to read and write in a foreign tongue, “miles behind” those in the next

So much for “global” Britain

Back in the late 70s/early 80s I had a comparatively brief period during a period of unemployment, as a taxi driver near Nottingham. Taking advantage of, after so many years of wandering, to be home every night, I enrolled at night school to learn both Spanish and German (I fondly thought, till I came to live here, that I could already speak French

). It didn’t work, I was very tired after long hours at the wheel but the main reason why I kept falling asleep in class was the very few hopeless cases that always seemed to need an hour’s resume of the previous 2 hour session. ;-(

As I see that the OP never replied to this thread, perhaps I could hi-jack it for a request of my own.

We have been with the same surgery, and doctor, since coming to live here 21 years ago. He is a Belgian, speaks English where necessary but only to my wife, not me, and of course knew us well and all our history, medical and otherwise.

But, he is 15 kms away and there is a larger surgery in the next village at 4 kms. We stayed with him since a personal recommendation took us there mainly because of the above but also because he operated a no rdv system. This was mornings only but worked well with rarely a wait of more than half an hour or so.

However I had long entertained thoughts of switching closer but never made the move till now. A month or so ago we went there as usual one morning and sat down without reference to the new receptionist installed in her posh new cabin. We weren’t being offensive, it was just that there had never been such a person before, it is only a year or so since the doctor moved from his own house and, soon after, another doctor joined him in the practice.

On this occasion she followed us in and enquired what we wanted. Apparently our doctor had retired and the new one worked on an appointment system only. She did, however agree to see us just this once and was perfectly pleasant and helpful, but now, having got our 2nd vacc out of the way, decided this was a good time to make the move.

So, what is the procedure? My own thoughts are to go to the closer surgery and ask if there are vacancies in their lists, then sign up if there are. I expect that it will be them who will inform and demand any paperwork from our current doctor, although these days everything is on our Carte Vitales and they will learn no less from them than they will from our ‘new’ doctor, who doesn’t know us personally.

Is this the way things work, a bit like changing insurance companies? Or do I have to start the ball rolling at the old surgery? As the new doctor doesn’t speak English there is no reason to keep doing 30 kms instead of 8 just for my wife’s benefit.

And as has been mentioned before, many doctors can understand and even speak English but decline to do so for very good reasons. I was reminded of a time before we lived here when a neighbour arranged by phone for a local doctor to meet us at the surgery on a Sunday after my wife had gashed her knee very badly. He stitched her up and then on the return visit to remove them the pain was sharp and shocking. She cried involuntarily ‘Oh, you bastard !!’

The doctor had to stop doing what he was doing because he had dissolved into uncontrollable laughter. This continued as I joined in, at the sight of my wife’s very red face and embarrassement.

So, what is the procedure?

We were faced with our GP sadly becoming more than a little gaga. We just walked into the practice we wanted to join and asked if one of the doctors could become our MT, handed over our cartes vitales so they could make the changes on the Ameli site and from then onwards continued with them. No issue at all.