So I guess there are drivers in the EU available after all.

But why would EU drivers choose to move to the UK for just a few months which presumably will involve paying for a visa and paying the NHS surcharge, when it seems there is plenty of work in the EU? A five month maximum visa means they will be looking for work in the EU in February, and will they not want to spend Christmas with their families? I remember the distress last Christmas when the border was closed due to Covid and EU drivers were stranded in the UK unable to get home. Unless the wages are very good I cannot see how this visa can be made attractive.

True - very few are likely to come from the EU.
This is one of the biggest ironies for those that voted for brexit for racist reasons. The low-paid jobs in transport, agriculture, care, etc, that used to be done by Eastern Europeans will now be filled by South Asians and Africans.

I’m about half way through the French version and I can recommend it - not because it is a great work or anything but because it is very clear and is written in good French, so is excellent for expanding my vocabulary without getting bogged down in the literary flights that “proper” authors get into. The Guardian review misquotes afew bits at least and puts an odd perspective on a few others but the book itself, so far at least, has been measured, courteous and accurate to events as far as I remember them.

Unfortunately, for people who like a book with a happy ending, it doesn’t 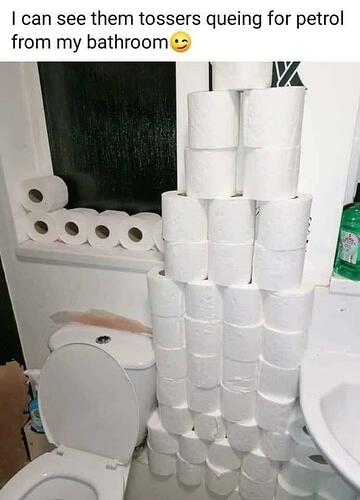 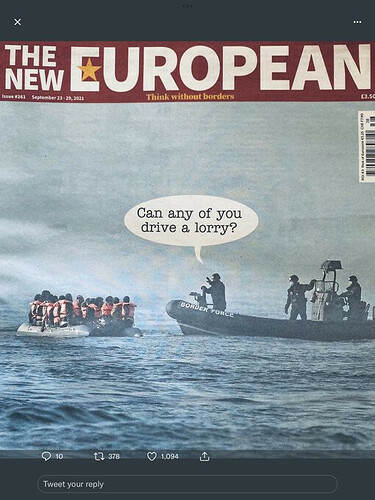 @Sandcastle …I have subscribed to TNE since day one, but the new Web site now doesn’t allow me to read the e-facimile edition (which I prefer) and as yet no explanation of if, when, or how they are going to fix it is forthcoming.

So, we’re handing a few visas out, very muniferous of us to think of all those poor, out of work, EU HGV drivers in our time of need. 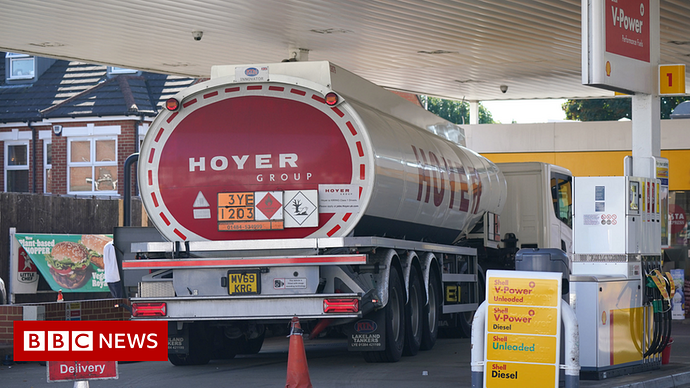 Hauliers and poultry workers to get temporary visas

Some 10,500 foreign lorry drivers and poultry workers will be able to work in the UK until Christmas Eve.

Seriously, having firmly given the middle finger to the EU - and indeed to many lorry drivers personally who got ensnared in a lorry park in Kent with no facilities and less sympathy last Christmas who, in their right mind, would come to the UK to drive a lorry? Especially if there are jobs going in Germany.

As ever prevarication and lack of planning leaves Johnson with the worst of all worlds - he has lost political capital in having to back down and issue the visas but is likely to get very few taking him up on the offer so he can’t even offset his loss of face with a small improvement in the situation.

Impossibly however the Tories are still ahead in the polls - 39% to 34%. Frankly this country has the government that it deserves. 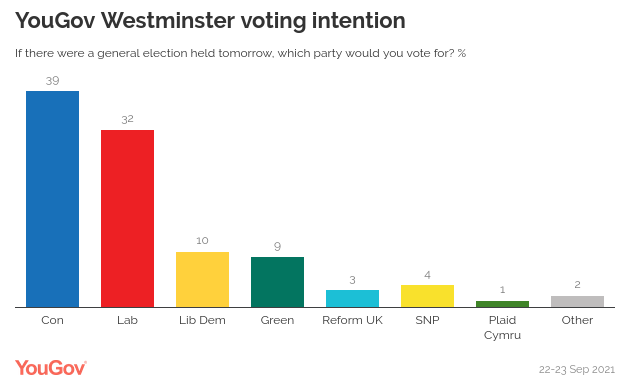 IF (and it’s a big if) Johnson falls from favour I think it will be rapid and complete as the dominoes all topple together, but there is no sign of this happening.

It does not help that the media is complicit (or complacent which is just as bad) and the opposition appear to be MIA.

I’m not surprised. What does Starmer and the Labour party stand for? Starmer needs to grow a pair, fight his corner and either win or go down in flames. Either is better than being mister sit on the fence.

Johnson will be gone soon by all accounts with an early election called in 2023 so Labour have got very little time to turn things around, a few serious policies might help.

Starmer only has one concern—and it’s myopia supreme. He wants to win back the Brexiter Red Wall voters who Labour have lost because Nige and Tommy toured those areas before Brexit spouting right-wing populism at them. Frankly Labour need to look forward and develop an agenda that will get everyone out of the mess we’re in.

Also if you’re worried about the polls, I am too—but I’m also wondering whether Christmas cold turkey substitute may not prove a moment when at least some worms turn.

Marco Digioia, the head of the European Road Haulers Association which represents more than 200,000 trucking companies across the continent, told the Observer that “much more would be needed” than a temporary relaxation of immigration rules. “There is a driver shortage across Europe,” he said. “I am not sure how many would want to go to the UK.”

Digioia said European driver salaries were generally higher than in Britain; new EU rules had improved working conditions; and billions of euros had been offered to fund parking areas and support companies.

“The UK doesn’t have access to any of that,” he said. “Tempting European drivers back to the UK when they also have to face the reality of customs and border checks, all the uncertainties of Brexit … We have to be realistic.”

Higher salaries, and perhaps tax incentives, might help in the short term, he said, but “a lot of money is being thrown at this whole problem in Europe right now. There’s a level playing field, and none of the Brexit-related hassle”.

I am wondering about the practical implications of an EU resident taking up a short employment contract in the UK. Have any arrangements been made to simplify the income tax situation, dual taxation and so forth, or would they have to sort that out themselves with their home country’s authorities? I believe that in France, they would in any case be liable for social charges on top of income tax on foreign earnings? Where will they live in the UK? When their UK contract ends, will they be eligible for unemployment benefit when they return home?
I can imagine drivers who do take this up, may live to regret it.

There is a marked difference between those who just have an HGV licence and those who have completed the training for driving a petrol tanker.
Perhaps BoJo and friends are not aware of that, which is not surprising as they seem to be unaware of many things.

I see that this is doing nothing to address the lack of butchers in abattoirs and the beleaguered pig farmers.

More Tory bunkum. Unless the drivers are tax resident in the UK then UK tax rules are irrelevant.

The one thing you can be sure of - no problem or crisis of any kind will be acknowledged to be as a result of Brexit by Bojo and Co. Not even a teeny-weeny bit.

Infighting mars start of Labour conference as Starmer and Rayner clash over... 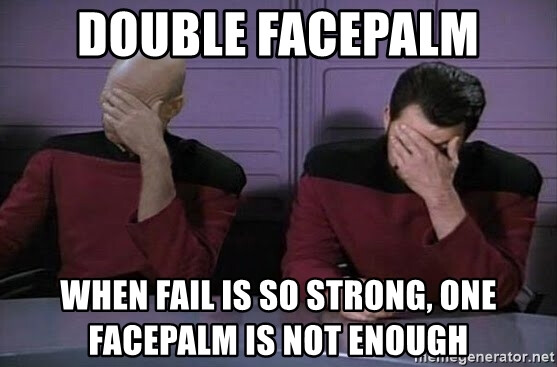