Has it become "fashionable" to hate Ryanair?

I think Ryanair are fantastic for flights of 2 hours or less. The price is excellent and who needs a meal if you’re taking a short flight? I usually buy a bottle of water in the airport to take on board, then I read my book/listen to music for the duration. Fortunately I’m very short so leg room is not a problem.

My flight back to the UK next week is 25€ and for that I get to chose my “usual” seat by the window and priority boarding means I get to take 2 pieces of hand luggage on board. My flights have never been more than a few minutes late and usually arrive early.

They are one of the reasons that France is now so easily accessible to Brits. 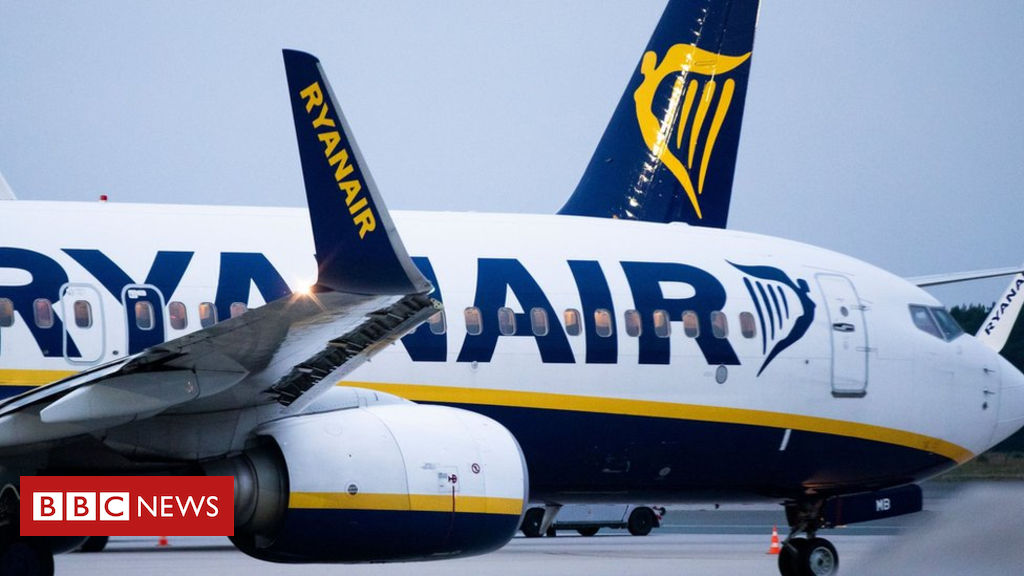 The low-cost-carrier was ranked at the bottom of the pile by Which survey respondents.

I believe that people have lost touch with reality. Ryanair does exactly what it says on the packet, they move people between convenient locations at low prices. On the occasions that I fly back to the U.K. or my children fly to see me my 50km trip to my local airport and the trip from Stansted both cost more than the actual flight. Once I stopped for a coffee with my son before he flew and the car parking charge cost more than his flight! Bells and whistles cost extra for those who want to pay for more perceived comfort and less convenience but I’ll take Ryanair every time.

There is only one airline ever misplaced my case. British Airways

We agree again David. I want to double-like your post.

Was that on a point-to-point flight Nellie (i.e. no connections)?

I flew British Airways to India many years ago and it was great. Nice food, comfy seat, decent leg room (for my taller friend!) etc etc but it was a long flight and we wanted a little comfort.

For a couple of hours between UK and France then I would never pay the extra.

Fortunately, my luggage has never been lost. What a nightmare. Did you get it back Nellie?

It was a “Which” survey - and I have never had much faith in their surveys and reviews as they often focus on odd, sometimes totally irrelevant, metrics.

Ryanair certainly have shortcomings, as I’m sure all budget carriers have. We flew KLM to Naples last summer (one of the top five, supposedly) and while the leg to Schiphol was OK the leg to Naples itself was with Transavia (wholly owned by KLM) and was awful - probably the worst flight I have ever been on - tatty aircraft, not enough legroom to have my legs out straight together, packed and no facility to alter seat reservations (KLM’s website says “not our flight”, Transavia’s says “booked through partner - use their website to reserve seats”).

A Ryanair spokesperson said: "Ryanair passenger numbers have grown by 80% in the past six years and Ryanair.com has become the world’s most visited airline website.

“These facts reflect what customers want much more than an unrepresentative survey of just 8,000 people.”

If they are so awful why are they still experiencing strong growth?

You might have hit the nail on the head there.

Or they moan because they didn’t do their homework and got stung with extra charges.

I flew British Airways to India many years ago and it was great. Nice food, comfy seat, decent leg room (for my taller friend!) etc etc but it was a long flight and we wanted a little comfort.

A friend who makes much more use of aluminium tubes hurtling through the air at improbable speeds assures me long-haul is quite civilised and it’s mostly short-haul which is a nightmare.

I flew to Australia with Malaysian Airlines many many years ago when I was very poor. It was the cheapest flight I could find.

The plane was fine, a normal 747 I believe, comfortable, roomy etc. However, what I hadn’t considered was the food. There were both western and eastern choices to cater for all their passengers as you would expect, but the smell of fish curry in the morning was a little out of my comfort zone

To be fair it was a connecting flight

Mandy Hi - good question! I think it’s been ‘fashionable’ to criticise, pull-down, hate - anything (or anyone) successful for quite some time.

As far as Ryanair goes, and to quote David, they do what they say on the packet. Their website is incredibly clear so, as long as you can read, there should be no surprises in terms of ‘extras’ ! They are the largest European airline (pax numbers) by far and clearly have a hugely popular offering.

Ryanair (and it’s customers) has suffered massively from internal (pilots / cabin crew) and external (air traffic control) industrial action. Generally people support employees rights to strike / withdraw labour. Whilst we do that, we can’t also blame an airline when they do and it causes chaos.

My main criteria for choosing a carrier is safety - their record is impeccable based on pax carried. I just need to get from A to B - I’m not really that bothered what happens on board on such short flights.

It always makes me smile that people complain that their bag was refused because it was too big or that they didn’t know they had to print their boarding pass or whatever whatever.

To be fair it was a connecting flight

It generally would be Nellie. Low cost carriers generally don’t offer connecting / transfer flights - it’s potentially too costly to build into their operating model. Transfer bags are the achilles heel of any airline operation - logistical nightmare!

Don’t traveller numbers indicate the Ryanair is actually quite popular?

Glad to see so many think Ryanair are ok. We use Carcassonne to London Stanstead a few times a year and have never had a problem. When I flew over in November either the leg room has improved or it is a quirk of that particular row, so for that reason I’m not telling you which it was!

The other good thing about Ryanair is that they keep so many of the provincial airports viable and open the tourist trade into their locations. They don’t get enough credit for that.

The other good thing about Ryanair is that they keep so many of the provincial airports viable and open the tourist trade into their locations. They don’t get enough credit for that.

That said, they all but bankrupted Angoulême and were sued recently with the bailiffs turning up at their door to be paid the compensation they failed to pay.

Until fairly recently Ryanair received millions in subsidies from local authorities across Europe as incentives to use small airports which has lead in some cases of the airports expanding, Angouleme/Cognac is an example of where it all went wrong and Ryanair ditched the airport after one season and it took the seizure of a fully ladened Ryanair plane on the tarmac at Bordeaux to get the subsidy back.