I must admit it has given me an easy ride recently, several family machines have been through significant hardware upgrades and W10 hardly batted an eyelid, though occasionally needed reactivating.

Not this time - tried to move an existing installation from a 4790K based system to an 8700K based one (i.e. 4th gen Intel to 8th gen). What a nightmare - on the new board everything sulks, can’t install or remove drivers, indeed can’t install or remove anything. Got the new WiFi card (old m/b had it embedded, new one doesn’t) drivers installed only by moving the drive back to the old hardware, but it still isn’t completely happy - one manifestation of which is that it won’t shut down cleanly takes several minutes and then produces a device power state failure error. This, in turn kills any attempt to get it into safe mode on reboot.

I’ve traced this as far as the ACPI driver - and trying to figure out just what item in the ACPI tables for the new board is upsetting things (or the absence of which one from the old board) is too deep a rabbit hole to go down so, reluctantly it will have to be a complete reinstall. Bah (esp as N° 1 son has filled 1.5TB of disk with games which will need to be downloaded afresh).

Oddities in this journey include - removing all shreds of AMD software when I thought it might be the graphics drives, only for windoze to re-incarnate some ancient version that it had stashed somewhere and, despite deleting all the partitions on the spare disk I used for a dry run the W10 installer finding a licence key from the old system - almost certainly supposed to be locked to either Dell or Acer hardware and being happy to use it, and me forgetting that telling the installer how to access t’ internet leads you to that impass where it won’t let you proceed without agreeing to have a Microsoft account (so had to back up & restart, then click the “I don’t have Internet” link to make it agree to set up a local account).

Needless to say the co-installed copy of Fedora worked perfectly, on either motherboard.

I’m a Ubuntu man. I installed 20.04.1 on a new motherboard with a NVMe HD SATA and reinstalled my fav and most used s/w and is going well. Connected to the internet out of the box and wizzo!!

I stick with Bill

I’ve hated Windows since it was an application running on DOS. I started out as a operating system guru before PCs even existed. Though the Pomme Deux came along a year afterwards. The IBM execs screwed up when they didn’t go for their first choice, CP/M. Gates, who was only in line to provide the Basic interpreter, bought a dog called QDOS (quick and dirty OS) and flogged it to the suits in Boca. Once a dog, always a dog.

Redhat is now owned by IBM. Writing as an ex-IBMer, that should kill it

I was a strong Linux advocate from about 2000 but as usual IBM was slow to the party.

Just after we had windows fitted in our new build, it coincided with the Indian windows support telephone scam…
had great fun with that…
“I am telling you, Ive just had windows fitted”
The gave up on me eventually 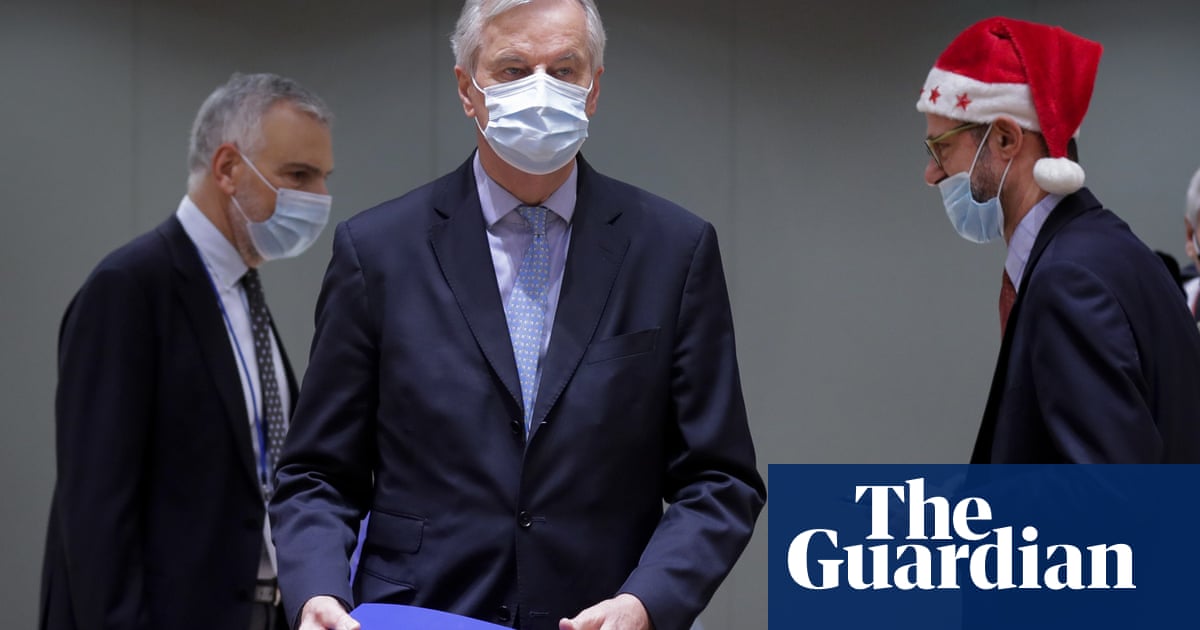 It serves a purpose, I guess.

I cut my teeth on early Z80 based systems, then graduated to Unix so until the mid 90’s Windows was something of a mystery - I think I started using it regularly around the Windows 3.11 for Workgroups era and did a bit of device driver development for W95/Win NT in the late 90’s. I;ve never held it in much regard, though would reluctantly agree that Win NT and derivatives are at least decent operating systems unlike the Windows 3/95/98/ME line which thankfully died a death with the introduction of Windows 2k.

Unix always felt that you could get to grips with a problem, Windows hides any real information under layers of obscurity.

The IBM execs screwed up when they didn’t go for their first choice, CP/M. Gates, who was only in line to provide the Basic interpreter, bought a dog called QDOS (quick and dirty OS) and flogged it to the suits in Boca. Once a dog, always a dog.

It seems to have been a sequence of misunderstandings and accounts of quite how IBM and Kildall failed to reach an agreement differ - but Gates stepped in and the rest is history.

Yes, NT was very disappointing. VMS was a good operating system and I expected more from Cutler. I like to be able to get to the core of an OS, but if I can’t and it’s in effect an appliance that’s fine too. I don’t need to hack the toaster or fridge. With Windows 10 neither is true, you can’t get into it and it doesn’t work. It’s a dog, bloatware. It reflects MS’ view that the cash cow is dying.

NT is OK from a technical perspective, and you can  get debugging info but it always seems to be a struggle - the guiding principle seems to be to never show the user anything which might alarm them.

I scoured the 'net for hints but did not get anything much more use than “update your drivers” - bit of a catch 22 in that I can’t though whether that is due to thie specific issue affecting power down/restart or some other remains a mystery.

At least on Linux if it gets really knarly I can find the source code and check what is supposed to happen.

I was never much good a C. I’m an assembler man myself, BAL/370. I wrote a lot of code in the late seventies. Probably the most enjoyable work I ever did. But one had to move on into management to make a few bob.

I have W7 and W10 running as Parallels virtual machines (VM/370, the original, was an old speciality of mine too - another IBM idea exploited by others) on our iMac. Just in case I need Windows for something (which I haven’t in ten years). I though W7 was robust and not offensive but W10 I found almost offensive. It seems you can’t even turn off automatic updates, is that correct?

But just to make your day, migration wise. Our mutual Christmas presents arrived in the past couple of days. I gave my wife a MacBook Air and, as she was somewhat more generous

, I got a MacBook Pro. Both running on the new ARM based Apple silicon. Both machines migrated themselves faultlessly from our latest backups (we take snapshots every hour wirelessly) in a few hours.

My days of hardware tinkering are, sadly over but I think I’ll have a bash at the Swift programming language. It’s just if your mind works at register level it’s hard to step back to the very high level languages of today. You end up not so much programming as trying to workout how to get the language to produce the underlying code you want. Bit like learning French now I come to think of it.

I was always C, later C++ although I find the latter language used in large projects produces systems which are much harder to maintain - when you don’t know exactly where the statement a = b + c; will go it is a nightmare. I think I’d have to start over with both languages though as their complexity has increased massively in the last 20 years.

I dabbled in 8 bit assembler for my own projects - Z80 or 6809 but only for personal projects.

It seems you can’t even turn off automatic updates, is that correct?

Depends - if you have the Enterprise versions and a local updates server you can control what gets deployed, otherwise you can defer things and there is a a tool kicking around to block individual updates but basically, no you can’t.

I gave my wife a MacBook Air and, as she was somewhat more generous

, I got a MacBook Pro. Both running on the new ARM based Apple silicon.

Nice - I’m vehemently anti-Apple myself (overpriced products and too much control freakery) but have to admit the new “Apple silicon” looks good.

But I’m confused - if your distaste for W10 centres around the auto updates then I’m not sure that you can comfortably buy into the Mac architecture which is just as bad in many respects - OK I know you have a smidgen more control over updates than W10 but it’s largely illusory.

Oh - it looks like WIndows now stashes activation keys in the UEFI BIOS and OEM keys might even be permanently stashed in the ACPI tables so be careful if you buy retail Windoze and subsequently sell the m/b - you might be giving away a free copy of the OS as well.

I think I’m in the same boat. Stopped programming in machine code in about 1986, have always found Windows to be glitchy bloatware, and don’t mind the idea of a computer as an appliance (same as I can no longer maintain my car engine) so long as it just works.
I only keep Windows on an old MacBook using Bootcamp, and on a dedicated Lenovo desktop, both necessitated by online gaming requirements.
Given how W10 seems to be able to hobble the former, and will doubtless render the latter unusable within 2 years, I see no reason to enlarge its beachhead in my life.
Also agree about the analogy between programming and human languages and their (hmm, possible) hierarchy of levels of abstraction. Learning German felt more like MC, with English as the JS option…. But don’t know enough linguistics to think further on this.

Oh, if you want to try W10 with all the phone home and update stuff stripped out try Windows 10 Ameliorated - at some point I plan on sticking it in a VM, or a scratch system and seeing how it goes.

VMS was a good operating system

Is it a myth that NT was named after VMS (VMS + 1 character=WNT)?

Yes, it’s a myth - it is also supposedly not true that 2001’s HAL was named by moving back one letter in the alphabet from IBM (that one is just too brilliant, even if accidental, but Clarke always denied it).