I see this as a big win for Scholz

As far as I recall, he was willing to release Leopards if the US released Abrams. It’s not Berlin that “has succumbed to huge international and domestic pressure” IMO it’s Washington”.

So, Kursk round II. T34 descendants vs Panther and Tiger descendants. It’ll also be interesting to see how the Abrams performs. I had an uncle who was interested in tanks and I inherited it somewhat when he gave me “Tank” by Arch Whitehouse for my tenth birthday. That interest was reawoken years later when the first S/W development manager I worked for (very nice man) turned out to be the enthusiasts enthusiast who n such matter. He has written and illustrated over 100 qbooks on the subject. 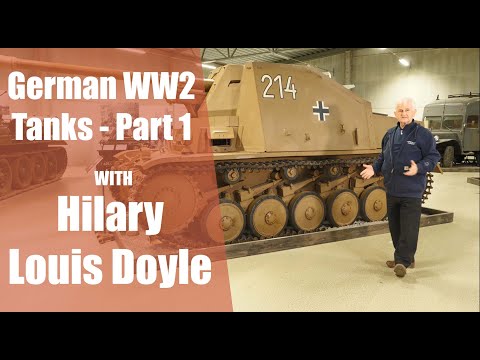 Edit; “ In public statements, Washington and Berlin had denied any connection between their respective decisions on tanks, although media reports said German officials had made clear in private that the Leopards were conditional on the US making a similar commitment” Guardian 18:58 25/01/23

That video is going to give a conniption fit if that chap in the thumbnail refers to that SPG behind him as a “tank”.

Putin is the loser here no matter whether you see it as a win for Scholz.
His aim was to divide Europe and now he is faced with a united Europe backed by the USA.

SPG behind him as a “tank”.

Fo you mean a SPAP?

Listen to him., you’ll enjoy it, he IS an expert.

One could equally argue that the US called his bluff by agreeing to send Abrams which, frankly, is much less useful to Ukraine. In any event, Germany sending Leopard is minor, the key part is agreeing that the customer nations can send theirs.

I was really drawing attention to Scholz having imo courageously resisted being pushed into providing offensive weaponry without our American cousins doing the same. Who knows what this developments will cause, it’s important the their fingerprints are all over the decision. After all, Berlin is about 6,000km closer to to whatever might erupt than Washington. I trust the EU and sort of trust NATO (excluding Erdoğan and Orbán and to a lesser degree the Polish leadership). I’d be happier if we had our own army to be frank.

You may be right John, but I don’t think the timing supports that. Scholtz has been insisting for quite some time that he would only act in unison with the US. They have been saying they won’t until just now. However, as I wouldn’t trust the US as far as I could throw them, I could be biased

None of the others could act without Scholtz’s approval so Germany’s decision was the key one. IMO Polands wittering on was probably counterproductive. They have a bit of an overblown sense of self importance IMHO.

After all, Berlin is about 6,000km closer to to whatever might erupt than Washington.

Only if you go one way round the world, not the other way

The biggest winner is Ukraine for whom the arrival of more tanks will be a huge boost.

Whilst Biden has promised 30+ Abrams it will be months before any are actually shipped which to me smacks of a ‘wait and see’ approach.

How far is Russia from the US? They are separated by 3.8 kilometres but are...

for whom the arrival of more tanks will be a huge boost.

A mere drop in the ocean. Ukraine’s top general, Valeriy Zaluzhnyi said he needed 300 tanks, 600-700 infantry fighting vehicles, and 500 howitzers to help his forces push back Russian forces. They also want aircraft and long range missiles. We’re being dragged in WW3 and this is a rash escalation that will lead to no good. Mark my words.

Nobody is pursuing peace apart from the EU. Shame on the rest. 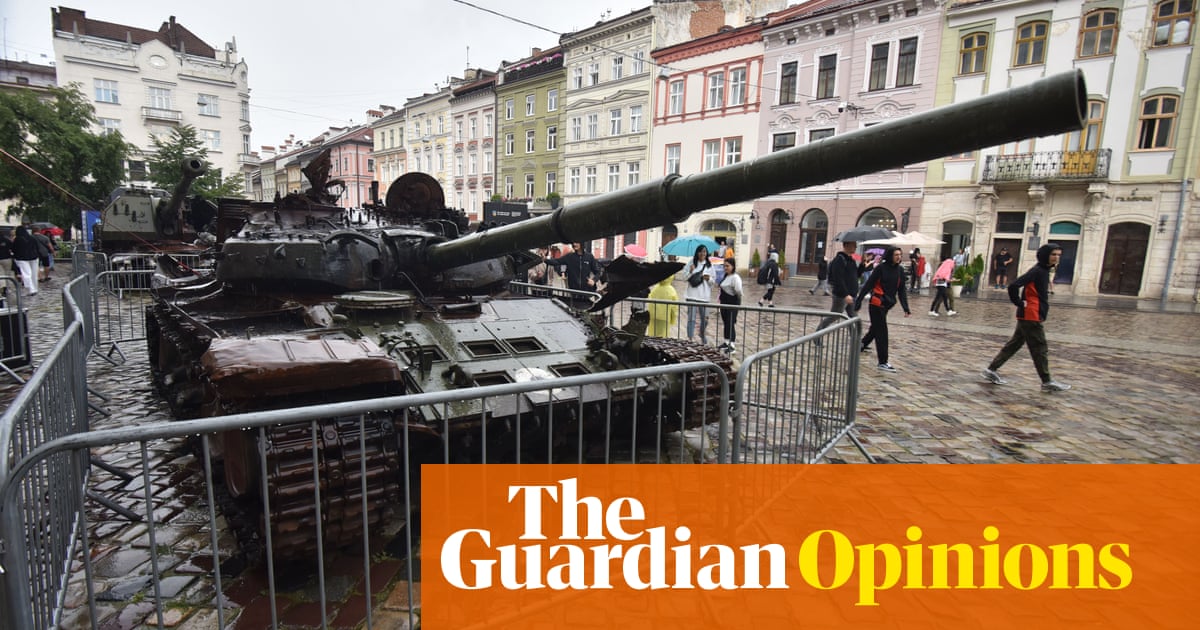 Sending tanks to Ukraine makes one thing clear: this is now a western war...

Volodymyr Zelenskiy is finally getting the help he wants, but it places more of Ukraine’s future in US hands, says Guardian columnist Martin Kettle

I don’t think ‘the West’ had any other choice than to send tanks as part of on-going military support to Ukraine and given the number being sent it will only help the country hold-off Russian forces rather than totally destroy them.

Rather than automatically see this as a move away from pursuing peace it’s another indication to Russia that peace is the only way this is going to end because it can’t defeat Ukraine militarily.

That’s the failure. They have walked us into a corner.

From the very start the West had to make a choice, support Ukraine or sit on the sidelines and watch Putin continue with his expansion plans.

What should they have done?

The really depressing thing is that the experts are saying it will take at least a year before any of the US tanks are on the battlefield, and several months even for the European - in other words those in the know believe this war will go on for years.

And I still see nothing to change my thinking of a year ago: that it can only end in the status quo for Crimea and some form of ‘independence’ for the Donbas. Exactly where it was a decade ago - minus the death and destruction.
Those who think Ukraine can take back these areas and bring peace to them are I fear simply naive. There was conflict in the Donbas before the Russian invasion, and there will be again after - unless there is something like the commonsense compromise on both sides - and the real leadership - that for example ended the Northern Ireland conflict.

From the very start the

The very start was when the Berlin Wall came down or at the very latest when the idiot Bush encouraged Ukraine and Georgia to join NATO in 2008. Why do people focus on the events over months when it is years and even decades that shit like this develops? That’s one of the core reasons politicians get away with doing lousy jobs.

it can only end in the status quo for Crimea and some form of ‘independence’ for the Donbas. Exactly where it was a decade ago - minus the death and destruction.

You are dead right, and that’s what pisses me off so much.

Why do people focus on the events over months

If Putin hadn’t invaded we wouldn’t be having this discussion, the question still remains - what should the West have done once he did?

You miss my point completely. There wouldn’t have been any invasion if the West had recognised and managed the continuing risk after the USSR had collapsed. The invasion was the result of a despot coming to power in Russia, a completely predictable event, and the West failing to handle it. Exactly the same is unfolding in China and to a lessor degree here at home in Hungary and to some extent in Poland (we need to keep an eye on Italy too).

Statesmanship and diplomacy and I guess even espionage and covert ops are all about preventing (or at least should be) armed conflict.

The excuse “what were they meant to do” when it’s all too bloody late is a useless one.

The end game that Geof mentions above will be the end game. The objective of our leaders now should be to force Putin and Zelensky to face that and come up with a mutually unsatisfactory agreement. Because that what it’s always going to be.

I’m not missing the point at all John, all I’m saying is that re-visiting past mistakes doesn’t change the here and now. Once Putin invaded the West had a choice to make, they’ve chosen militarian and humanitarian support, so one more time was that right?