If we think we've problems now 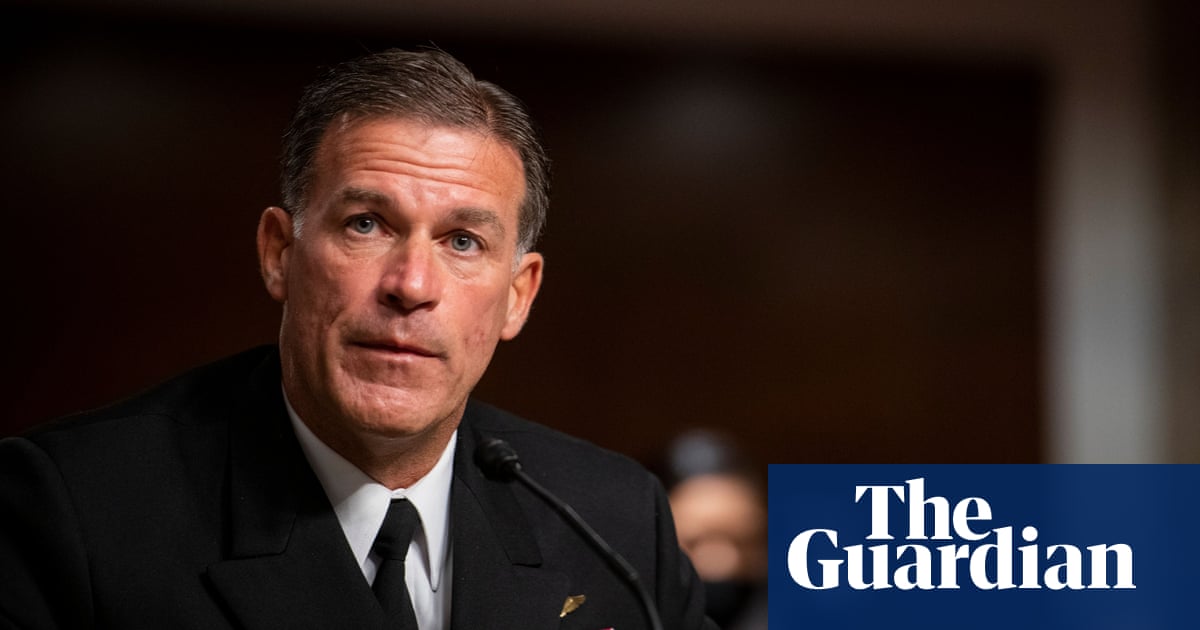 China threat to invade Taiwan is 'closer than most think', says US admiral

China considers recovering control of Taiwan its ‘No 1 priority’, says Adm John Aquilino who is nominated to head Indo-Pacific Command

Thanks, John.
That’s really cheered me up…

That’s really cheered me up…

I was just thinking what a nice, positive, uplifting day it’s been on here today the odd comment aside

Nothing a tinfoil hat won’t solve

The hope that china would changes its policies by trading with it has proved a total failure.
Stephen Sackur’s latest ‘Hard Talk’ on the world Service with a Hong Kong talk Legislative Councillor should provide a strong indication of Beijing’s policy towards any dissention from its Marxist-Leninist stance.

The weird thing is that China long ago abandonned its Marxist-Leninist principles in favour of a capitalist dictatorship.

US intelligence reports and WMD’s … we have been here somewhat before and got into a right old mess which in fact was total hot air and posturing on the USA’s part, sadly supported by Tony (B) liar.

What’s developing in China is a lot more complex - and interesting - and effective - than the description ‘capitalist dictatorship’ would suggest - and would have been totally unimaginable by either Marx or Lenin.

The first thing you have to abandon to understand it is the idea that capitalism and communism are opposed - rather than both aspects of post-medieval economic development - or indeed that terms like ‘capitalism’ are anything more than very approximate conceptualisations of actually very messy realities.

Business organisations in China behave externally like ordinary ‘capitalist’ corporations, but are largely in fact - through a whole range of legal/financial mechanisms that often differ in each case - state controlled. Their ‘owners’ (shareholders) in many cases are their employees, or other organisations, rather than remote shareholders as in the anglo-saxon model of capitalism. But then, this model itself is not particularly widespread in the world - including France. Over 55% of the French economy is effectively in the public sector, and over 10% more is otherwise socially-owned (co-operatives etc) - and most of the remaining less-than-a-third is a long way from the anglo-saxon model. Fully or partly state-owned French companies like SNCF, EDF, Orange, etc behave abroad like ordinary ‘capitalist’ corporations - just like Chinese.

But lets be clear: the growth rates achieved in China - especially in key sectors like advanced technology - and actually in many other east Asian countries - are only possible because they have governments actively engaged in establishing, financing and directly managing assets and businesses - ie. precisely because they are not ‘capitalist’ in any simplistic sense.

Their ‘owners’ (shareholders) in many cases are their employees, or other organisations, rather than remote shareholders as in the anglo-saxon model of capitalism.

But at this point it is perhaps an idea to quote Orwell,
‘all animals are equal but some are more equal than others’.
Hence the number of Rolls Royces in China, RR’s biggest market(?) I believe.

But to compare it to the French system is simplistic Geoff. The ‘capitalist’ French trans nationals are subject to the vagaries of the ongoing democratic process. I doubt many Chinese shop floor workers feel very much like shareholders, and even the bosses with their RRs are only there as long as the dictatorship approves of them.

The point is that it’s OK to conceptualise ‘capitalism’ if you’re talking about the kind of economic and social formations that developed out of mercantilism as post-Black-Death feudalism crumbled (the emergence of new institutional and technical frameworks - the easing of the prohibition of usury and development of banks from1472 onwards, the parallel invention of double-entry book-keeping, a new conception of individuality (both the conception and it’s novelty evident in Shakespeare, for example), and ultimately of course development and legislation of new property relations, companies - from 1599 through to the 1840s - etc.)
And within this it’s OK to conceptualise ‘communism’ as one aspect of these kinds of economic and social formations - because it is inherent in and has always been explicitly present in them.

But for any more detailed understanding (such as how China’s economy actually differs from other countries) you have to talk about ‘capitalisms’ (plural). All modern economies are in reality different mixtures of communism and capitalism. I have heard Brits in France - and American Republicans frequently - refer to France as ‘communist’ - and compared with the free-market-free-for-all there, it really is! France is certainly just as different from America as, say ‘self-management’ in former Yugoslavia was from soviet Russia. The brexiters’ ‘free market’ icon, Singapore, is probably in reality more like China than it is like the USA.

Many of these cautions also apply to ‘democracy’. It’s simply not true to say that China isn’t and ‘western’ countries are ‘democratic’. Looked at within the ideological frame of reference of western ‘liberals’ China has a very peculiar idea of democracy indeed, because it sees the Communist Party’s control of the state as a given, and democracy taking place only within the Party (in practice only at local level). But step outside that western liberal frame of reference and its idea of democracy also looks pretty peculiar: why, for instance, is democracy really good at state level, but dictatorship better within businesses (or for that matter, why are markets good between businesses but not within them - even when they are economically as big as some countries)?

George Orwell, by the way, was a socialist; Animal Farm is an exploration of differences within socialism, not - as some would like to pretend - a critique of socialism as such.
Precisely my point.

The hope that china would changes its policies by trading with it has proved a total failure.

That was never the hope Jane. The motivation for trading with China was to use their slave labour rates to drive down US production costs. That simple. A very shortsighted strategy, but what the heck, all the C suite boyos who made gazillions in share options don’t care.