If you HAD to move back to UK (due to Brexit)....where would you choose?

This looks interesting and a snip too… 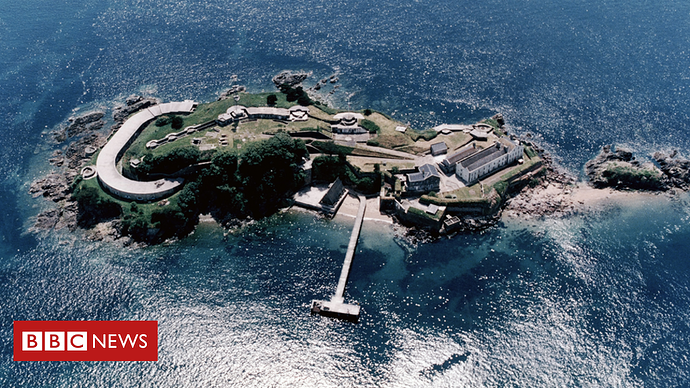 Drake's Island includes a 16th Century barracks, a pier and an underground network of tunnels.

It would have to be somewhere which voted Remain.
Perhaps we would go back to Stroud and the exchange rate would be in our favour.

If I HAD to go back to UK my destination would be Birmingham. I was born and grew up there, as were my parents. So there is a strong atavistic tug in play, like the elephants’ graveyard instinct.

The topography, the ‘lie of the land’, is uniquely familiar when I return. That never changes, although roads and buildings change. And it smells like home.

Brummies are kind, shrewd, versatile and tolerant types. I like the accent although it is generally reviled by non-Brummies as ugly. I still have traces of Brummagem dialect and turns of speech. Sounding the - ing in gerunds is typical, often mocked by others. We say brinGinG and SinGinG and belonGinG. Very homely and comfortable. And the a-vowel is flat, so the a in path, pass, last, plaster, nasty, dance and bath etc is the same as in cat.

So I would prefer it, if anyone administers the last rites, to get the last ones, not the larst ones.

But if I have to go back, it will be against my wishes. I intend to die here in France, anonymously and without ceremony of any kind.

But it’s in Devon so it wouldn’t even be on the list of possibilities.

Somewhere on the North coast of Scotland. Tongue or Bettyhill perhaps.

Having spent all my life in Norfolk before moving here we would go somewhere different, probably in the South.

So, Drake’s Island might be in the running ?? It’s definitely South of Norfolk…

It seems as though the Irish border is still causing trouble.
The President of Sinn Feinn is saying that Northern Ireland voted Remain and that
should be taken into account and people would suffer if there was a hard border.
Well, I’ve got news for her, Stroud voted Remain, including me and we are suffering too.
Nobody seems to care though.
The only gleam of hope is that they are saying that this question should not be allowed to be battered into submission by the extreme Brexiteers.
In my opinion it should be the extreme Brexiteers that should be battered.

Morning Jane, so you are encouraging physical violence against people that voted Leave? That sounds very extreme and i am sure a crime! You would move back to Stroud where 55% of people voted remain so a 45% chance of being a neighbour that voted leave, heaven forbid that happens as that would be awful. There is no hard-soft or extreme- non extreme brexit it is called Brexit.

the only battering going on is on the written/verbal plane…

Morning Stella, you “think” i am misinterpreting Jane’s words. Having been on this site for around a month i have seen posts deleted for less (btw I do not want any of Jane post deleted i enjoy them) but i do think the term “battered” is a little extreme written or physical. Unless we are talking about fish and chips.

Morning Torre… I simply said what I thought…

However, I do sometimes use the word “think”… rather than let my words possibly seem to accuse someone of deliberately baiting/aggravating…

Morning Stella, i just find it a little frustrating that you have started an interesting thread and then someone mentions Brexit, why? leave Brexit threads to the Brexit threads and we can have a ding dong there.

Where would be your dream place in the UK ?

Well i was born in the Brecon Beacons just out side Coelbren so beautiful or possibly Tenby its such a magical town.

Bonjour @anon69921496 your comment “Unless we’re talking about fish and chips” to Stella has well cheered me up, and you are now my totally favourite Brexiteer.

You deserve to be SFN Brexiteer mascot in fact and proper pampered!

Can you still get free batter bits with your poke of chips if you can’t afford cod and ask nicely?

Where, in UK, can we find the best Fish and Chips… might be the place to go back (if we had to)…

Kicking and screaming…I’d choose somewhere there is a large Indian population so a decent curry would be available. In reality with only a partial state pension to live on, one retirement doss house is no different from another.

Where my family is which is Canvey Island in Essex. They are all raging UKIPers there unfortunately (not my family I hasten to add) so not sure how I would get on with the locals these days.

If I had no family to consider then probably the Yorkshire Dales, North Yorkshire or the Lake District.