A slightly famous reclusive ex-pat died recently way down south near Carcassonne. Kevin Ayers was famous enough to justify the re-publication of a ‘last interview’ in the Guardian, but his death certainly wouldn’t have warranted space on the national news – neither in his adoptive country of France, nor in his native Britain.

Kevin Ayers was one of those reluctant rock stars who shied away from fame. His prime motivation seemed to be just to create music. And, in order to do so, he needed love in his life. ‘I can't write songs unless I am in love,’ he confessed in that last interview. ‘And I have always been that way. If I am not in love, nothing is meaningful to me. I have no energy.’

When he had the energy, he wrote deceptively slight, whimsical songs almost as if apologising for the emotions they reveal. He sung them in a voice that was as rich and fruity as that of Vivian Stanshall, the eccentric front man of the Bonzo Dog Doo-dah Band. It was apt that he should end up spending so much of his life in France, where they still quietly admire an essential British-ness that alas seems old-fashioned and out of place back home.

He came to my notice as a teenager largely due to his connections with favourites like Caravan and the Soft Machine and the so-called Canterbury scene. I remember listening to an album his Whole World group made called Shooting At The Moon in my bedroom at the top of our house in Belfast, probably stretched out on the bed to concentrate on the stereo separation, with curtains no doubt drawn for atmosphere. My dad knocked and poked his head round the door and told me that the music was surprisingly good, as if realising for the first time that there was life after Frank Sinatra.![](upload://nMINZaaxAG784ONlDINynAYG7H1.jpg)

I was particularly fond of a song called ‘May I?’, possibly because the apparent diffidence with the opposite sex struck such a chord at the time. ‘May I stop and stare at you for a while?/I’d like the company of your smile.’ And there was a song called ‘Clarence in Wonderland’, which with hindsight suggests why his musical output dried up for so long. ‘Let’s go to my chateau, we could have a good time/Drinking lots of sky wine’. Like so many fragile spirits of the age, who couldn’t cope with the degree of fame that they found, he sought refuge in drink and drugs. It was apparently at one of Ayers’ infamous house parties in the early 70s that his grammar-school friend, Robert Wyatt, fell out of an upstairs window. Paralysed from the waist down, Wyatt has spent the rest of his long and distinguished musical career in a wheelchair.

Kevin Ayers, however, went to ground. It seems that he had an unhappy, unstable childhood and the Wanderings of Kevin surely reflected a restless and fruitless search for some degree of stability in his life. Having given up on the Soft Machine when fame and fortune seemed to beckon to flee to Ibiza, he disbanded his Whole World group just as it, too, threatened to take off. Its bass player, Mike Oldfield, of course, would go on to write Tubular Bells and the rest, as they say…

After trying the other Balearic Isles, Kevin Ayers wound up in France. Mike Oldfield spent part of his new untold riches on buying a portable music studio for his former colleague, but Ayers apparently sold it to raise money for a rampant heroin habit. Not surprisingly, he disappeared from the music world’s radar. God knows how he must have lived – in the foothills of the Black Mountains, or wherever it was in the south of France that he lived at that time. I discovered that the drug buddy with whom he spent a lot of his time was a very talented guitarist called Ollie Halsall, who played in a group called Patto, whose first album I also used to listen to in my darkened teenage room. Halsall died of an overdose in 1992.

Like many casual fans, I would imagine, I forgot about Kevin Ayers until one day in the Brive record library I stumbled upon Still Life With Guitar, a collection of songs written at the height of his powers in the 1970s and recorded with the likes of Ollie Halsall. I was surprised, but I shouldn’t have been. One of the most endearing things about the French nation is the reverence in which it holds all kinds of artists and the safe haven it has traditionally offered to artistic dignitaries: from the high-profile, like Pablo Picasso and Miles Davis, to the less known, like Robert Crumb and Siouxie Sioux and Kevin Ayers, it seems, who have hidden themselves from view in the French countryside. Of course they would value an obscure songwriter from the British ‘underground’ enough to stock some of his music. 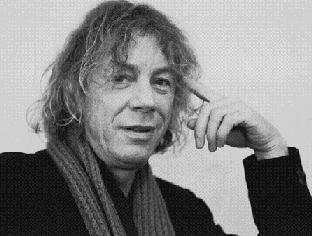 Goodness knows, though, what the locals must have made of him: this tall blonde dishevelled Brit, a kind of male equivalent of Marianne Faithfull, whose youthful beauty was sand-blasted by years of drink, drugs and whatever other way they found to abuse their bodies. Reading between the lines, he lived in a state of near squalor, drank heavily and was given to impromptu recitals on his guitar in the village where he lived. At the time of the last interview, he was nursing some broken ribs from a fracas at the local bar.

For some time, until about five years ago it seems, he lived with an American barmaid about half his age. No doubt she provided the love that inspired his acclaimed comeback album in 2007, The Unfairground. Typically for such a self-destructive artist, the itinerary for the promotional tour the following year sent him into the kind of blind panic that ended up in hospital, suffering from an excess of painkillers and alcohol.

I’m not sure what finished him off. I guess it had something to do with the quantities of the demon drink that he consumed. Not for him, obviously, the circuit of cabaret venues, regurgitating old songs for faithful fans who remembered his heyday. He played a brief series of small gigs in France two years ago, apparently, and insisted that the venues were shrouded in near darkness. I wish I’d known about them; I’m a great believer in supporting your local artists – particularly those who so deliberately eschew the limelight.

I doubt if Kevin Ayers will ever achieve the degree of fame after death that Nick Drake, the quintessential British tortured artist, has done. But he managed around three times as many years on this earth, and I hope that some of them were happy ones. I would love to give Shooting At The Moon a spin in his honour, but I must have lent it to someone or lost it over the years. The beauty, though, of the digital age is that I can go onto amazon.fr and download in ‘one click’ a few of my favourite tracks to hear again that deep, resonant voice that never seemed quite in tune with such boyish good looks.

Jasen, Jon, Donna - thanks very much for your kind sentiments. And thank you for the link, Jon. I'll try to look at it today. Brian, thanks for your insights about Montolieu. It sounds just the sort of place a retiring reluctant star might choose to retreat to. Good luck with your plans. I've passed through Chatellerault on a Eurolines coach, and a friend's daughter studied circusry (if such a word exists) there. Hope it proves a happy choice.

Never knew Soft Machine. I'd left Dublin for farther climes by the time they came along. What I found intriguing was where Ayers chose to live, viz. Montolieu, above Carcassonne, a sleepy little village whose claim to fame is its tens of booksellers. A sort of Hay-on-Wye of the Languedoc. I spent a week last year in St Denis close by and found Montolieu while searching for diversions. At high noon nothing was stirring in Montolieu. The printing museum was open with a selection of old presses but nobody inside or in sight to tell me anything about them. Everything else seemed like a set of The Twilight Zone . The association of a rock star with such a restrained milieu merely confirms my first impression. It takes all sorts. I'm planning to settle smack in the middle of a provincial town as opposed to an isolated hamlet (Chatellerault near Poitiers is prime candidate) where, in my dotage, I can shuffle to the nearest market or yoga lesson without having to turn the effort into an expedition. As a newbie, I wonder what the makeup of our network is: urban vs. rural dwellers. And what benefits does each offer for their choice?

Good article, Mark. I didn't know Kevin Ayers, but your article made me search him out on YouTube (where I find all the musicians and concerts I never had a chance to see). I liked your personal perspective, a tribute without being maudlin. I liked that it was researched with interesting biographical material, so it evoked a time and place... and it wasn't like one of those celebrity obituaries that focuses on why the subject's evil habits led them to an inevitable and early grave. Your words made a few people (or perhaps many) listen to Kevin Ayers and enjoy his music. It's a nice way for him to live on.

Great piece, I really enjoyed reading it. Thank you.

Thank you, Christine. You're quite right. I often forget about You Tube, probably because I know that if I start watching, I'll likely never stop.

Your local bar sounds good, Brian. French music does get a bad press sometimes, but there's some very interesting stuff around. How splendid to have seen all those great names at Gandalf's Garden of all places. In Belfast, we made do with the Queen's University students' union building. I saw the Edgar Broughton band there and I think my ears are still recovering from the ordeal. I was mightily impressed at the time, of course. Kevin Ayers, alas, never made the journey across the Irish Sea. John Martyn, Brinsley Schwarz and Quiver, though, must have all bought blocks of tickets.

I saw Soft Machine at Gandalf's Garden later known as Middle Earth in Covent Garden quite a few times. They shared the bill with the then up and coming Pink Floyd several times, the Edgar Broughton Band who were then the UK equivalent of Captain Beefheart, Aynsley Dunbar's Blue Whale who were a Zappa clone and Kevin Ayers was always the one who was totally spaced out, jamming in with them and basically gigging all night nonstop. That he never really had the acknowledgement he deserved was probably just the way he was. That he survived so long is a wonder and I share your feeling about the Guardian repeated interview in honour when I read it a few days ago. I see a whole generation of really talented musicians going now, most of them rarely given the credit due for their contribution and then look at some of the rather mediocre and often not especially talented people today and hope for the younger generations there is a new wave of people like Ayers. Perhaps without the dope and booze, but sure with the talent. France is good for keeping such things going, seeing a Mingus style bassist or a group playing Charlie Parker music one week and then Zappa stuff the next, etc in a local bar sure does honour that.

Marc, I never heard of that guy before, but couldn't stop reading you posting. Very well done. Perhaps you'd like to know that "Shooting and the Moon" and more of Kevin's music can be heard on Youtube. I just put in "Shooting at the moon Kevin Ayers". Thanks!