If you’re going to state something as fact checking that it’s right is surely a good idea you’d think.

absolutely, so lessons will be learnt, eh?

Which is the very tiny point was making in response to “nobody chooses to be poor”.

OK, I accept that it was unwise, in the interests of brevity, to make an absolute statement and to do so would only invite debate into the semantics and probably semiotics of my words rather than the actual problem at hand.

After all it only needs one counterexample to render my use of “nobody” incorrect.

However I reject the counterexamples so far proffered.

To choose to, say, reject accumulated wealth, possessions and income to join an ascetic religious order is not  to choose absolute poverty, it is at most to choose relative poverty - and even then you could argue that the reference point is similarly minded individuals.

To choose absolute poverty would mean rejecting posessions, wealth and income beyond the point at which you can support a diet with adequate nutrition, shelter and clothes. In fact if you start from a position of non-poverty in the developed world I’d suggest that you would have to reject even charity providing those things as that is effectively accepting income (even if unearned) to get you up to the bare minimum and not then, by definition, in absolute poverty. No sane person would do that, I’m not even sure Ghandi actually went that far.

But if I rephrase my original point as “No rational person, outside of a narrow set of exceptional circumstances, would choose absolute poverty”, while it might satisfy the linguistic purists it looses its punch, don’t you think?

Pot, kettle (but thanks for introducing me to a new word

Now, back to the scandal that is the fact that more than half the world’s population only have $5 a day to live on.

Interesting to see where things have gone by this evening.

As someone pointed out earlier (sorry not to remember whom) western European poverty and typical 3rd world poverty are quite different issues and need discussing quite differently.

Following up @JaneJones point, when we chose to start a family we chose to be poor, knowing that losing one wage for an indefinite period would strongly impact our income. I’d suggest we would not be alone in that, even today. If I were to become a student then I might well choose to embrace being poor in order to gain an education while trying to control the accumulation of debt.

2 obvious examples of choosing not to be comfortably off by the standards of those around us.

I don’t really feel qualified to discuss 3rd world poverty. I’ve certainly seen it in action in both Africa and India, but have not the informational tools nor experience to speak usefully about it.

As someone pointed out earlier (sorry not to remember whom) western European poverty and typical 3rd world poverty are quite different issues and need discussing quite differently.

It was Stella I think - and it is a reasonable point.

Concentrating on poverty in the developed world I still think that there is scant evidence that people are making a conscious “lifestyle” choice to live on benefits, but the right wing would have you believe in the chimera of the lazy workshy sponger from a long line of spongers so as to justify limiting state state aid.

I know some that have chosen gladly to embrace benefits, though their support was much more generous than usual because their were health issues with one acting as carer for the other, while having a substantial family. It wasn’t their starting plan, but rather they were offered the opportunity and were very pleased to be able to embrace it. There is also a substantial estate nearby that was the dumping ground for problematic people in Oxfordshire, and some from that community fit the description very well. I’ve an unpleasant memory of one individual having to be moved on, becoming really nasty to the people in who had very generously given him a room and food for more than a year because they felt it their religious duty to provide shelter for him.

But I’d agree that the ‘Andy Capp’ stereotype is relatively unusual, and not one to rely on as a bogeyman and excuse.

Its the dog whistle rhetoric of the likes of the Dailymail,talkradio, timesradio and now uktvnews, spinning crap to whitevan man, spinning the tory line. We are all only a few pay checks short of being
in poverty ourselves , so should have more compassion towards people who are in a bad place.

Your first example sounds like a “best option” choice and not one which lead to actual poverty.

As for the “Andy Capps” (slightly surprised to see that the strip is still going) - it is pretty difficult to maintain that lifestyle on benefits in the UK - the “hostile environment” is not just at the HO, it pervades the DWP as well

people are making a conscious “lifestyle” choice to live on benefits

Sadly, I think there are many people who simply don’t have it in them to live in a different way no matter how much effort is put in by the benefit system (social services, job centre etc). I also believe this is the case for some living on the streets who can’t cope with being part of society.

That’s true but I don’t think ending up on the streets because of mental illness (very common) makes that a conscious choice.

The system seems to be biased towards the assumption that everyone can work and those that can’t (or rather won’t - in the eyes of officialdom) are swinging the lead.

In the past some of these people would have been institutionalised - but I’m not sure that’s the right answer either.

The first example was about those who had chosen a life of benefits, rather than poverty, that permitted the pursuit of hobbies rather than working for a living. Their lifestyle was found opportunistically, rather than consciously sought out from the beginning. In the end it’s a combination of a lack of gratitude to the state for supporting them in a very comfortable lifestyle combined with feeling free to rub the noses of others less well off in their ‘luck’ has remained with me.

I am being circumspect because we are still connected with them in a variety of ways.

They were clearly fortunate indeed that the benefits system worked for them.

Not sure it changes my point about choosing to live in poverty because it sounds as though they do not meet the definition of even relative poverty.

Not sure it changes my point about choosing to live in poverty because it sounds as though they do not meet the definition of even relative poverty.

I still think that there is scant evidence that people are making a conscious “lifestyle” choice to live on benefits,

I now realise you were talking about choosing benefits AND poverty. Their choice was benefits INSTEAD of poverty, because the system worked very well for them, and in the manner we’d all wish to be taken care of if life became difficult. Consider it a happy outcome, albeit apparently the exception rather than the rule. 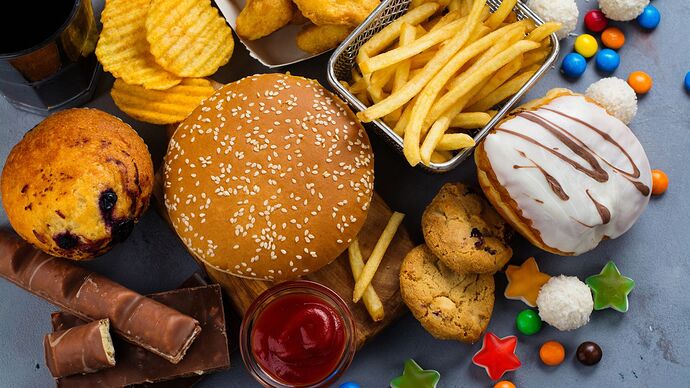 Cost of living: Ban on buy-one-get-one-free junk food deals delayed for a...

Promotions such as buy-one-get-one-free (Bogof) offers and extra free deals on products high in fat, salt and sugar (HFSS) would have been banned under the new measures. 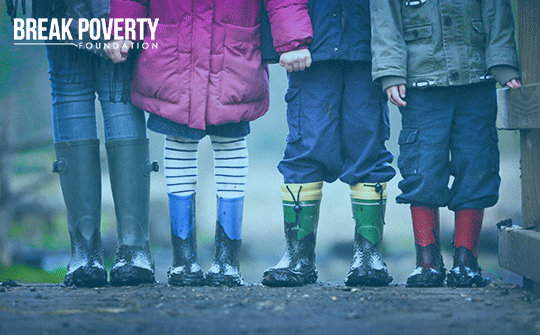 According to INSEE, there are 8,8 million poor people in France today, or in other words, 14% of France’s population

Please can you find us one more up to date as this relates to 2018…???
It would be interesting to see changes (whether up or down) which have taken place in the meantime.

A bit more up to date 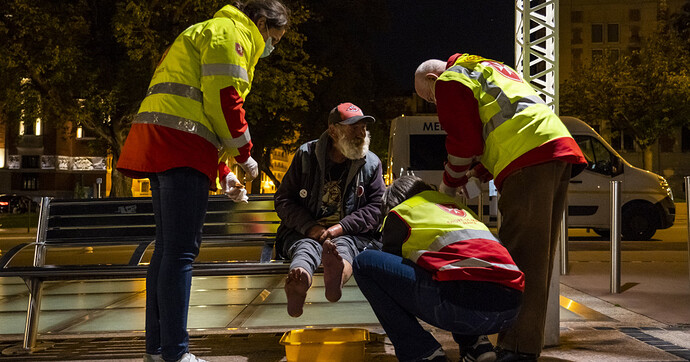 Interesting that they set the threshold for poverty at 34€ a day - as previously discussed this is actually more than Universal Credit is in the UK, by a good margin. 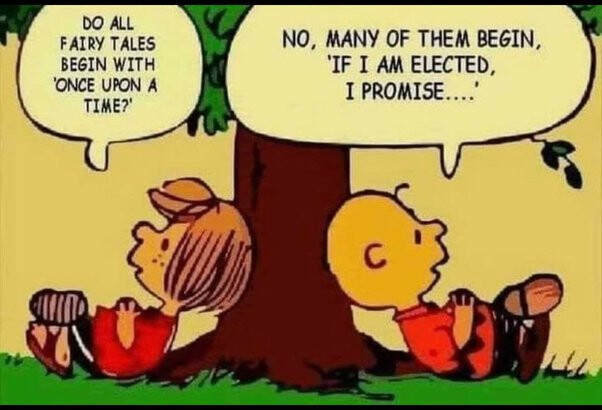 Makes an interesting read… France doesn’t come out too badly, figures quite stable over these last years I think… although I only had a quick peek…
Definitely doesn’t mean France should be complacent, just that France is Number 12 in Europe (middle of the table)… with the worst country being Number 1 …

En France , est considérée comme pauvre une personne dont les revenus mensuels sont inférieurs à 1 102 euros par mois. Jan 5, 2022
Worth noting the wording: “considered poor” doesn’t actually mean that everyone who falls under the bar of 1102/m is actually poor (whatever that really means). I think there needs to be more fine-tuning than these figures offer us…
Yes, there are people in need… and Yes, they should be helped.

Bloody hell, I’m well below the listed level for a family of 4

Yes good point, our income falls short, however we own our home outright so very different in reality! I consider myself ‘needing to be careful’ but not poor!