Hi
I have just managed to adopt two little Yorkie type dogs from the refuge and
I was wondering because of the increasing costs of vet bills, which hopefully
apart from the usual jabs etc., I won’t need but I’m very aware that at ages six and seven you never know as they were terribly mistreated, if anyone can recommend a dog insurance policy here in Lot et Garonne
Many thanks

Hi Barbara welcome back to SF
Your go to place for advice on insurance is @fabien
Either click on the link in this post or on the Insurance drop down link in the SF header.

Well done you for adopting from theSPA.

Insuring your dog is uncommon in France - remarkably since they insure everything else! And often has a cut off of 8 years old.

We don’t bother, and out tyke has had many scrapes but thankfully nothing that has broke the bank. And 3rd party liability is included in your house insurance, so that important aspect is covered.

The only one I have ever heard recommended is this one. 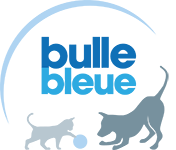 We used this crew Barbara for our cocker. She had a fair number of issues, including very expensive dermatological problems, they paid up uncomplainingly.

My daughter had a cat, Romulas, and as she was coming up to her finals in Med school he got sick. Of course my daughter hadn’t thought about taking out cat insurance. The last thing I wanted was to distract my daughter at such a critical time (and, to be honest, I was very fond of the cat) so I forked out €1,600 for an operation and stay in “hospital”. The cat recovered, my daughter graduated and all’s well that ends well.

I have 3 cats, 3 dogs, of which one is epileptic and blind, and a rabbit who has to have his teeth cut every 5 weeks. They are all rescues and all have their ‘issues’. Given the cost of pet plans and the fact that 2 of the dogs don’t qualify for cover as they are too old, I worked on fostering a good relationship with my vets. I now have an account and they charge me breeder rates. I pay what I can when I can if I have a big bill and otherwise I try to be at zero at month end.
They also call me when they have stray dogs or problem dogs that they cannot approach. (Up until now, I haven’t found a dog or cat I can’t win over). I have fostered for them and even managed to get a dog adopted during the 1st lockdown by my neighbours. It’s become a very good two way relationship and saved me a fortune. I also buy the regular meds for my dog Tilly at the local pharmacy, with the ok from my vet, because there is a 30% difference in price. I do however, make sure I buy my wormers and single tablet treatments from the vets.

I guess what I’m trying to say is see which works best for you. Pre-existing conditions are generally not covered by pet insurances, (but I may be wrong - that could have changed).
Plus most vets will let you pay big bills in 3 goes or more if you are already a client with a good payment record.

Insuring your dog is uncommon in France - remarkably since they insure everything else! And often has a cut off of 8 years old.

Unless you have a so-called ‘dangerous dog’, then 3rd party is obligatory by law, and almost impossible to obtain. For my gentle Rottweiler I was obliged to go with the only company who would do so, for €5/month (fair enough), but only if I paid another €20 for ‘full cover’. A complete rip-off as it didn’t even cover the full cost of his annual vaccs. After the first year of his life with us I didn’t renew and hoped, with justification, that the Maire did not come round asking to see the renewed certificate.

Apart from that, in 70 odd years of dog ownership I have never had insurance for them.

As to a cut-off at 8 years, Boss was already 11 when he came to us, yet this company insisted on going further than the very limited 3rd party only we asked for.

Thank you everyone for taking the time to help me. After weighing up the pros and cons I think I’ll have to stop worrying and hope that they will be o.k.
When we first came to Lauzun four years ago our cat had a fight with a cat which we think lived here before (the lady went into an old people’s home) and Kit came off the worst and we had to pay over 700 euros for his operation. I don’t have that kind of money now and that was what I was worrying about times two.

IMHO pet insurance - at least in the UK - is a complete and utter rip-off.

Animals are most likely to need medical attention when they are old, any many insurance companies have an age cut-off.

The evening before my wolfhound died, I had to call out Vets Now.
£375 for a home visit PLUS £120 consultation fee.

Potential vets fees are one of the main reasons that we won’t have a dog now that we are on pensions.

Unless you have a so-called ‘dangerous dog’, then 3rd party is obligatory by law, and almost impossible to obtain.

It is automatically part of your house insurance. No need to take out separate insurance surely?

I knew vets were a rip off in England but I didn’t think they were here.
That is absolutely disgusting charging all that money to see a poor dying dog.
I’m on a pension as well but when I saw the state these two dogs were in we
Just had to give them a home. Kit is still with us and they get on together like a house on fire !

Unless you have a so-called ‘dangerous dog’, then 3rd party is obligatory by law, and almost impossible to obtain.

It is automatically part of your house insurance. No need to take out separate insurance surely?

Not so for dogs officially categorised as ‘dangerous’, Jane. Separate insurance must be obtained. There are 4 levels of ‘dangerosity’ with 4 being the most dangerous according to an accredited vet. My insurers for everything at the time, Aviva, would only insure Boss if he was level 1. Two rip-off vets covering their arses put him level 2, so Aviva refused.

The first vet heard him groan with pleasure as she manipulated his haunches and then mistook that for a growl, so she then tested him outside by creeping up behind him and grabbing his hindquarters very hard with both clawed hands. He didn’t even look round.

The 2nd vet said he was definitely Level 1 but then, a week later sent the report, Level 2.

The whole adoption cost me € 600 and would have been more if PAD had charged a fee (an old ‘category’ dog they thought they would have to support him for the rest of his life) and the accredited expert who tested my ability to own such a dog had not given me my certificate for nothing ‘because we have the same heart’. This after walking and talking with me for an hour.

We got ours for 300 euros - half price because we got the two.

That is a stupid way to test dogs, I thought they did it by blood tests

Not so for dogs officially categorised as ‘dangerous’, Jane. Separate insurance must be obtained.

I have three cats insured with www.santevet.com (who also insure dogs). They have various policies and levels of cover, much like our Mutuelles. You could ask for a quote online and see what you think

That is a stupid way to test dogs, I thought they did it by blood tests

Sorry Barbara, not sure if that was in answer to me or not, but if it was, I am not sure how you would test a dangerous dog with a blood test.

I do believe however that if there is some doubt as to ‘race’, the daft buggers do start measuring heads though.

But that does not determine ‘dangerosity’, only breed, or breed type.