Is anybody else getting a tad worried?

I wonder what Barbara Tuchman would make of our current trajectory? Are we slipping, inch by inch, into WW3? 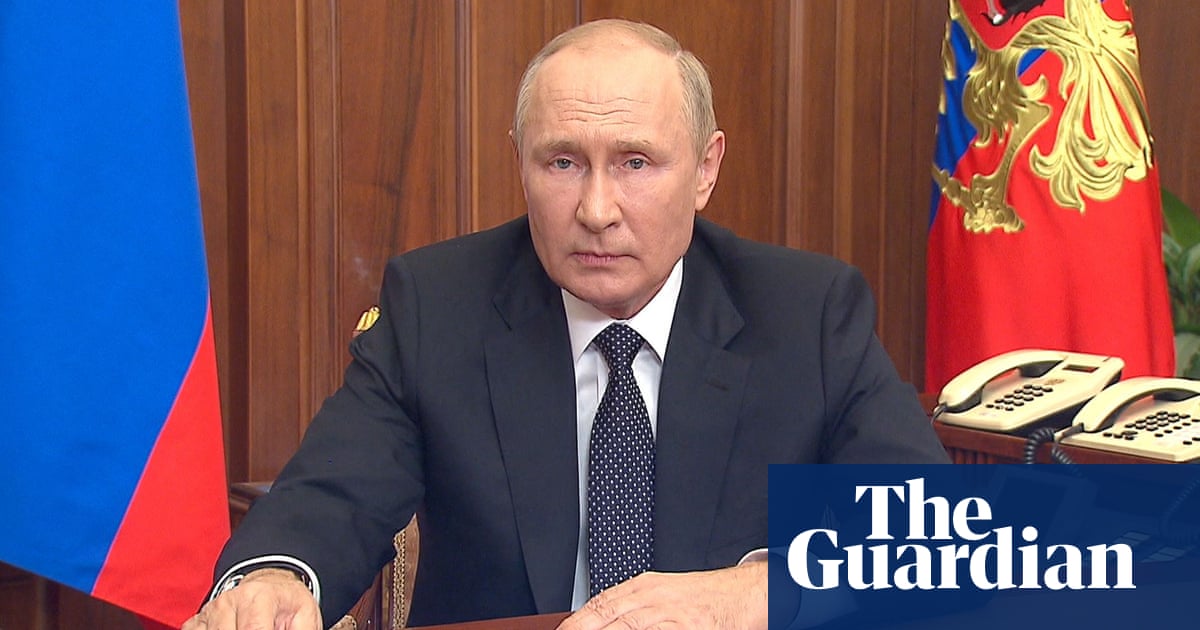 Russian president threatens west with nuclear retaliation, saying ‘we will use all the means at our disposal’

No, we’re trying to avoid WW3.

Allowing the Russians to successfully invade Ukraine would guarantee WW3 as Poland would be next and then we’d have a hot war between NATO and the FRS which would go sideways PDQ.

We don’t know what is going on behind the scenes such as taking him out, spies out in force to topple the Kremlin. Apparently if you believe all the stories about his health, he is gaga and being controlled by others who are the real troublemakers in this Ukraine conflict. I cannot imagine the US or the UK not having a special hit squad ready to take him out if it came to it. (Must stop reading too much Tom Clancy!)

If they have why have they not done it yet?

Interesting that Putin has stopped talking about Ukraine and ‘nazis’, about which it all never truly was, but is now declaring openly that Nato and ‘the west’ is the enemy of Russia.

Tragedy that Ukraine was a buffer zone in the way of Russia’s big plan and that the west felt so reluctant to escalate things by openly going in and joining the fight. All this dancing around the issue will lead where?

Russia bringing in reservists, not to mention the prisoners already released to be launched forth as cannon fodder may not go down well with the Russian public. On the other hand, the Russian public is being fed a constant stream of propaganda making it think Russia is in immediate jeopardy from Nato.

Putin waving his nukes is alarming but anything he (may God forfend) use in Ukraine is likely to ripple into the motherland, somewhat of a pyrrhic victory. And it is unlikely such action would not result in hard retaliation. So, nukes may be off the table but there are still some dreadful arms in Russia’s arsenal, and they are not so good at aiming.

Certainly, no end in sight. How many more must die…

Perhaps they’re struggling to find anyone suicidal enough? The conscripts in Ukraine might be numpties, but Kremlin security won’t be.

I suspect lots won’t agree but I would have liked if Mr. Putin could have at least been invited to the State occasion in the UK yesterday, just out of civility. Along with a couple of others that weren’t invited. Might not have done any good, but better to have talking channels open.

Peter Rhodes from the Shropshire Star wrote that Putin was the first to send condolences on the Queen’s death and good wishes for the new King. Assuming that can be believed was he trying to offer an olive branch? 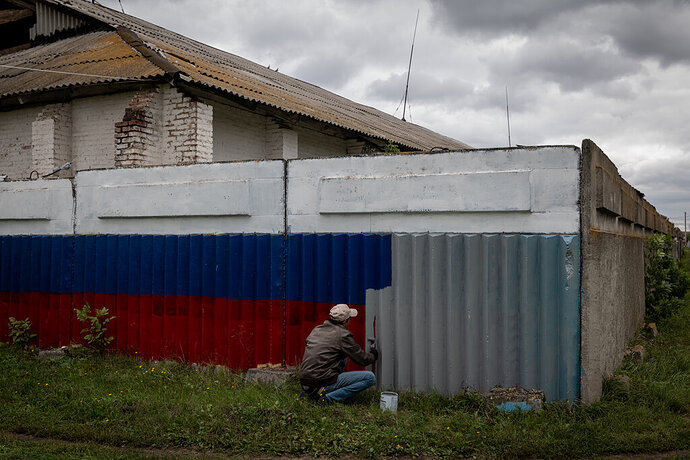 Opinion | Three Paths Toward an Endgame for Putin’s War

But here are three possibilities.

Putin could have at least been invited to the State occasion

Opportunity to put novichok in his underpants?

Seems like the tide is turning very slowly with the ordinary russian folks from what I saw on TV last night. Youngsters who love the western ways, being dragged kicking and screaming and told they will be conscripted mostly as cannon fodder are latching on to the reality of the despot. They also said conscription of males upto 65 years old, well, they won’t last long either! It just now needs a huge backlash against the government but unfortunately people are understandibly scared of the repercussions against them andtheir families if it goes bad especially with all those sinisters militaires around.

That’s the way international diplomacy used to work when grown ups were in charge. Invite leaders of countries you had issues with over for a chat and see if there was some common ground.

Contrary to how Putin’s rhetoric sounds, a resolution may be afoot. China doesn’t make such statements lightly:

China has called for a “ceasefire through dialogue” after Russian President Vladimir Putin announced a partial military mobilisation amid the war in Ukraine.

“We call on the relevant parties to realise a ceasefire through dialogue and consultation, and find a solution that accommodates the legitimate security concerns of all parties as soon as possible,” China’s foreign ministry spokesman Wang Wenbin told a regular press briefing on Wednesday.

“China calls on relevant parties to properly resolve their differences through dialogue and consultation, and is willing to work with the international community to continue to play a constructive role in de-escalating the situation,” Wang added on Wednesday.

I agree this is significant from China Susannah. The West is busy filling Russia’s war-chest - its ‘sanctions’ have just forced up energy etc prices and massively increased the value of Russia’s exports. But China probably does have real leverage on Putin.

Obviously it would suit China to present itself as the peace broker, unlike the “belligerent” West. Let’s hope they succeed on getting people around the table.

Who is not worried?

China are having internal issues, both economic and social, which the Politburo pays careful attention to. China primarily wants/needs this war to end so that the world can get back to buying things made in China.

The 1,300 protesters in Russia who actively do not want to be sent to Ukraine as cannon fodder are also worried.

That’s the way international diplomacy used to work when grown ups were in charge. Invite leaders of countries you had issues with over for a chat and see if there was some common ground.

There were those who shouted loudly that the fact Corbyn met with the IRA, meant that he sympathised with them. Obviously I do not know the rights and wrongs of it but what concerned me was that I was not convinced that those doing the shouting knew the rights and wrongs of it either.
The Queen must have met many world leaders who made her skin crawl but she was a true diplomat and she behaved like one. That is why she received genuine and sincere tributes from all over the world.
I do not think there are any mature diplomatic skills in the entire UK government.

I do not think there are any mature diplomatic skills in the entire UK government.

What I do like, from a brave protester is this:

“In Ekaterinburg, Russia’s fourth-largest city, police hauled on to buses some of the 40 protesters who were detained at an anti-war rally. One woman in a wheelchair shouted, referring to the Russian president: “Goddamn bald-headed ‘nut job’. He’s going to drop a bomb on us, and we’re all still protecting him. I’ve said enough.”