Is anyone getting involved in their local Fête de la Musique this year?

Fete de la Musique will soon be returning throughout France.

We have friends who have a house in the small town of Moreac, Brittany and, together with a few others, we have played there for the past 5 years. We have always gone down well there and had a great time. So, I was wondering if anyone out there is getting involved in their local event next month?

(The truth is that we have a big advantage in that, unsurprisingly, we sing with English accents. French groups we have discussed the finer points with have pointed out that the French accent does not work with most pop songs. If you don’t believe me, just try singing, “It’s Been a Hard Day’s Night” in a French accent. There, I told you so! Conversely, we can’t do Jacques Brel.)

This year I can’t play there; due to work commitments. However, some other friends of ours asked if I could get them to play at the Fete de la Musique at Fontenay-le-Comte, Vendee; near to where we have our house.

I can vouch that, visiting the local Syndicate d’Initiative de Sports et Culture to explain that your friends would like to play as an acoustic duo; playing covers; and their own material; and what electrical equipment you’ll be bringing with you is a good way to test your “get by” French,. I tried it and almost failed but the word gratuis seemed to signal a certain understanding. They were very friendly people, though.

So, to get back to my original point. I was wondering. Is anyone else involved with any of the Fete de la Musique events? Are there any you would recommend from attending in previous years’?

And if you’ve never ventured to any Fete de la Musique events (certainly as regards those I've visited), it’s a great way to spend a summer’s evening; walking around and checking out the bands and other events on street corners and outside bars. It is a golden opportunity to informally meet local people. And it’s free! (Do you see my inner Tyke coming out there?)

Maybe it’s time to dust down that guitar, that’s been in your attic since you moved to France, and think about playing at your local Fete de la Musique, next year. And if you’ve got an English accent you’re already half way there…

(…By the way, if you are near Fontenay-le-Comte on 21st June, my friends go by the name of Peculair Blue. They really are very good although I’d never say that to their face - and the good-looking, big bloke humping around the PA system is me! Don’t forget to say "hello".)

“Life is what happens while you’re making other plans.” as John Lennon said.

I'm sure you're going to have a great night. Hope some others will check it out this year.

Planning to visit Bayonne with friends,

Hi, I thought I’d try and revive this old thread. The Local (www.thelocal.fr) published an article yesterday about the upcoming Fête de la Musique (here’s the article date/title: 20210618 “Mini-concerts-in-bars-and-no-curfew-whats-changed-for-frances-fete-de-la-musique-this-year”), and here’s an excerpt from it:

" Health rules for France’s annual Fête de la Musique have been eased, with small indoor concerts permitted in bars and restaurants, the Culture Minister has said.

Local volunteer orchestres and fanfares most likely won’t be part of the performances. So I guess folks like me won’t get to play this year. There’s been no opportunity for rehearsals prior to the 21st, due to Covid. Buskers won’t be allowed either, again due to Covid regs. But, professionals have been allowed to rehearse, I believe starting back in May… And I can imagine that smaller groups or individuals have been rehearsing of course.

But tonight there’s an apero for the local harmonie (community orchestre), and I’ve bitten the bullet and confirmed I’ll attend. I’m so nervous… I was spoiled by having some English-speaking acquaintances who knew both French and English, who helped me out when I was part of a different CMF ( La Confédération Musicale de France) harmonie. Tonight, I’m going solo and my ability to speak French remains so poor. I’m better at writing, than at speaking/understanding spoken French. Trying to be brave. But, after so few social events for so long, even my (sub)normal social skills will be pretty rusty.

The other thing is that I just had my second Covid vaccine this morning… I was pretty ill after the first one. Fingers crossed that I’ll be fine. So far, so good!!

Thanks for reading all of this. I’d be interested to hear if anyone’s planning to attend any of their local music events this Monday?

Many of them will be allowed to perform indoors, thank goodness; the weather doesn’t look like it’s going to comply, in terms of outdoor venues…

Anyway. It’s time to get back into the swing, I guess; e.g., having a bit more social/music activities… Aka, fun. Cheers.

For me… in certain situations, there’s nothing quite so comforting as having a few phrases written down… so that when/if panic empties my head… I simply take a moment… remember to breathe… and discretely peek at the paper.

Re your covid vaccination today… be very careful and, frankly, if you don’t feel up to snuff… then I suggest that you think about giving tonight a miss.

Everyone will understand and be sympathetic if you do decide to cancel…
We are all aware of the various vaccination-reactions etc etc which some folk are suffering.

whatever you decide… hope you feel OK …

After some debate and thought, it makes sense to stay put and not go, after all.

But, my plans aside. Anyway. Onward.

Is anyone going to attend any of their local music on Monday? I’d love to hear about how it went in your area?

There was an absolutely fabulous musiques en fête last night on France3 - 3 hours of classical music!
Can’t wait to find a youtube or similar reference to it… 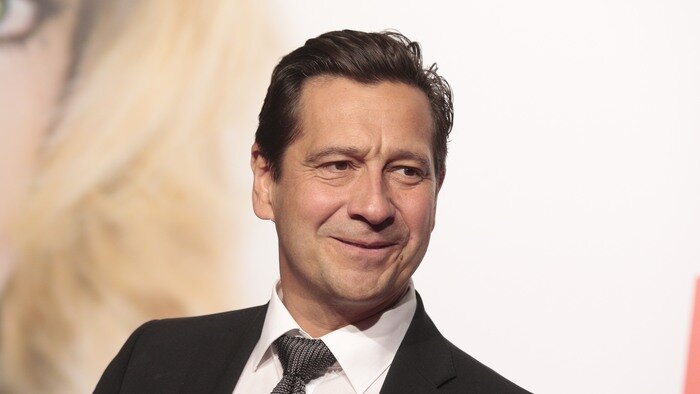 Our first concert is 27th June… and there’s another 4th July and one a week after that.

Just off out, we have quite a few musicians in the village. Two professional, a local d.j and and the rest amateurs, so it’s a mix and match home grown event. This year there will be less sharing of food…so basically bring your own plates, glass, bottle, etc and settle down a couple of metres from next person. And enjoy.

an image from our TV of last night’s concert in the Côte d’Azur - incredible place. The roman theatre of Orange Vaucluse (84100) Huge amphitheatre with fantastic lighting to exploit the best effects… 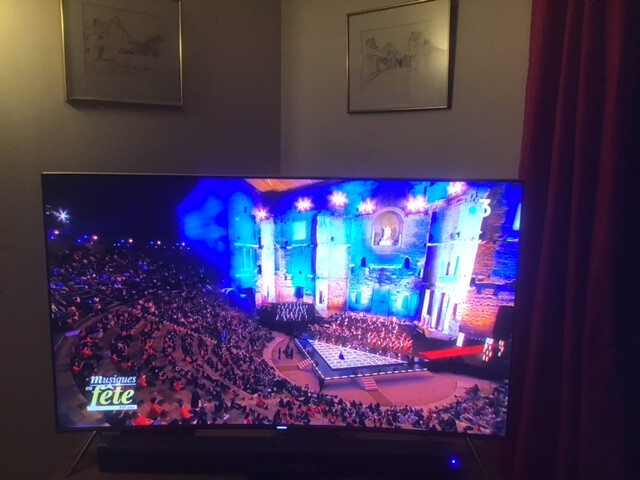 a picture of the theatre in daylight: 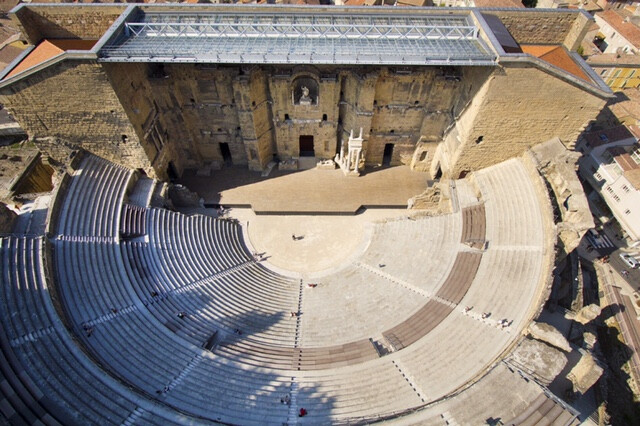 and as treat, a piece from the concert (get your hankies out!) 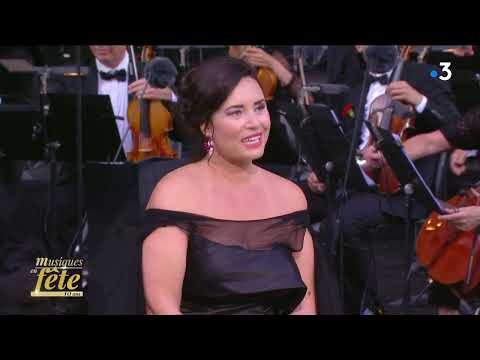 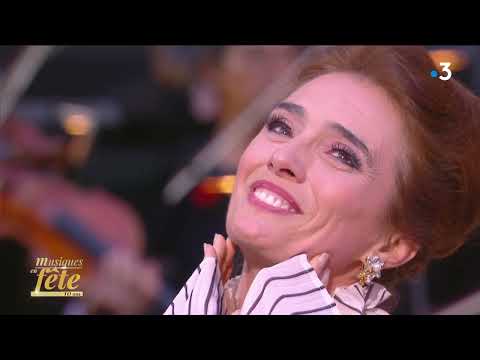 thank you for these clips… absolutely wonderful.

There’s one I’m particularly excited about is this 13 year old youngster - what a performance! 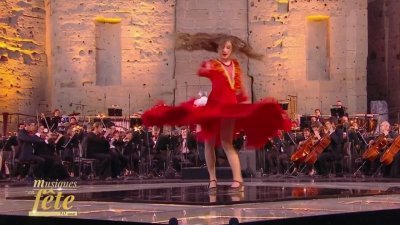 Our granddaughter is a similar age attending dance classes - what an inspiration this will be for her.

I usually play, but this year is uncertain. The two towns I usually play in have either cancelled or shrunk the event significantly. On the cancelled side they’ve booked us to do an early evening set mid July instead, so at least we’ll play a bit! There’s a “possible” in a nearby village, but the guy who was organising it has to go deal with some family issues, so that’s up in the air too. Pas de chance.

Hope you get to play some more gigs, to make up for the cancellations. I’m hoping to see Le SNOB tomorrow, in Niort. First time I’ve been to see live music in many many months. It’s a two-hour drive from where we live, but I’ve been wanting to see them for several years now. And, it’s time to make more effort to see live music, I think.

Where do you play, generally? By chance in the Charente?

In the Gard I’m afraid. The 10th July gig was fun. Mainly, my teenage daughter’s band has ended up with 4 bookings this summer! So I’ll be mostly roadying.