Is Parliament starting to "take back control"?

While being a sort of left leaning liberal (small “L”) bloke myself, I’ve a lot of respect for Dominic Grieve, for both his intellect and his integrity. When one looks at some of the buffoons (eg Grayling, Raab C Nesbit, etc.) who are either in Cabinet or have passed through it, one wonders why such talent is left on the back benches. However it looks as if Grieve’s strategy to avoid a crash out Brexit may be starting to work. 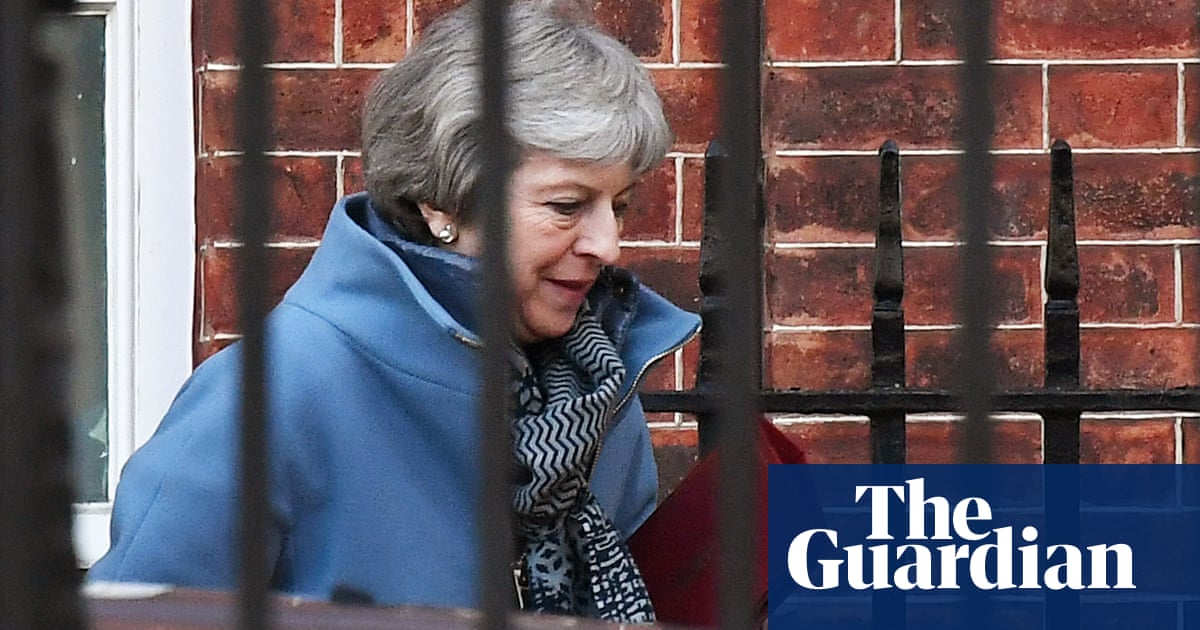 Brexit: PM may have to draw up new proposals three days after Commons defeat

Mr Speaker has accepted Dominic Grieve’s amendment, against the recommendation of the Clerk to the Commons.
I would love to see Dominic Grieve as the Leader of the Conservative Party.

This is a hammer blow to May’s can kicking strategy

I think that Mr Speaker was quite right to allow the vote on the amendment. The shilly-shally delay being orchestrated by the Prime Minister has gone on for far too long and it is high time that matters were brought to a head and decided upon one way or another.

Bercow was totally wrong but as he’s leaving fairly soon I don’t suppose he really cares.

A new amendment is being brought forward by Labour to the effect that the government will follow all EU regulations regarding jobs and the environment.
This is to try and get THE Deal through.
I can see a host of other amendments coming forward that will be unpopular with Labour and we will be back to square one.

Bercow was totally wrong but as he’s leaving fairly soon I don’t suppose he really cares.

While he went against established parliamentary procedure and precedent he also restored parliamentary sovereignty allowing it to vote on what he obviously saw as an important issue (and, I believe, one of the speaker’s functions is to oversee what parliament debates).

If parliament felt that this was wrong they could have voted against the amendment and nullified his decision - they did not.

Ultimately this amendment has won back a little of the time that May wasted by postponing the vote until next week - quite important with only 78 days to go to “B-Day”.

Though I think that you might be correct in your assertion that the fact he has said he will step down has emboldened him somewhat.

Well, well, well. I never believed that I would ever agree with you on a matter of politics but that day has arrived!

You often voice support for Trump’s actions but condemn this, strange. Personally I believe he has faced up to the responsibilities of parliament and handed them back the sovereignty that so many wanted. Unfortunately many of the many blamed the EU not the Conservative party.

WhiIst I’m happy that the amendment went through, I don’t think it’s right that the speaker should go against parliamentary procedure.

Well they battered away at him for over an hour and never laid a glove on him. A masterful performamce IMO. To see Andrea Leadsom asking for publication of advice after the attorney general scandal was priceless.

WhiIst I’m happy that the amendment went through, I don’t think it’s right that the speaker should go against parliamentary procedure.

I am grateful to other commentators around the net for this list but the government has been riding roughshod over parliamentary precedent and procedure since the summer of 2016.

Need I add any more?

None of this generated the outrage which it should have done.

And as far as Speaker Bercow goes, I think that “Cometh the hour, cometh the man” fits the occasion and the man.

@anon88169868, you won’t find me arguing that the current government is appalling, however most of those examples are nothing to do with parliamentary ‘procedure’.

I totally agree.
He is standing up against a government that has already been accused of treating the House with contempt.
This government wants its piece of cake and its penny too and thank goodness we have someone who is strong minded enough and independent to stand up to them.

Are we talking about the same ‘honourable’ man who has been accused by many of bullying and harassment in Westminster? 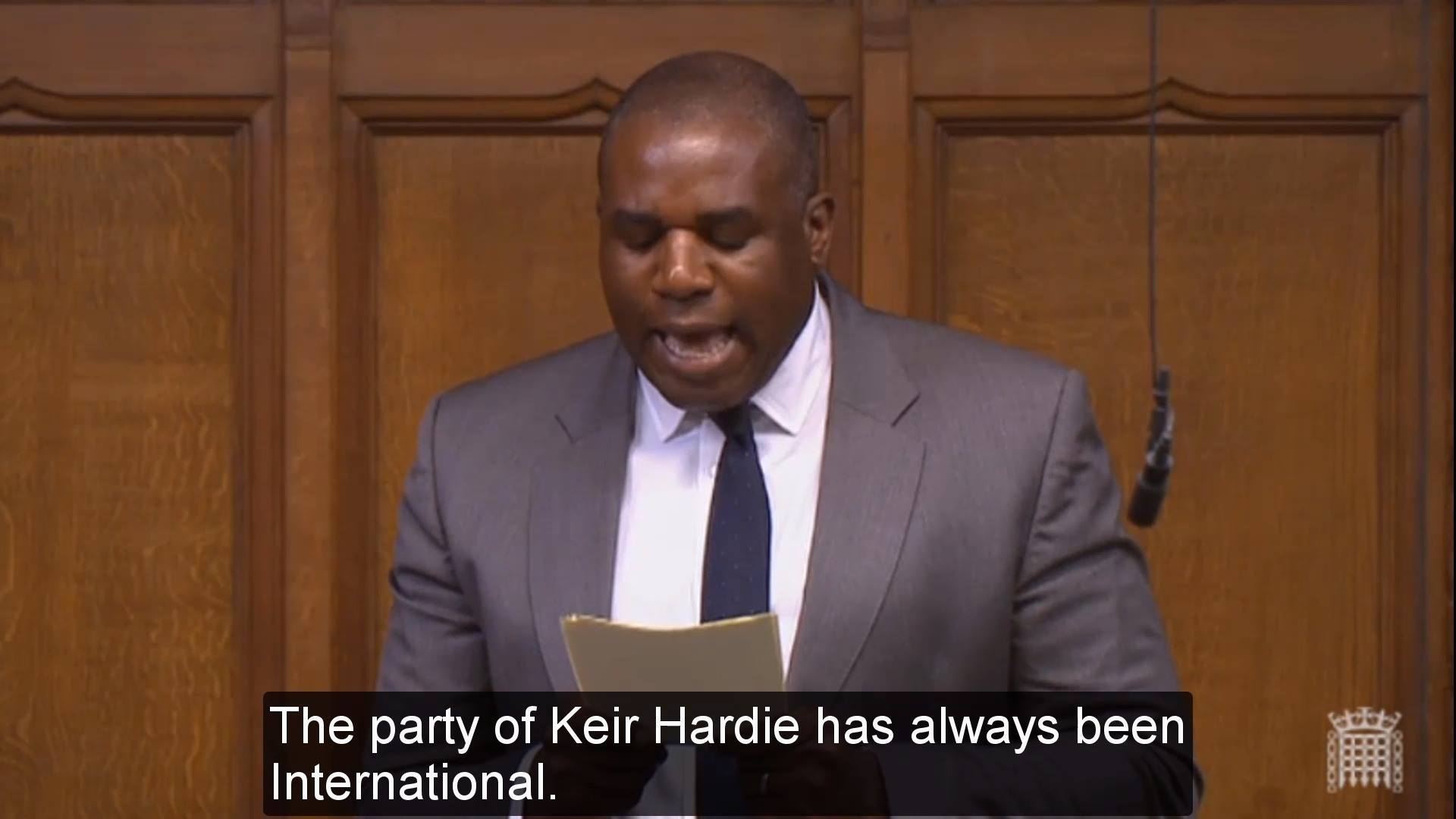 Mr Speaker, I have faced many challenges in the two decades I have sat in this house. But Sunday 7th August 2011, the morning after the Tottenham riots, was by far the greatest. Walking on broken...

We are talking about his actions as Speaker whilst the House is sitting.

I am just starting a new book, saint Death, the second John Milton thriller and there is this piece taken from
Ephesians, Chapter 6, Verses 11 to 17

“Put on the whole armour of the God, that ye may be able to stand against the wiles of the Devil / Because we wrestle not against flesh and blood, but against principalities, against powers, against the rulers of darkness of this world, against spiritual wickedness in high places.”

Whilst many may not agree with the religious flavour of this statement, when you have a government which states that it is sorry that people are being investigated for crimes against Electoral rules, overspending etc. during the Referendum and has been found guilty of holding the House in contempt, it shows that nothing has changed.

I think his actions in the HoC are indicative of his normal behaviour.