Is Renault to blame

Leaving aside the horrific outcome of the accident… 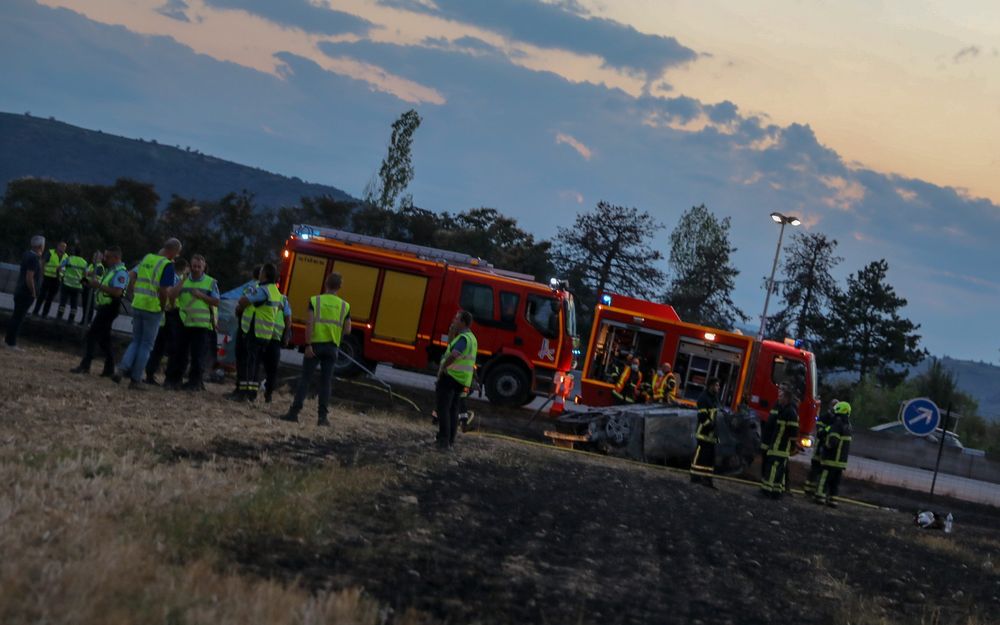 The state of the turbo is not covered by the CT.
The car was15 years old and it is unlikely that Renault can be at fault unless the vehicle had been routinely serviced by an authorised workshop.
A competent driver with a runaway engine would have depressed the clutch while applying the brake. Switching off the ignition might have saved the engine - if there was anything worth saving!
Don’t know a lot about turbos, but it is hard to imagine how a failure could make it more efficient!
Terrible about the children. Guess people need to find someone else to blame.

When this appeared on TeleMatin news it suggested that the fault was with the brakes… The driver apparently said before he fell unconscious that there was a problem with the brakes and that they had recently been serviced. How that now translates to turbo seems curious. As @Mike_Kearney says, with so many deaths attributable to this incident, I guess the blame game has to begin.
Best of luck to them having a go at a giant like Renault though in regard to a 15 year old car…

A competent driver with a runaway engine would have depressed the clutch while applying the brake. Switching off the ignition might have saved the engine - if there was anything worth saving!

Difficult with so little to go on but if it had a turbo it might be more likely to have been a diesel - I don’t think many of the Scenic petrol engine options were turbo charged in 2005 but I think that the diesels were.

That would also fit with engine runaway as that is also a bit more likely with a diesel - and if the problem is that the engine is burning its own lubrication then turning off the ignition won’t accomplish much.

All a bit odd though…

All a bit odd though

Seems it is a known fault -

"What often happens is that when a turbo fails, it is the oil seals on the rotor shaft that let go. This allows engine oil to be drawn into the inlet tract and the engine will feed off its own oil. As this is an unmetered fuel supply the engine will ‘run away’ revving out at maximum revs until the oil supply is exhausted at which point the engine will seize.

A very frightening thing to witness as there is no way of stopping it. You might be lucky enough to have the presence of mind to stall the engine though, the key will have no effect once this starts.

But that is an extreme case and is the one that will cause a written off engine."

But clutch and brake should have made it possible to stop. Not good for the engine, but that would be wrecked anyway.

But clutch and brake should have made it possible to stop. Not good for the engine, but that would be wrecked anyway.

That’s what I meant by “a bit odd” - as you say it should still have been possible to stop the vehicle - even autos can be put in neutral - normally at any rate.

And knowing it can happen means that any authorised Renault garage would include checking the condition of the turbo in a routine service. If they had failed to do so, the garage would be at fault, rather than the manufacturer.

If they had failed to do so

Always on the assumption that appropriate instructions were given to do so… if the owner said no more than, say «fix my brakes» or some such thing, and the garage carried out such a specific instruction as instructed then how can they be deemed liable for something that they were not contracted to do?

Could someone clear something up for me, how many people were in the vehicle as I read that there were nine which seems too many for a Grand Scenic?

appropriate instructions were given to do so

Renault’s defence would be that service schedules are shown in the handbook, showing the intervals at which certain checks are carried out. But if you just take it in to get a puncture fixed, that’s all the garage is responsible for. It seems unlikely that this vehicle has a FSH!

I was wondering… about a servo… if a part of it was failing… there would perhaps be an oil leak or similar… ??

EDIT I should have said Turbo… sorry everyone… TURBO

is a servo something which simply “gives up the ghost”

We were talking about a turbocharger, the purpose of which is to increase the pressure at which fuel enters the engine, resulting in an increase in performance.
A servo is a device that increases the applied effort. In a car, that allows you to apply greater braking effort with a small pressure on the pedal. Just one reason why you shouldn’t switch the engine off when going down hill!
But I don’t know the answer to the question you meant to ask! I would guess that in a recent CT something might have shown up on the emission test.