Look at him! All casual and pretending to be like the locals. 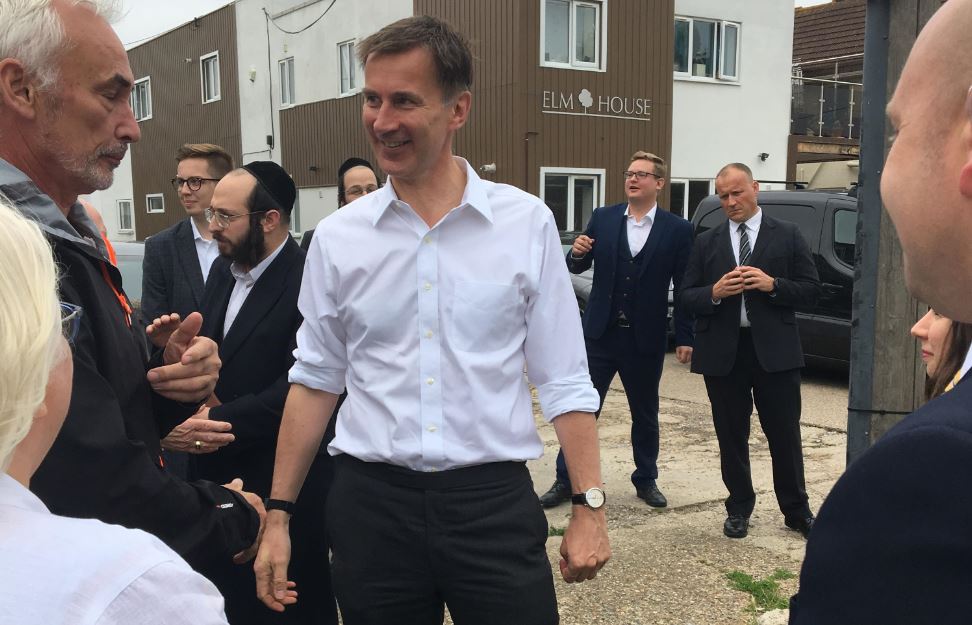 Wow -it all happens on Canvey !!

Sadly, he’s been and gone. My brother saw him in the town centre (he’s a taxi driver - my brother not JH!!) and he was discreetly surrounded by lots of big burly protection officers and was whisked away in a convoy of four 4x4’s. They seem to be taking no chances!

Well, I suppose he is the Foreign Secretary

He could have come to France to meet some expat Tory members, which I suspect may be quite a few.

which I suspect may be quite a few.

Bob, so what makes you feel clean?

Mandy, you didnt miss much i am sure.

Not being around ex-pat Tories, who are nostalgic for the days of empire; but have decided to live on the continent, in any case, despite their fear / distrust of Johnny Foreigner

He’s a busy man and even had time to answer questions from Joe Public but,

During a phone-in on BBC Radio 2’s Jeremy Vine Show, Mr Hunt agreed with a caller who said the EU was “treating us like dirt”, adding: “I don’t think they’ve shown respect for us at all.”

They just don’t get it…

Many ex Tory voters, there is a difference.

I suspect the expat who I saw kick a café owners dog is probably a Tory voter.

I wonder what weighty considerations led to the choice of Canvey Island for his hustings walk-about, and wish I’d been a fly on the wall when he was briefed on how to comport himself if he was heckled by an islander.

Any thoughts on that Mandy?

And let’s face it ,a lot of MPs are unaware that there is life north of Watford