Just in case you’d forgotten all about it

Well we guessed we would be used as a pawn in the negotiations, so this could well be an attraction decoy.

How dare they! They are determined to crash out without a deal. In order to impose conditions on any European nation they need a place to stand and a lever long enough. They have neither.

This is interesting too. First accepting tariffs now checks between GB and NI. More broken promises by BJ, or were they lies? 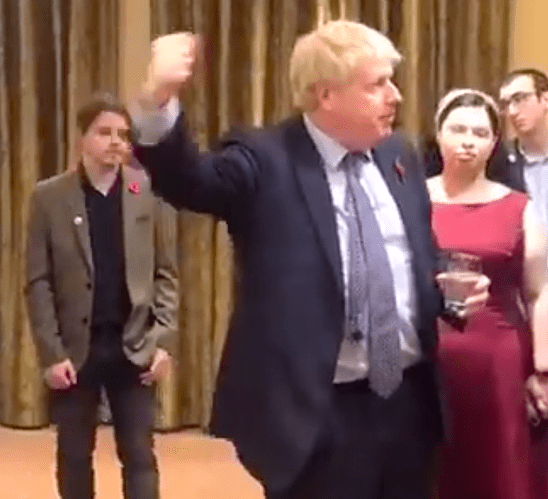 UK admits there will be checks on goods crossing Irish Sea to Northern...

Almost certainly the tit-for-tat one-upmanship moves corresponding to the EU decision to formally “notify” the UK of not respecting EU citizens rights (or vice-versa, as I don’t have the chronological sequence of events)

This should give an English translation from Faz : https://translate.google.com/translate?hl=en&sl=auto&tl=en&u=https%3A%2F%2Fwww.faz.net%2Faktuell%2Fpolitik%2Fausland%2Feu-kommission-leitet-verfahren-gegen-london-ein-16770014.html

Thanks, but I got sidetracked by an article posted on Twitter by the SZ, so read that instead, auf Deutsch, when I couldn’t sleep this morning.

There will be no trade agreement with the EU without an extension.

The request for an extension needs to be made at the latest in July.

Before we can request an extension an Act of Parliament needs to be passed to change existing legislation.

But don’t worry we can always rely on WTO rules….

WTO on the brink

Chris Grey, as ever, writes eloquently this week on the current state of play.

More broken promises by BJ, or were they lies?

It turns out that when sabre rattling bravado meets legally binding promises the latter win out.

By jove, we’ll just rattle them louder, the blighters !

Brexit was presented as the triumph of ‘the people’ over ‘the elite’, and the years since the Referendum have repeatedly cast all the conflicts it has given rise to in those terms (hence, ‘will of the people’, ‘enemies of the people’, and the equation of remainers with the ‘liberal metropolitan elite’). Yet this is a precarious construct, given the fact that the country was and is more or less evenly split – making ‘the people’ an unconvincingly small proportion and ‘the elite’ a preposterously large one – and the self-evidently elite nature of its leaders.

The idea that the largely male, public school and/or Oxford educated Brexit leaders – a category that takes in Johnson, Gove, Farage, Cummings, Carswell, Lawson, Rees-Mogg, Hannan, Redwood and many more – are anything other than a privileged elite is plainly ludicrous. It is a fiction which is constantly vulnerable to obvious inconsistencies, but although they are often pointed out (Rees-Mogg’s investment fund company, Lawson’s French Chateau, Redwood’s advice to investors) this has no cut through with their supporters.

Why? It is not, I think, that those supporters fail to spot the privilege of their leaders. It is that this isn’t the kind of privilege to which they object. Such figures – Johnson, most obviously, Farage, certainly, even Rees-Mogg, surprisingly – are seen as being, despite that privilege, still in some way ‘ordinary’ and, perhaps, more important, as ‘authentic’. More than anything, they may be privileged but they are not what their supporters mean by ‘the elite’ which, instead, is associated with the supposedly finger-wagging, won’t let us say what really think, prissy, moralistic, do-gooders. The Human Rights Brigade. The PC Brigade. The girly swots. The bleeding-heart liberals.