Hi : With the past couple of days of decent, sunny weather we've noticed a proliferation of wildlife in our garden. Living next to the river helps too, as many of the creatures wander through and across to get to the water.
Today as well as a few magnificent deer, we saw what looked exactly like a fox running up the driveway, into a bamboo thicket. It was the same size and colouring, except instead of a normal lovely bushy tail, it had a skinny one. As it ran past, it made funny kind of yipping noises. I watched a You Tube video with a fox making a noise, but this was different.

Does anybody have a clue on what this could perhaps be?

Yep, silly little men with guns, salmon and eel traps and crossbows..... We have regular animal and bird visitors to our large garden who become rather complacent about us. They tap on the French doors, go for a stroll close to our cat with not a care in the world and it is always so sad when they all disappear. Yesterday though, two very large and pregnant looking deer spent a long time chez nous. I wish it had been a genet : such beautiful creatures.

Wishful thinking Keith! Be positive, think that you were lucky and saw a genet Susan...

Hi Alison - That could very well be the case. Poor thing, if this is the case. One thing for sure, if it IS a fox, nobody would want that tail as a trophy :-)

See the face at the 'wrong' angle and it looks (kinda) foxy. Got the tee-shirt. I did not know what they were until seeing one here.

Hello Brian: I thought that genets were more feline creatures? This was a really foxy looking animal, with pointy face but just the tail was wrong. I've been Googling "dogs that look like foxes" without success. The noise this animal made was odd, too. I would love something like a genet as a frequent visitor to our garden, by the way.I'm currently reading "Next" by Michael Crichton, about transgenic animals and this one today has got me thinking..... Only joking.

Genet, lovely creatures. They live on wood mice and that's about it, no pest whatsoever. See them now and again here.

I have spent hours after each swim watching the dragonflies patrolling tirelessly up and down over the pond, darting here and there, hovering, including investigating me, and also when spotting another one, twisting and turning wildly reminiscent of a Battle of Britain dogfight.

A couple of days ago after lowering myself in I saw one floating on the water. I gently brought my hand up from underneath to lift it out and place it on the walk board. Its legs were still moving a little but I left it alone and made a mental note not to step on it when I left.

The next morning it was still there, but no longer moving and then later on the side of the board, apparently clinging on. Later still it was gone, nature’s undertakers had been at work I assume, though I thought they normally operated at night.

This morning there was another one clinging on the side of the bridge board further up the pond from where I balance precariously while sweeping the leaves from the surface. No movement and again I left it alone. Just off to check if it is still there.

Well, part of it is, the head and the body that is supported by the legs, but the wings and the long ‘fuselage’ have gone. And there is another one flying around there now.

While balancing fully clothed and mindful of the danger of falling in, this was the best I could do. 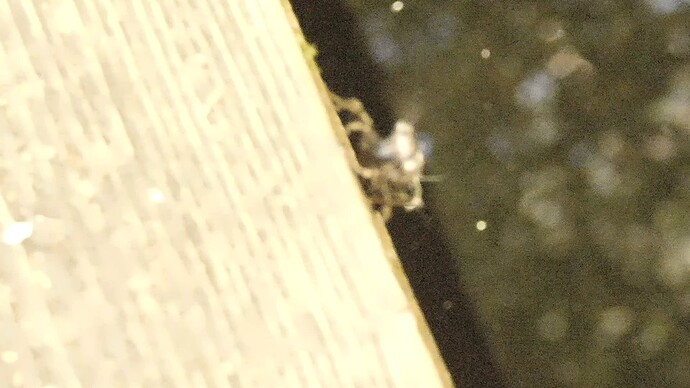 After my evening swim and then while on the bridge using the net to clear surface leaves I noticed the creature still there, but could not see it properly so, holding the net underneath it, I dislodged it into it.

I was very surprised to see that there was still something of a tail but that the whole thing was black and brittle, in fact what is left of a nymph after it has emerged from the water to climb to a suitable perch and then split open to allow the adult dragonfly within to release. Exactly the sort of live examples that I used to filter out of the net back in the spring and return to the pond.

So does this mean that they are still ‘giving berth’, in September? I thought that that would only be in spring time and that the dragonflies, which are still patrolling btw, would shortly be dying off after doing their mating and egg laying.

Garden visitor at the weekend. 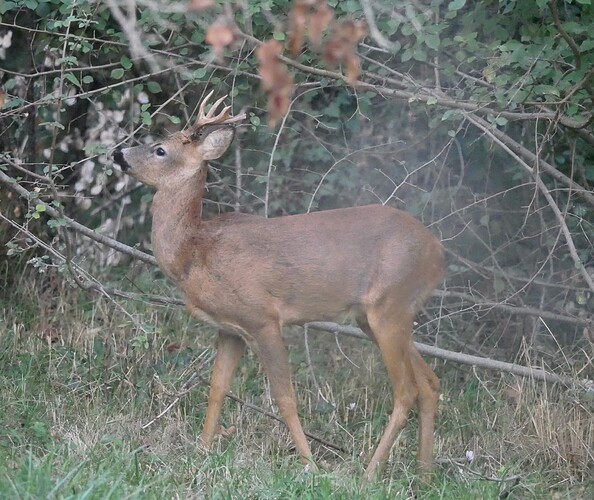 why did you shoot it ? you rotter

Here’s a couple taken using the phone from a week or 2 back. 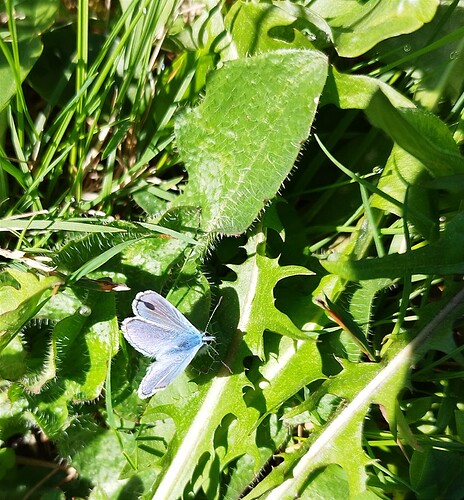 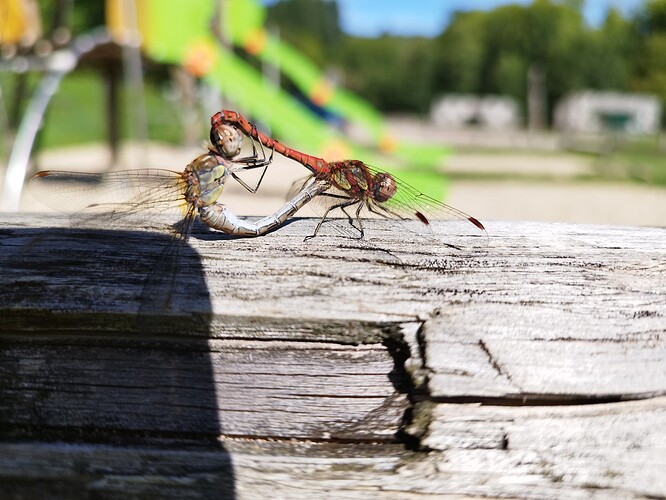 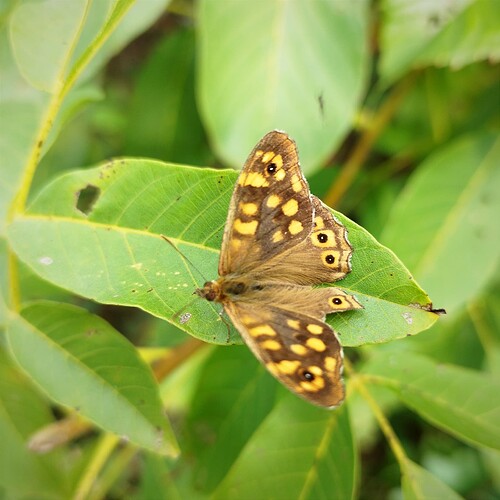 Lucky person, I take it you don’t have a dog. Even with Tosca, our late Setter who was uninterested, they soon ran off at 200 metres distant. With Jules, our chasse gened Beauceron, they would be howled off long before a picture was possible.

No dog, just a cat that thinks he’s a dog. He was asleep somewhere at the time.

Does a beluga count as wildlife? 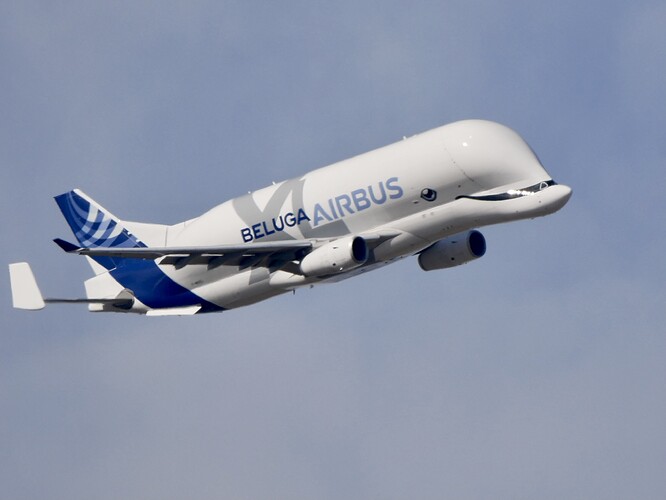 Airbus carries out low speed, low altitude flight testing every couple of months in the area as they would have to be incredibly unlucky to hit anything other than fields or trees if something went wrong.