So things are progressing after the floors have been poured we move onto the supporting walls which have a lot of reinforcement in them to support the stairs and the upper floor.

The walls are shuttered and filled with concrete: 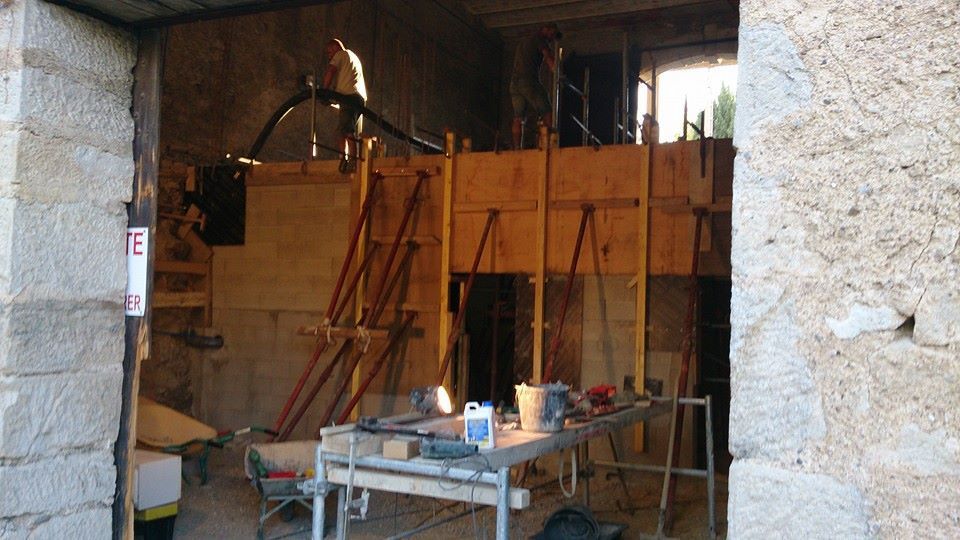 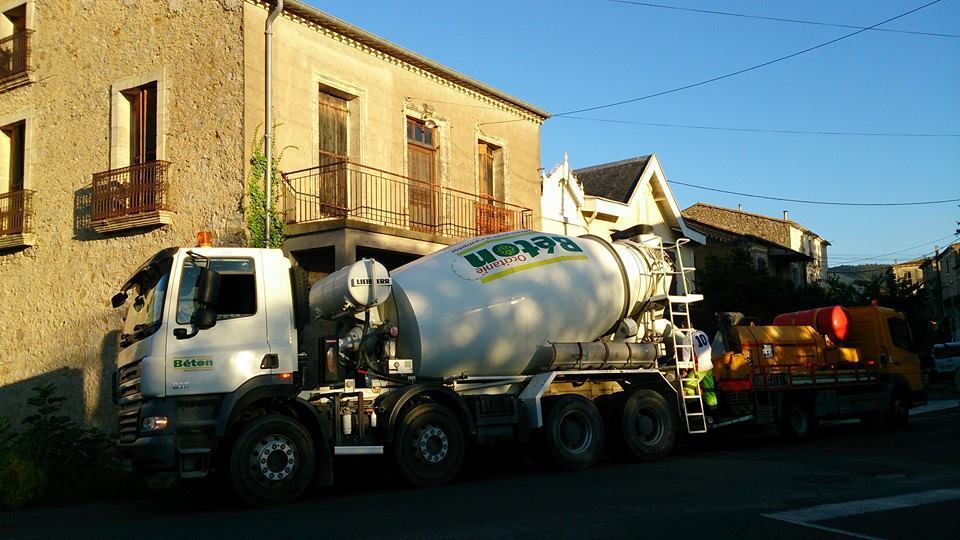 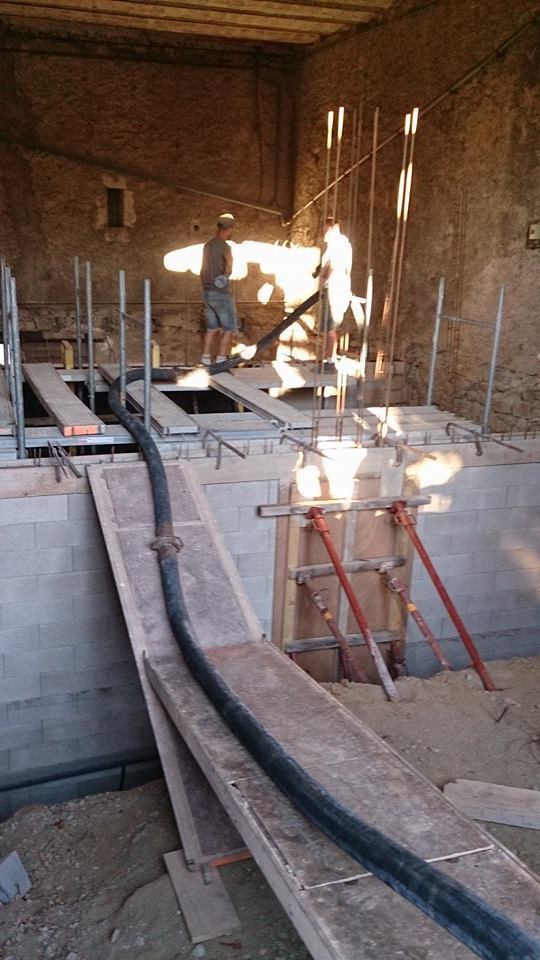 I have to say it was clear that a massive amount of weight was being poured and I’ll never forget the sound of the shuttering cracking and creaking under it. I was sure it would blow!

Once that had dried we were ready to install the upper floor, the garden again looking like a building supplies store 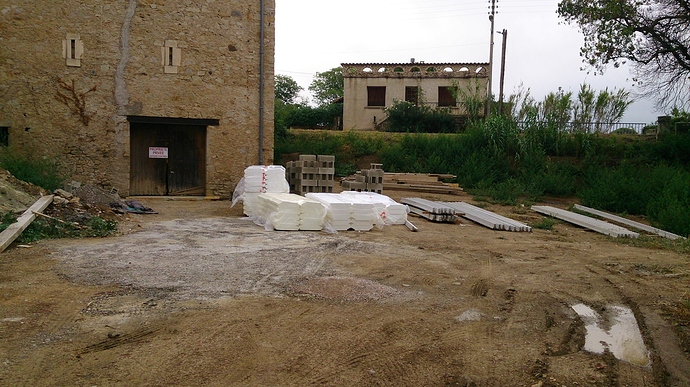 Quickly the floor started to appear from above: 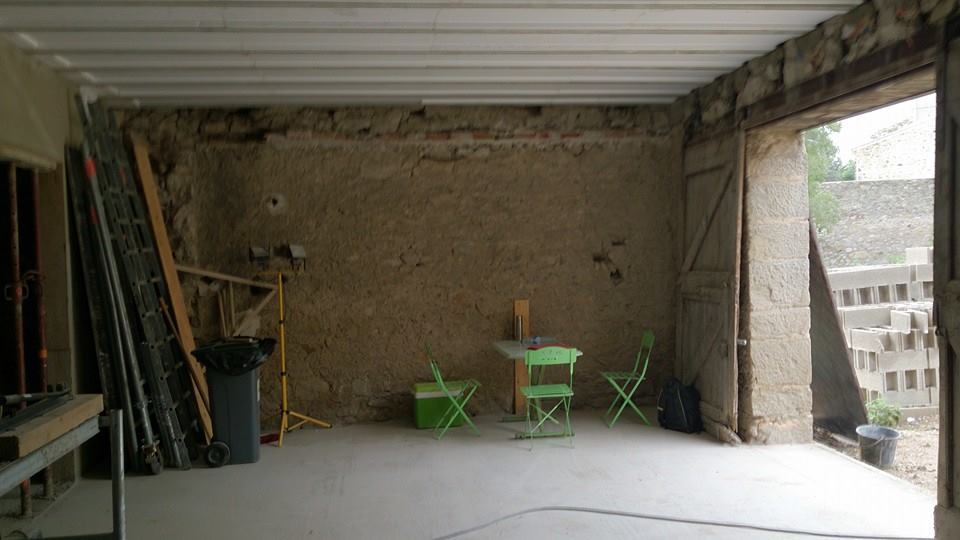 making the room look almost habitable! It was at this stage when I saw the floor above I could really visualise the space. It’s now starting to really take shape. I almost cried with happiness when I saw this floor laid. Up to now it has felt like we were destroying everything which was of course the plan and at first felt good to be starting but after a while I just wanted to start rebuilding. This new floor really signalled the beginning of rebuilding. Having taken out the earth floor we now have a nice new one. 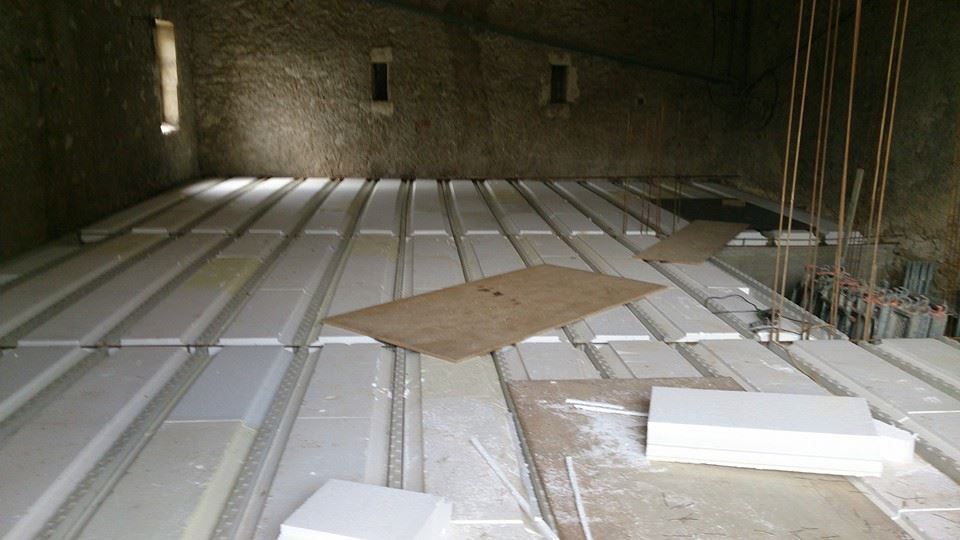 Jane - after today's visit by another cement lorry and more rain last night now look at the state of the garden! 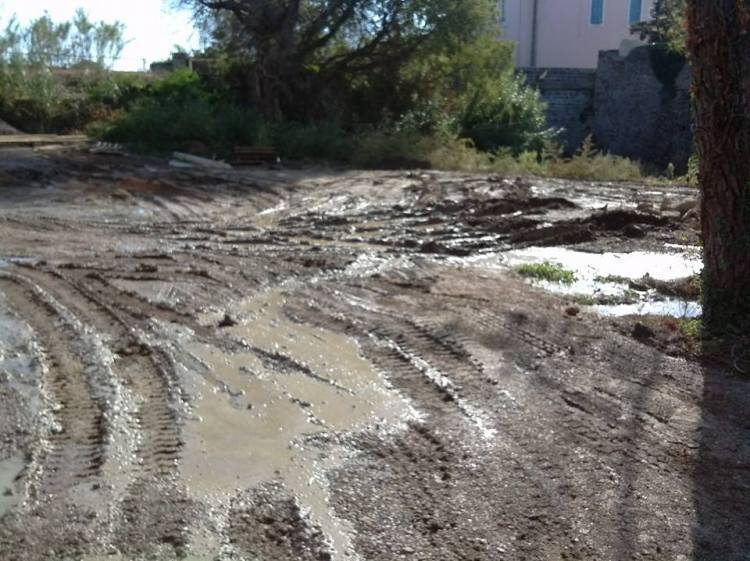 Jane, I got a pair of wellies for my birthday today, so I enjoyed jumping in the muddy puddles much to maisys amusement and the builders...mad english woman. I doubt they are familiar with peppa pig.

I know the feeling about the garden, our courtyard was devastated, but we had it gravelled afterwards.

We had some landscaping done on the garden in our last house in UK and it poured whilst they had the digger in. It looked like the Somme marshes.