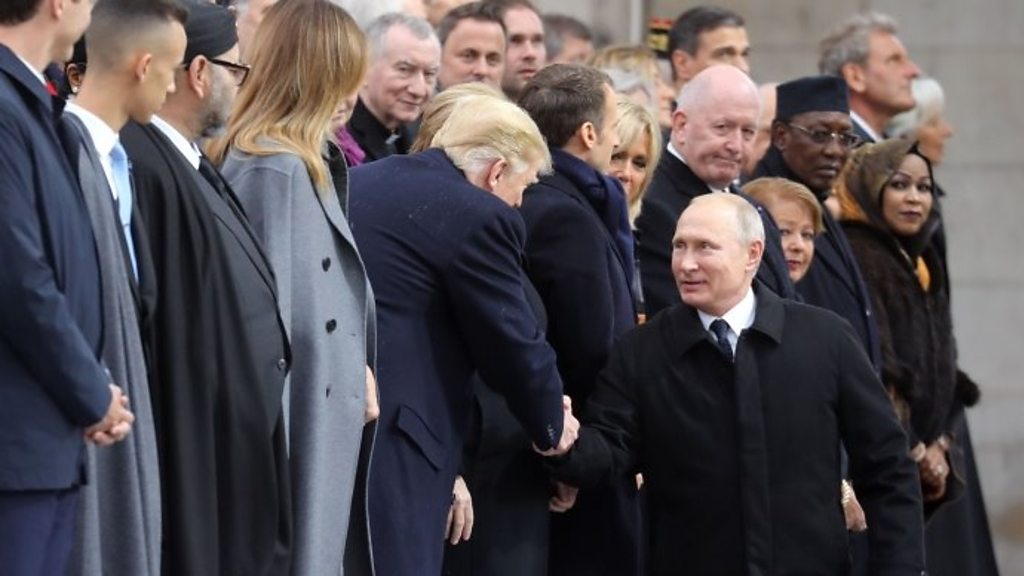 Events to mark the centenary of the end of World War One have been taking place around the world.

I watched the centenary WW1 event in Paris on telly and thought it was very refreshingly different, and intelligently angled. Macron is a modern statesman of impressive stature.

The young people in puffas and scarves were glamorous and a pertinent reminder of the young blood shed in an old mens’ grandiose and futile cause.

By contrast, the Cenotaph ceremony seemed to me stale, fusty, imperialist, militarist, jingoistic and less than memorable. Even Big Ben seemed to have the hump at being woken up from its anaesthetic stupor, and prodded into reluctant action, so that for two minutes the crowds could “remember them”, as if.

I seem to remember that it used to be a minutes silence, but everything has to be doctored with hormones to make it bigger, sexier and more amazing-er these days

My French partner 'phoned me today to say that it was 50 years ago today that his grandfather died, the year of 1968, and make love not war! He fought, as did many, in various battles and was injured during the battle of Verdun in the first world war. He survived and was presented with the Legion of Honour.
I wonder what he, and all those young men and women would make of our brave new world today !

The name of a young man from our village was read out as dying in Mali this year.
It never seems to stop.

His conference to direct leaders of all countries towards peace is to be commended.
Let us hope that it may have some effort and that Russia, at least will begin to understand that tge West is not a danger to its sovereignty.
I don’t hold put much hope for Trump to change his mind, anyone who can deny State aid to California and blame the fires on poor forestry is totally screwed.