More than 800,000 people march against Macron as strikes grip France 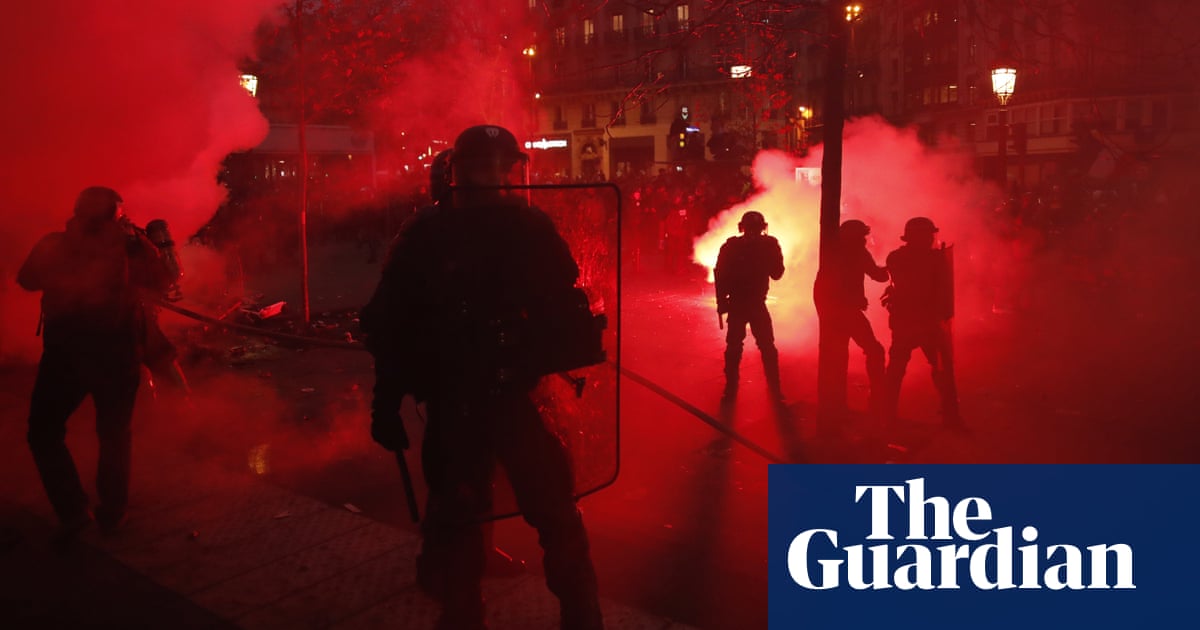 More than 800,000 people march against Macron as strikes grip France

I fully agree with macron on this, why should people be retiring at 50 and 55 on high pensions, after working on trains, or civil servants. EDF workers getting free electricity for life. SNCF workers getting free travel for life and their families. While the low paid and self employed get a pitance.
A fairer scheme is needed, the people protesting are either expected to get large pensions or it’s the fact that he’s wanting to raise the minimum age to 64 from 62 .
France has huge debts at 99.96% of gdp for 2020 behind Greece then Italy the country can’t support this and these reforms need to happen. They are already breaking EU laws on government spending. Macron gets criticised but he’s trying to make France great and trying to lead Europe I wish the UK Would do the same.

The protests are not just about pension reform, the public hate Macron and this is an excuse to give him a good kicking. Most people understand they will have to work longer but as always they want to make a fuss before accepting what has to happen.

While talking about Pension Reform… can anyone remember why the UK Govt thought it was a good idea to reduce the number of qualifying years for men from 44 to 39… around 2007 I think ???

can anyone remember why the UK Govt thought it was a good idea to reduce the number of qualifying years for men from 44 to 39… around 2007 I think ???

I don’t often defend HMG decisions but in this case, I think 44 years is too long - anyone who does more than three years’ study or training after school wouldn’t have been able to get in 44 years between starting work and reaching 65 even if they never had any gap between jobs.
Also, wasn’t unemployment quite high in 2007?

I fully agree with macron on this

You still an auto entrepreneur Barry? So you’d be happy to see the new system include an obligatory minimum monthly contribution for every auto entrepreneur whose microentreprise is their main activity? This was introduced recently as an option but now that it’s on the table and people have accepted it, it likely won’t stay optional for long. If you’re a member of the Fédération Nationale des Auto Entrepreneurs you will have received yesterday a link to the letter written by the FNAE president to Philippe Edouard about this and other issues that the FNAE is against.

It seemed then… and still does… that the govt got their figures wrong… and I believe the change left them with not enough money coming into the pot… and they seem to have been trying to catch-up ever since.

the govt got their figures wrong

Nothing new there then

and I believe the change left them with not enough money coming into the pot… and they seem to have been trying to catch-up ever since.

Purely in terms of pensions there has been a surplus every year since 1998 - as I explained in a previous post this is, by sleight-of-hand, transferred into general govt revenue.

I’m not sure UK pension issues and French pension issues really belong in the same thread TBH. As a self employed person , if I had the same turnover in the UK as I do in France (which I wouldn’t but just for the sake of argument), in the UK, unless I’m missing something my NICs would be £156 a year. In France my cotisations excluding income tax are between 4000€ and 5000€.

EDIT - I’ve confused myself now. Surely that can’t be right.

I admit it is wandering a bit - my fault- and yet, the various UK Pension Reforms have not always been met with joy … and it is like that in France nowadays. Money has to be found from somewhere and the French Pensioner is now being asked to contribute towards the “monies” being doled out (one way or another) to those who are not yet Retired…

Are you referring to the revenue from NI contributions?