Number of Americans Killed Annually by 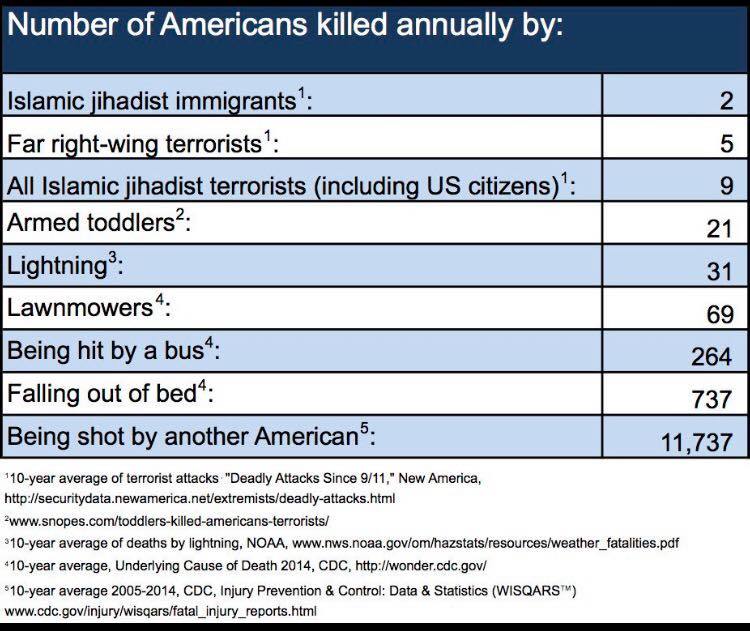 But it is in the American Constitution, the right to bear arms. You cannot help it if the founding fathers did not foresee assault rifles, or can you?

The right to bear arms is framed in the context of there being a well regulated militia. Seem to me that this could be satisfied by citizens joining a local militia and keeping their weapons in the local armoury.

In response I did suggest the logical extension of that argument was to compulsorily arm every person in America. To the extent that every person arriving in America should be issued with a 9mm hand gun.

They did back off and point out they only supported a selection of the population toting guns. The discussion ended as they realised they were therefore actually advocating gun control.

Of course, that discussion took place when people were still allowed into America.

My suggestion is: update/remove/rewrite the amendment!