My partner owns a car but she doesn’t drive it. But we are both insured to drive it. If I commit a speeding breach, the owner of the car gets the letter but I should get the points. Is that correct? So is there any part on a penalty notice which means she can avoid the points? She’s getting in a right tizzle due to the fact that I have had a speeding fine in the past but I can’t remember the notice content but she is convinced I will get another one driving her car and she’ll get the points!

It’s a choice. When you get a fine you are asked who was driving the car. So she can give your details, and you will get the points.

I have taken points for my OH, as they roll-off after a few years so only a temporary thing.

And if you are a model driver apparently you can “sell” space to others who a desperate for someone to take their points.

but just don’t tell anyone you’ve done it…

I have taken points for my OH, as they roll-off after a few years so only a temporary thing.

And if you are a model driver apparently you can “sell” space to others who a desperate for someone to take their points.

Is this legal?
My old MT used to buy back…not sure from where?

but just don’t tell anyone you’ve done it…

Especially not on a public forum where you have to provide your real name.

I said “apparently”…only points I’ve taken were when OH was probably driving, but points came to me as it’s my car and I didn’t say no.

I have taken points for my OH

Oh, be careful Jane, you could go to prison. I know it seems trivial but it’s perverting the course of justice 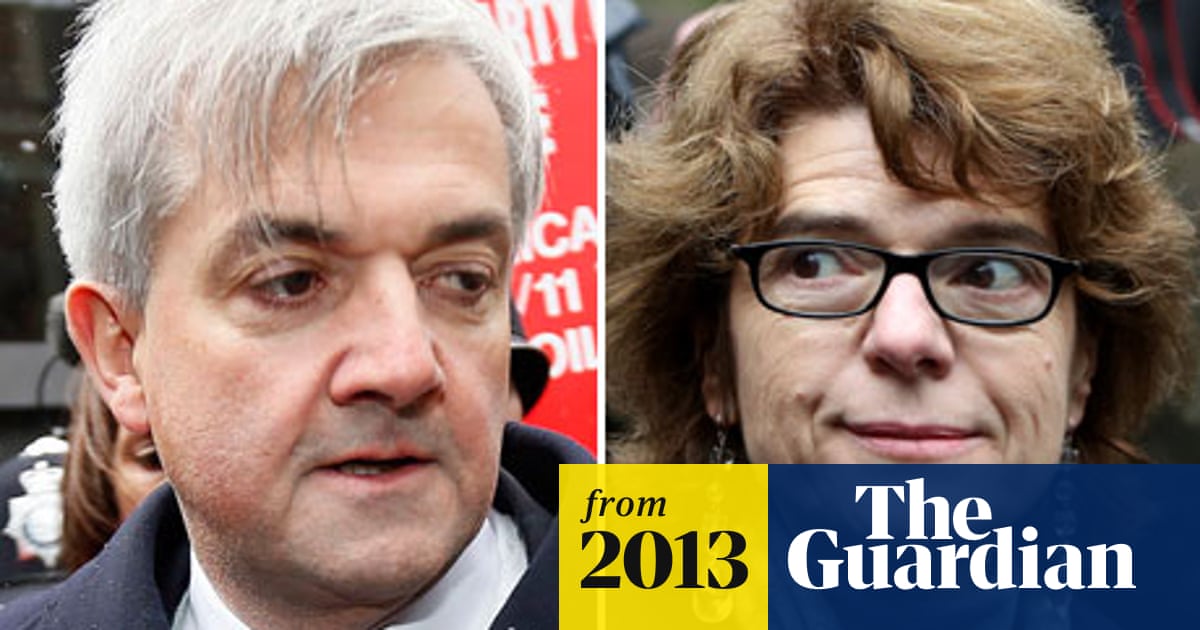 Chris Huhne and Vicky Pryce each jailed for eight months

but is that the same for France John?

'Cos it puts you in jail in the UK (and probably here) as MP Chris Huhne and Vicky Pryce found out a few years ago.

Very different, as he was a serial speeder facing a driving ban (and I don’t think she was even in the car) and lied. We didn’t lie, just didn’t correct the mistake and paid the fine… Actually I never got the ponts in the end anyway as they took too long to exchange my licence!!

It’s pretty much the same thing as far as the law is concerned.

but is that the same for France

Personally I wouldn’t risk it. I thought it a fairly innocent thing to do, maybe a slap on the wrist and a fine. I was shocked when they went to prison.

I was shocked when they went to prison.

Perverting the course of Justice is a very serous offence - much more so than the sometimes piddling little infraction that lies behind it. Hell hath no fury like a Justice scorned!

Exactly, I guess the original offence is sort of irrelevant, it the perversion (so to speak) that’s the issue.

When you get the notice of the offence there is a section to refute it on various grounds one of which is that you were not the driver at the time.

I lent my small trailer to my neighbour and warned him to make a plaque with his car’s number for it. When he returned he said that he had been flashed and that he hadn’t got around to the plaque.

When the fine came to me I simply took it round next door, he filled in the appropriate form and I heard nothing more about it, except to say that he paid the fine and took the points.

One thing worried me though. I had neglected to change the plaque after the car that had originally pulled it was scrapped. I have all the relevant documents to prove the scrapage, so how the hell did they trace it back to me? Has somebody put our old Saxo back on the road with no notification?

If you still have la remorque in your name, they will go back to the last known registration that was associated with it.

If you still have la remorque in your name, they will go back to the last known registration that was associated with it.

It is only a light trailer, no reg, no insurance, no carte grise, so never in my name or anyone else’s. Because I hadn’t used it for a time it still sported the reg of the last vehicle that had pulled it, a vehicle that had officially been scrapped and I had the documents to prove it. So when my neighbour got flashed that should have led them to a scrap yard, not me.

Haha @David_Spardo I think what @DeTolkTW’s saying is this is how remorseless they are to levy a fine!

The scrapyard is surely obliged to keep records and regardless of being scrapped, last known keeper for the plate will still be on file.

A lesson to us all …

@David_Spardo Also, technically, because that vehicle has been scrapped, the old plates should have been removed and the ones for your current vehicle added, or the person you lent it to, should have put theirs on temporarily. I would get it changed as a precaution just in case anyone else gets flashed.