Phone use illegal in cars even when car is stopped

Just seen this and thought it would be useful to share.

Phone use illegal in cars even when vehicle is stopped

The Court of Appeal has ruled that it is illegal to speak on or use your smartphone in your hand while in your car, even if you are stopped, pulled over, and with your hazard lights on.

stopped, pulled over, and with your hazard lights on

Well if a person has put their hazard lights on, kinda suggests they themselves admit they’re creating a hazard by sitting there on the phone…

Well yes!! If you have stopped in an unsafe place to speak on the phone then you’re putting yourself and others in danger.

I know it was a while ago… but couldn’t you be “nicked” if you were drunk and sleeping in your car… ???.. with the keys in your pocket…

In the UK (at least) it’s technically illegal to pay for a Mc Donald’s in a drive through with Apple Pay as you will be using a mobile phone whilst in control of a motor vehicle.

Not sure about that, as you are not on the public highway if you are in a McDo’s drive-through.

technically the drive through is private land that is owned by them so not much they could do. my mum was stopped by cops on a private road for using her phone when she pointed out the police were trespassing. she was only on the phone as the unmarked car followed her down the private road and she panicked and rang my dad. they were at the time running her details hence why they took the turning and missed the sign that says private road no trespassing. lol

I first saw it in a list of potentially difficult Highway Code questions. I had no reason to doubt it. I also believe that the road traffic regulations can be extended onto private land for example to prevent unlicensed drivers driving in supermarket car parks which also explains how the driver who drove his Vauxhall Fronteria up Snowden was charged with dangerous driving.
At the very least it could be taken as a light hearted comment which certainly doesn’t deserve the negative press it has attracted. Honestly, get real!

I’m not seeing anything negative Dominic… folk are just commenting…

So I’ve noticed all day but I explained that in the pm I sent to you.

The above us from www.legipermis.com. The proposed legislation will try to clarify when you can’t use a telephone but many grey areas still exist. Can you phone if you are stopped in a roadside parking area? Are you allowed to phone if you have broken down? The law says specifically ‘tenu en main’, so can you use your phone if you are not holding it?

The first line reads (if my french is correct) “use of a phone whilst driving…” which, if you are stopped, you are not. It seems that the Connexion’s version may be a little off. What if you are in the passenger seat? The UK wording for impaired driving is a little clearer, referring to those “in charge of a motor vehicle”.

No Mark, it says if you are “at the wheel”. So the obvious solution is to get one of those clip on/clip off competition wheels and just pull over, clip it off and pop it under the dash. It also says sending an SMS on a motorbike is illegal, who would have thought it?

"The phone, while driving, is prohibited according to article R412-6-1 of the Highway Code. The use of the hand-held mobile phone in a car or 2-wheel, whether it is a call to the ear or sending an SMS, is an offense punishable by a PV with a fine 135 € and a withdrawal of 3 points on the permit. Since July 1, 2015, earpieces, headphones and headsets are also prohibited."
So surely if you have pulled over into a layby or have stopped on the side of the road without obstructing traffic there is no issue – interesting that it specifies earpieces and headsets etc too. It interprets the same as the UK law, i.e. if you are waiting in a line of traffic (e.g. traffic lights) then the law also applies.

The French highway code text says “l’usage d’un téléphone tenu en main par le conducteur d’un véhicule en circulation est interdit”. “En circulation” is not exactly the same as “while driving”. Unless the car is off the road, in a proper parking space or on private land, it’s “en circulation”. So I guess a layby would be fine but stopping at the side of the road in a place not designed for parking in, is not, especially if you need to put your hazards on. You’re still “on the road”. 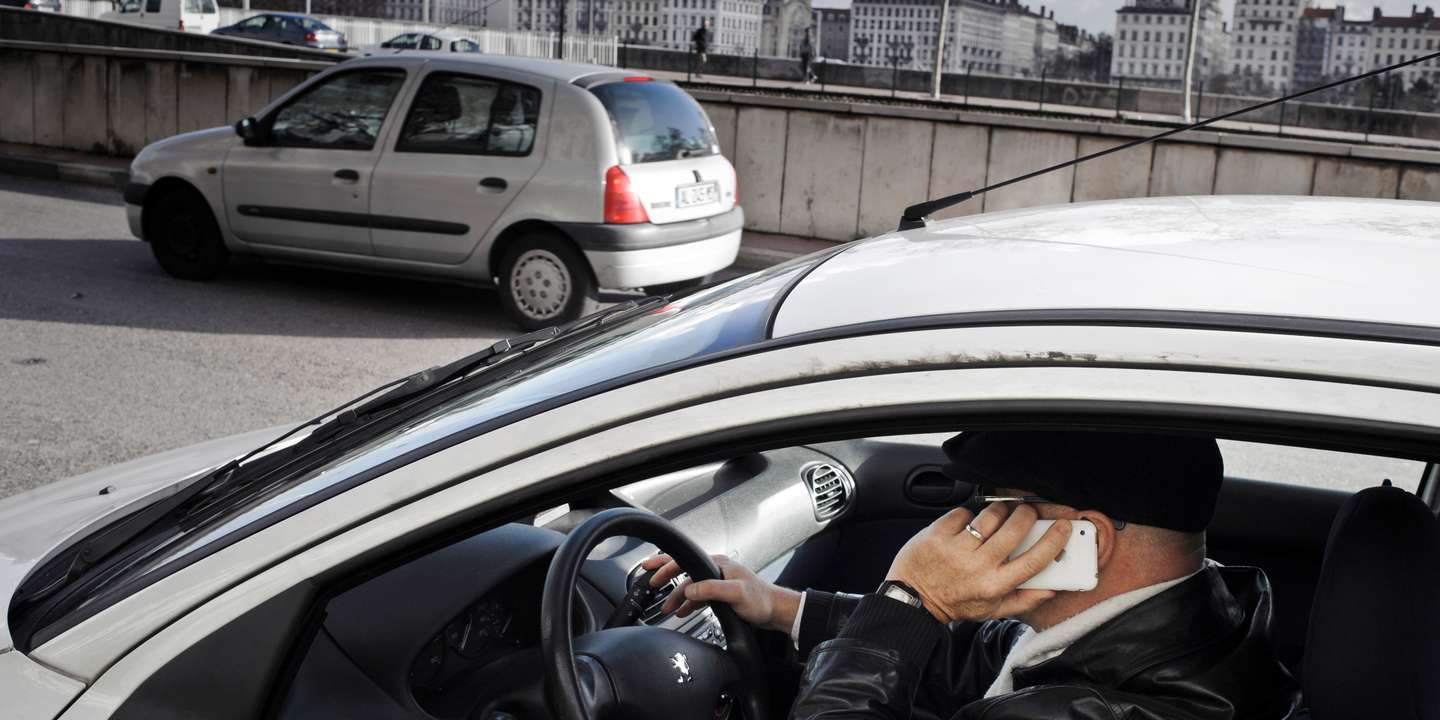 In this case… where the driver had actually stopped was still part of the highway… which is why he used his flashers… makes sense really, to find a proper layby or parking.

Of course, if the car is broken down… then all bets are off… and you can use your phone . 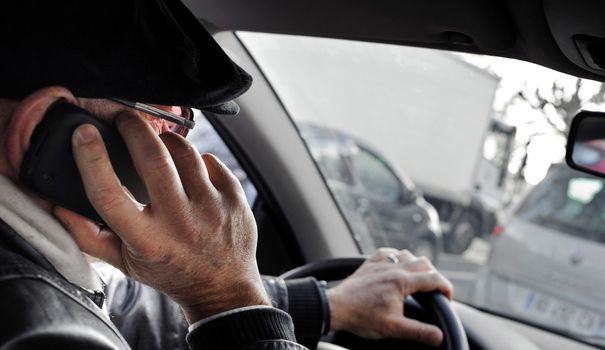 That’s what I meant - in a parking space or properly stopped on the kerb…anywhere requiring hazard lights means you are stil “en circulation”.

Presently we live in Muscat, Oman where the traffic laws are only just being tightened up (i.e. car seats now mandatory for children under 5) so there is still a lot of laxity re using mobile phones and in rush hour everyone seems to be on a phone. Always amazed me there are not more accidents!!

in a parking space or properly stopped on the kerb

Not sure about “on the kerb”, I think the point is, it does have to be a proper parking space. There are proper parking spaces, there are places where stopping would obstruct traffic, but there are also places, such as on the kerb, where people do often stop that don’t obstruct the traffic but aren’t proper parking spaces. I think it’s the last category that’s been a grey area up to present, and it’s now been clarified that you can’t simply nip up a convenient kerb or onto the verge or hardshoulder to get out of the traffic flow and take a phone call. You have to find a designated parking space or a car park or I suppose a layby designed for stopping in, although I haven’t seen laybys specifically mentioned in the reports.

Quite right Anna… the Law is tightening up… and is now quite clear… authorised parking areas only… no pavements/kerbs/verges etc.