Recommend me a "Diesel Bug" Treatment?

When we moved here in 2017 I had some Expresslube UK diesel bug killer, a leftover from our sailing days.
I used it until it ran out, then forgot to buy more

Changing the fuel filter a few days ago, I noticed a ball of “spooge” left in the filter holder. With the prevalence of partial bio-diesel at the pumps, I want to take this as a wake-up call to make regular treatments.
If you are using a specific biocide to treat your diesel, what have you found to be effective and readily available? 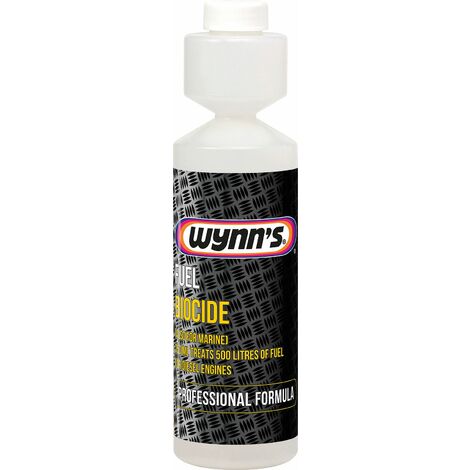 @Flocreen , of that type, yes, thank you. The technical fiche, however, advises against regular use, though. The Wynns product appears to be aimed at resolving an infection problem but not to be used to avoid it recurring.
For the car, I generally used something throughout the winter and spring. Any sailors out there, a marine envine is at greatest risk, and those in a sailing vessel usually retain fuel in the tank for longer.
Once you get to trust in and rely on a product it is hard to switch.

Any sailors out there, a marine envine is at greatest risk

It’s over 20 years ago that I messed about in boats. I’m struggling to recall what we did.

1] Tell owners if they were going to come ashore for the winter, run the tank down to virtually empty. Then my engineer would take the fuel line off, drain the rest out and stick it in the crane.

There was that awful moment one recommissioning season when I was happily ‘filling’ a tank when my engineer came by, “Err, Chris. I haven’t reconnected the fuel line from the tank …”

Mind you, we launched two boats in sucessive years when he forgotten to put the impeller back in the sea-water pump. One was a trad deep bilge hull. It was clearly ‘a bit low’ when we spotted it - no harm done when pumped out.

The following year was different. Only just purchased, £60 grand, a saucer shape hull with a lolly stick for a keel. The Tamar, which is a sort of dilute Brown Windsor Soup for another 8 miles up from the yard, was everywhere.

2] Anyone silly enough to stay out on the river over the winter - those big westerly gales followed one after the other and the Tamar Valley made a splendid U-shaped wind tunnel - did their own thing.

3] As for cars, I’m with Martin Lewis on this one. If not going miles out of reach of filling stations, why cart loads of fuel about? You’re paying for every kg your car is carrying. There’s at least 20kgs too much of me, let alone other stuff. Little and often, fresh out of the tanker. Then it’s not sitting about breeding lurgies.

Our Massey suffers the same problem , it has a small inline filter on the tank outlet that clogs up and is a bitch to access , if you live near the coast you will find it at a chandlers , cant remember the brand we bought for now will look it out tomorrow, think from memory it was American , will look for the bottle , which is small but treats so many thousand litres 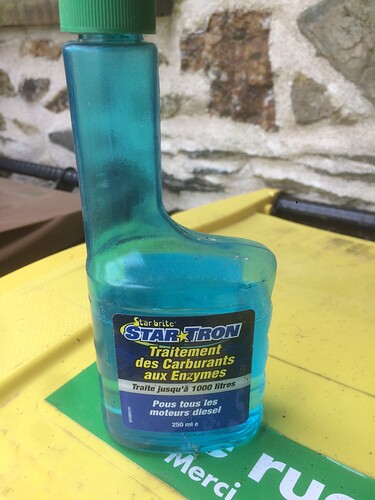 It’s over 20 years ago that I messed about in boats.

Looks like I’ll be swinging my hammock again. Who wouldn’t in this?

A Danish friend has just bought this. It is a design by one of the world’s greatest marine design houses, Sparkman & Stevens. It is therefore a wonderful sailer - tho’ excellent cruisers, S & S boats have also been very successful racers down the years, including The America’s Cup. And, to those who have an eye for the line of a boat, a real beauty. S & S are responsible for the Swan range of yachts. Say no more.

It - 36’ - was built in 1966 in 100% mahogany, with paid decks, by one of the leading boatyards in Denmark for the family of the proprietor: they have owned it until sold to my friend. It’s like having a Jaguar MkII built for Sir William Lyons and his family or a little black dress actually run up by Coco Chanel. 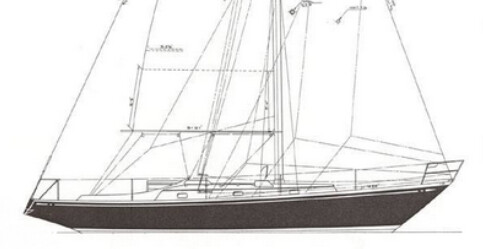 Classic S & S. If it looks right - and does this ever look right - it is right.

My pal has made a friend of a fellow engineer in his line of biz - design and construction of wind turbine foundations. This chap comes from a Greek island. So Jorgen is hot to spend time in the Greek islands, with cruising northern waters in the summer. Heaven! Guess who is first in the queue at the gangplank for crew?

I must save up for a new set of oilies.

I found out why these treatments are hard to source…
In something like 2013 biocides were prohibited in fuel additives. Most of them work by the use of a biocide.
In the end I went with Silube, if anyone is interested. It contains an enzyme to deal with the “bug”.

A Danish friend has just bought this

What’s a Dane’s word worth? My pal phoned the seller to ask about a bill of sale, to be told the boat had been sold to someone else considered to be more appropriate to own this boat’

Something rotten in the State of Denmark.

What’s a Dane’s word worth? My pal phoned the seller to ask about a bill of sale, to be told the boat had been sold to someone else considered to be more appropriate to own this boat’

Something rotten in the State of Denmark.

Arrogance is abundant everywhere, not just England and Denmark .
It is unfair to condemn an entire people based on one issue experienced by one friend, no?

Of course. I was just being facetious, being pissed off for him.

I like the Danes a lot. I like to think that the Danes and the Dutch are like the English would be if we were better behaved.