We have vipers and grass snakes… and lots of wrigglers in between.

I give all of them a wide berth, but love knowing they are around. They’re part of Nature’s grand-plan.

I have seen that snake lots of times. It’s certainly either an adder or an asp. It was always on a pile of wood in the sun around 10am. I took that shot with my phone, so I was within a foot of so …

They’re generally not aggressive (unless you step on them )

Asps are a “rapid trip to Urgences” problem if bitten though…

Rule around here is… if planning to move log pile, bricks etc… make a lot of noise and fuss… to encourage snakes to trundle out/off and away.

If planning to walk/work in undergrowth or long grass… stamp around, quite heavily… the vibrations will (hopefully) get the slitherers moving elsewhere.

The shape and size of the head scales is also a good way of distinguishing between Viperidae and Colubridae, the latter having large, separate platelets, whereas the Viperidae have stippled heads, as in your picture.

As Stella has mentioned, the eyes are also different.

That’s extremely interesting, thank you! I’ve just looked at some grass snake pics on line and see what you mean - stippled at the back but big scales at the front. I shall try to remember…

I think this is a lézard ocellé, seen lazing about in the walnut tree. 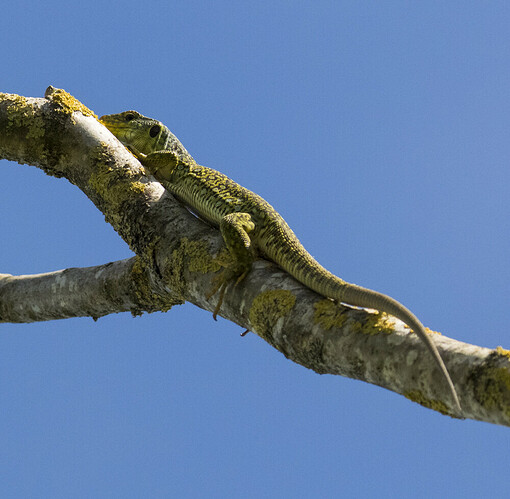 He used to live under a stone in the garden. We have lots of small lizards but this one is majestic! 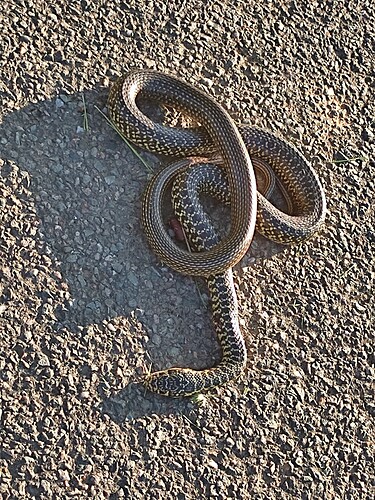 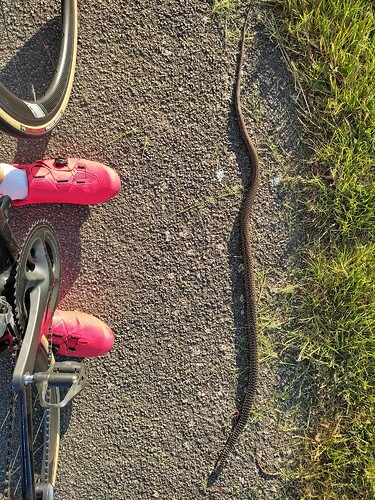 While walking near the swimming pond yesterday afternoon I saw a small toad in one corner with his head just out of the water.

Shortly afterwards returning for my usual evening swim I saw that he had gone but then that he was in fact swimming towards the other corner to take up a similar residence. Before joining him I watched him for a while, he still didn’t seem bothered by my presence, even as I swam several lengths not far away from him, but then he gradually started to crawl out of the pond to settle in the fold of the liner. Unfortunately that is exactly where I normally plant my left foot when descending in, and climbing out, on the rope ladder so I reminded myself to be very careful when I left.

Having dried off I went to fetch my camera and, luckily he was still there. This morning as I went out with Jules also but he had turned around to face the rising sun. Still there during my morning swim but he did transfer to his original, eastern, corner before I left.

I am so pleased to see continuing evidence of wildlife there, I have seen tadpoles and newts from time to time, but they are certainly not normally in evidence when I swim with them.

I only took the small GoPro with me with no zoom or macro, so the distance you see is just how close I was able to get. 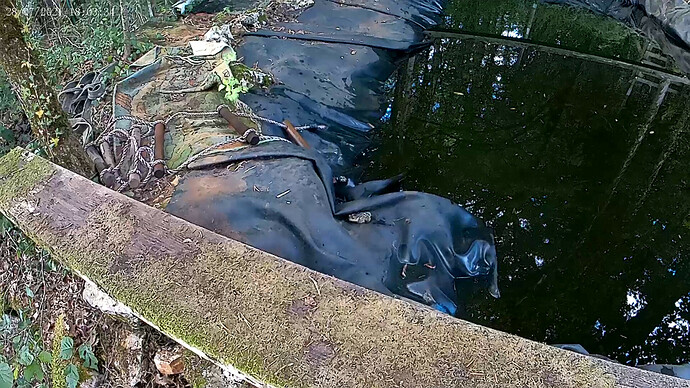 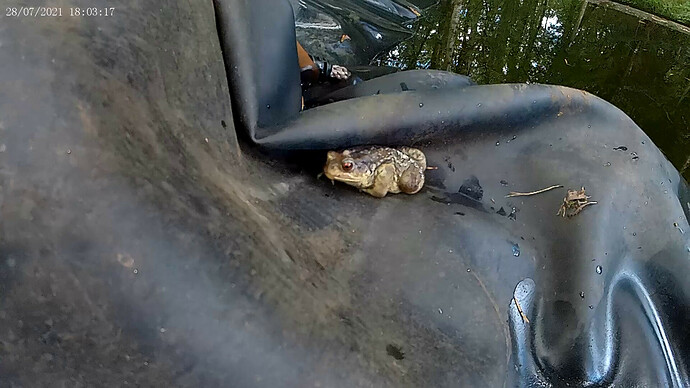 I have to be careful in our veg patch in case our resident toads are under the landscaping fabric on the paths. They do seem to like it and Iwould ahte to tread on one

Our latest inhabitant to take up residence, la grenouille agile (best guess so far : Rana dalmatina, a dark variant or maybe hybrid ), as I discovered to my surprise when it did it, can jump nearly all the way across the pond to dive for cover in the bottom when scared by a clodhopper like myself. Despite the knobbly back, it does appear to be a frog, with legs significantly longer than its body. It is almost completely invisible at the bottom of the pond, even when the water is crystal clear. When the sun shines on it out of the water, it appears to an almost dark olive green. 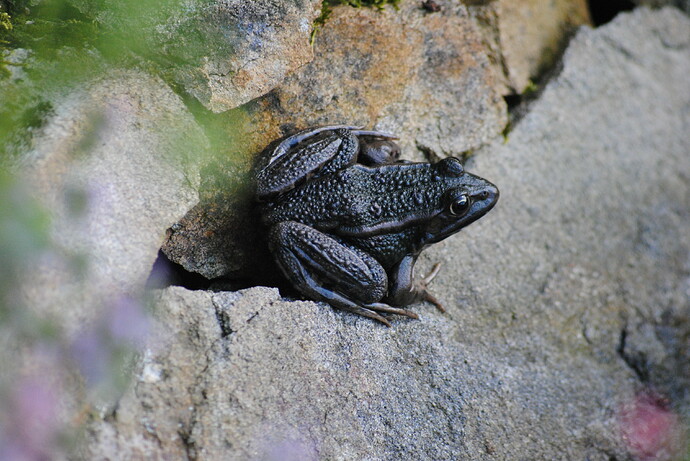 He/she is beautiful @RicePudding . Do keep posting pictures - my camera is non-functional at the mo and anyway all my amphibians are hiding

Here’s another one of the same hopper, from the front, and with a sprinkling of added camouflage on its back that it managed to pick up from somewhere, no doubt climbing out of the pond ! 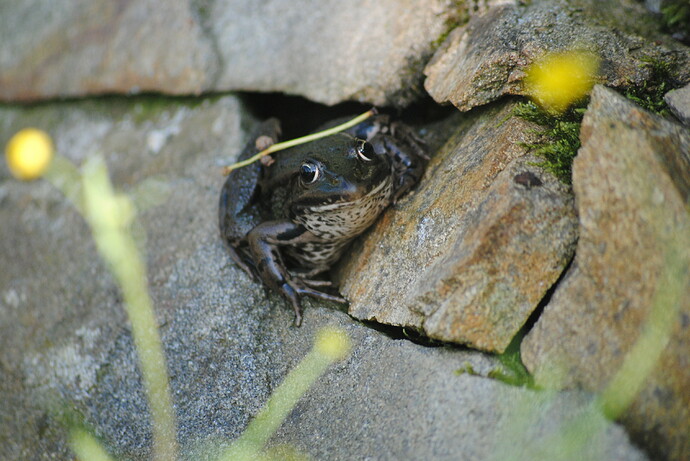