The company has appointed administrators less than five years after its motorbikes featured in the James Bond film Spectre.

But sad all the same.

Yep seems the marque is doomed again. Yet NVT thrives.

Every time Triumph was in trouble, thousands of enthusiasts decided that they must own one of their last models, with the result that they are still with us today.
Does the Norton brand have the same appeal?

They don’t have the same fans

Norton was considered by many a superior marque to Triumph in the day Mike. A pal of mine had a Norton Dominator with clip on handlebars. It was a beast of a thing. 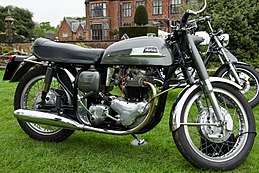 The Dominator is a twin cylinder motorcycle developed by Norton to compete against the Triumph Speed Twin. The original Dominator was designed in 1947 and 1948 by Bert Hopwood, who had been on the Speed Twin design team at Triumph. Available for sale from mid 1949, this design set the pattern for Norton twins for the next 30 years. The first Dominator, the Model 7, had a 497 cc parallel twin engine with iron cylinders and cylinder head and a Lucas K2F magneto. The crankshaft was of 360-degree...

The Norton has a different following and albeit more expensive than Trumpers and they don’t cater for the bread and butter ride me to work kind of biker. My commando is now 46 years old and still runs. She will be having a rebuild back to her old glory or better this year. Ah the joys.

Taken for a ride: how Norton Motorcycles collapsed amid acrimony and scandal

44000 for a Caferacer someone was living in dream world. What sawed triumph was there off-road bikes that’s is biggest selling type of bikes now from any company bmw can’t even make them fast enough 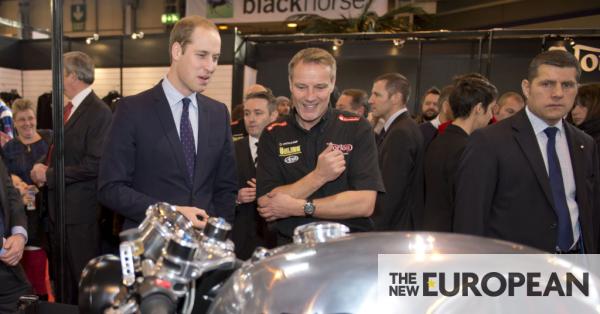 Motorbike firm which said UK would thrive outside of EU goes into...

A firm which once claimed that UK was better prepared for Brexit than the 'media has us believe' has gone into administration in the same week the UK left the European Union.