Interesting reading. Like most women I have suffered (when younger and in the UK) street harassment. It’s not funny and can be scarey too.
I believe that respect for others (both sexes) should begin in the home but alas can’t see that happening in my lifetime.
It’s also a problem in France (and elsewhere) and a fine has recently been imposed.
Living in rural France I don’t get to see this sort of aggresion. I wonder what your experiences have been and what you think can be done about it ? 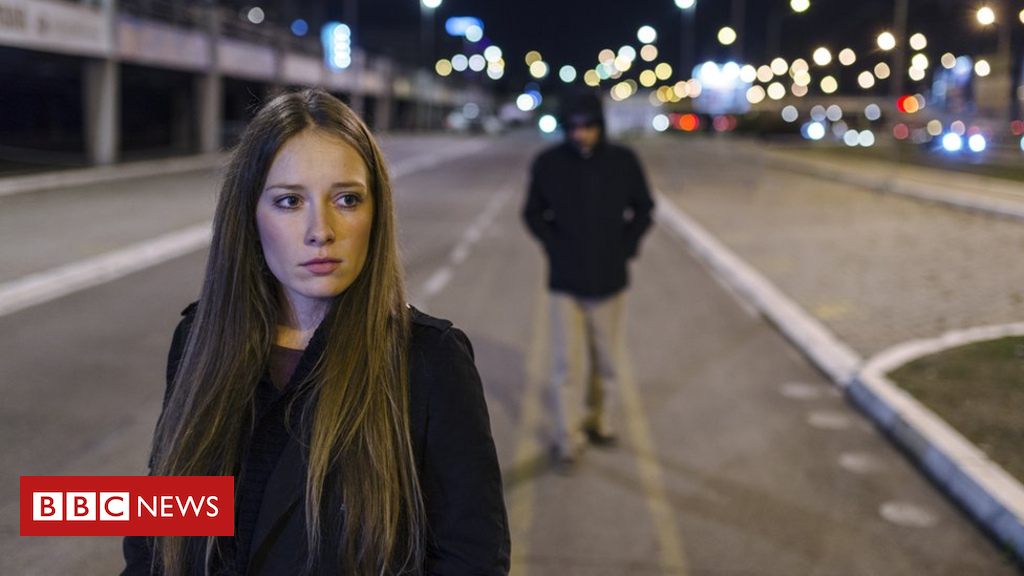 Being harassed has become 'normal' - and it's time for the government to act, a group of MPs say.

It depends what you call harassment. When I was young a wolf whistle meant you looked good.
I lost a job because the Chairman’s wife did not like the way her husband looked at me when I was his secretary.
As it was she who had hired me and knew exactly what he was like what else did she expect.
The next Chairman’s secretary was an older lady who had been secretary to one of the directors of Ferranti.
She lasted three days and told them exactly what she thought of the poisonous atmosphere in the company.

Nowadays, the comments I sometimes hear shouted at young girls… well, it’s not quite the same innocent stuff…

I think it is a shame if/that the innocent banter has to stop… but better by far that folk feel safe and not threatened/harassed.

Not funny, always hated it, what on earth makes some stranger entitled to comment on someone’s appearance? Awful attitude to women as cattle or other consumer goods.
And as for being told to have or not have a particular look on one’s face, as I am told happens, well time to get the flamethrower out.

It is precisely because the perpetrators think they are harmless/funny/acceptable that it is so very irritating.

@james why will this topic automatically close in a month?

On my way to school I had to pass a construction site, the comments that were called out were horrible. I was a teenager and very shy and would dread every day and sometimes pretend that I wasn’t well so that I wouldn’t have to go to school.
Now that I am older and wiser I would know what to do but believe me it was a horrible experience

We are from different age groups…

In my youth, we knew those folk around us… and if a local lad whistled at me… as I say, I would blush…but there were no lewd comments/gestures etc etc…(such as one see and hears nowadays)…or my Dad would have sorted the lad out

I didn’t have neighbours in GB, ever, when I was growing up because when I wasn’t away at school (so from 4) I was in the sticks or in France. And sometimes in London but there were no yoof or building sites where I lived. So the people making remarks etc were strangers to me and more significantly, to my family - had one known them they might not have felt such impunity.

I too can never understand why some men feel they have a right to comment loudly and in public on the way a woman or girl is dressed, her figure or looks.
I wonder how they would feel if the situation was reversed and they had to pass a group of girls who then proceeded to comment and make public and disparaging remarks about their looks, size of their manhood, clothes etc; ?

It is now totally out of control. Nothing like the wolf whistles of my day! It was unacceptable then but at least you could tell people to F*** off (which I frequently did) without risking getting punched in the face.

We are now at at stage where my 20 year old daughter won’t go running alone in Pau or wear short shorts in the summer due to the unwanted attention.

In August we went to a vide grenier together (round here so in a small rural village) and whilst walking along the road from where we’d parked and both wearing short shorts, about three car fulls of young males thought it was ok to stop and yell at us.

The sooner this is made a criminal offence the better IMO.

Its simply not acceptable - as Ann’s story shows it can really affect young (and not so young) women - why the hell should any girl or woman be so traumatised that they will feign illness to avoid walking a particular route for fear of harassment.

I suspect that the young men who engage in this behaviour, are more showing off to their mates than anything else - it happens far less with a single bloke (but still unacceptable when it does occur).

Unfortunately some men persist in thinking with their balls rather than their brains.

I might also venture to add that, for the sort of young man who engages in this behaviour, their brains might not actually be any better suited to thinking than their balls.

I hit the wrong button, it won’t close automatically now

During my teens… it didn’t happen often… and was in fun… (ok many of you may disagree, but it was probably before most of you were born…).

Even into my 20’s… banter between the sexes… was fun… or you stopped it with a slap or a well-chosen remark.

Nowadays… I chuckle with my neighbour (97) who remarks to me, from time to time …(with a smile)… that if only he were 20 years younger… well, phew… things might be different… He and I both know that this is banter and not intended to threaten or harass…

Other than that, he is always strictly correct in his behaviour… he was raised with old-school ethics/guidelines !!

I’ve just been reading the update in the News… ghastly…

If we can change the thinking of the children… perhaps they will grow up into non-aggressive adults… but not sure how to go about it now though…so many children do not seem to respect anyone, teachers/parents etc etc…

In the case of Adults harassing young girls etc … a short, sharp shock… I’m sure we can think of something…