Take extra care of your speed!

It’s so easy to ‘drift’ above the speed limit, especially in a modern quieter car, and when the traffic is flowing well.
So take care you are not ‘clocked’ by one of these … 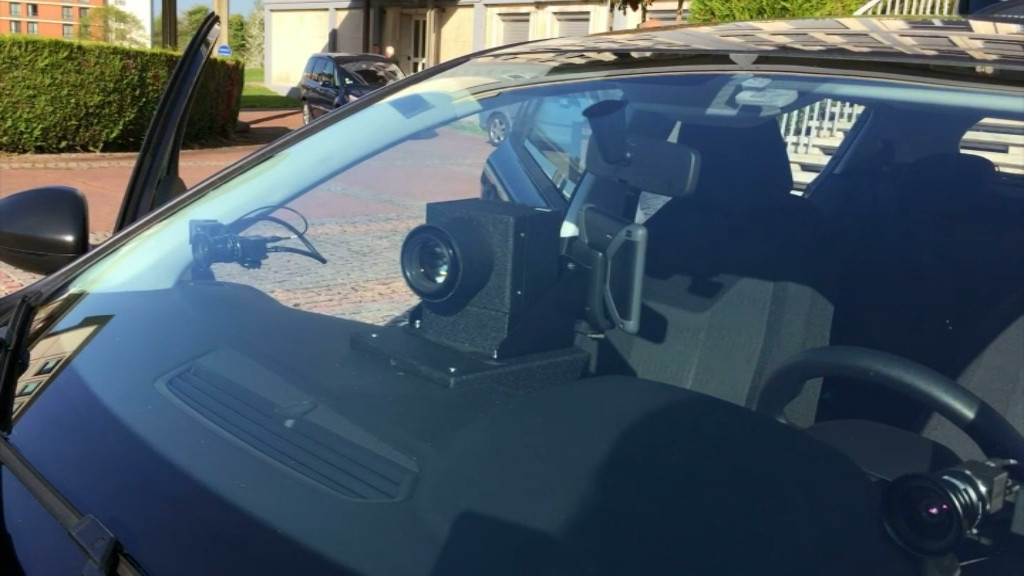 If you use a tom tom it will warn you if ypu are exceeding the speed limit.
However, how it will comply with the new speed limit in July is yet to be seen.

If you use a tom tom it will warn you if ypu are exceeding the speed limit.

However, how it will comply with the new speed limit in July is yet to be seen.

I am just guessing here but the same way Tomtom, Garmin etc have dealt with changes to road speeds over the last 13 years. Via a data update.

I would imagine that the updates are all ready to go.

We have just bought a new one and are finding that is not up to date.

This is true of Google as well.

We have sat nav in the car - but more often than not use Google (the car nav needs updating), even on familiar routes in case we get diverted or just to get an ETA.

Google is set to English synthesis and really mangles some French place names. One which amused us for ages is av Roger Dodin in Rennes - which Google insisted on pronouncing “Roger Dodder”. It seems to have got closer to the correct pronunciation now.

The other odd thing we’ve noticed Google do when roaming is randomly switch between an American and British accent (and some terms eg slip road vs on/off ramp).

Have you got it set to English or French for the language option. I always have mine set to French because of the terrible pronunciation of foreign place names in English.

I am not sure, but as we bought it for me to drive to Munich I think I will make sure it is in English for the time being.

Mine spoke French all the time I lived in Germany. It always used to amuse people who travelled in the car. Mind you mine has been on mute for years now, when I use it for directions I tend to follow the visual prompts.

I do find being able to concentrate on wotts goin’ on around me, rather than watchin’ the screen a trifle safer Dave

It’s in my line of sight Bill. It’s like any other part of driving you register it as and when necessary. In fact many times I believe it adds to my safety as when I approach a junction I already know which exit I require and enter the danger area well prepared.
The best navigation system I’ve ever used in towns was a German Navigon system. I used it through Bluetooth and it gave perfectly timed information.

We will agree to disagree Dave, if it’s “In your line of sight” surely there are things obscured by it.

You obviously don’t understand Bill, let’s leave it at that.

Think I do, not complicated, but okey dokey

I don’t watch a little screen, I read information on it, just as I do from the speedometer, rev counter, fuel gauge, water temperature gauge, oil pressure gauge and other displays. It’s part of the driving process helping not hindering me.

I needed to keep an eye on my speed… so, drop head… gaze at speedo and register what it says…

Nowadays it’s a flick of the eyeballs… but in those far-off days, it seemed to take more like 15 minutes (OK slight exaggeration) but it was alarming to realize just how far I travelled while my eyes and brain were glued to the speedo… My driving instructor aged considerably… although he did have dual-controls in the car…

I had to ride 220km on my motorcycle a couple of weeks ago on a dark, wet night. For the first part of the journey along a dual carriageway with a110kmh speed limit I was aware of how much of my concentration I was using to keep an eye on the speed when the whole of my concentration would have been better focussed on the road ahead.