The Danish Girl "a mistake"?

As I said Mark, I agree that presenting different versions, some experimental and some more conventional, is not a bad thing - but nor is it political.

I have no problem with Eddie Redmayne playing the Danish Girl - but by the same token nor have I any problem with a black Anne Boleyn.

The real problems lie elsewhere, I think - in (a) the simplistic view that actors must have physical characteristics that match their roles - and (b) the recent ‘hollywood’ emphasis on that kind of superficial, or you might say skin-deep verisimilitude, at the expense of the deeper realism that really makes good art, or good entertainment.

I believe part of the issue is that northern Europeans live in a world that is more “black” or “white”. As I’ve said elsewhere, I lived for a time in the 70s in Brazil, where there was a continuous spectrum of colour (that included a healthy mix of Negro, Japanese, Amerindian, European). In such an environment (on the whole) no one notices “colour” - it’s pretty meaningless - so it is easier to select actors / singers based solely on their talent.
Ursula Le Guin wrote a wonderful SF novel - The Left Hand of Darkness - where the population of the planet were ambi-sexual and for much of the time no sex/gender.
I look forward to a world where this whole debate about colour and gender/ sex just ceases and becomes a non-issue. It can’t come too soon!

Just because Shakespear banged out a few plays using medieval english does not make them the benchmark of good entertainment by which all others must be judged.

Whilst I get the sentiment, you would be truly amazed at how many other films, stories etc are based around the Bard and his teams’ work.

I know, women were not allowed in Shakespeare’s day. That doesnt bother me at all, my first Shakespeare experience was with Michelle Terry playing Hamlet, she gave a powerful performance and I enjoyed that. Also seen deaf mutes playing roles with signing and audio provided by another.

There are more subtle but nevertheless notable differences between French and Anglo-Saxon cultures in this respect Sue. One of the reasons I’m more comfortable in France is that it’s that little bit closer to the ‘melting pot’ anti-racism of my youth, rather than the ‘multiculturalism’ of the UK now.

Similarly, I’m bemused by the apparently passionate attachment of anglo-saxon ‘gender-critical-feminists’ to women-only toilets, etc, when nearly every time I go to a restaurant here in Brittany the toilets are unisex, and nobody here seems to worry about it at all.

in France … it’s that little bit closer to the ‘melting pot’ anti-racism of my youth, rather than the ‘multiculturalism’ of the UK now.

That’s an interesting point of view. I think I agree with you (there’s a first!) but does that mean we’re more comfortable opposing something?

As for unisex toilets - never have got used to them!

Much as I love Idris Elba, Bond does need to be a white male.

Why do you say that Anne?

Any well spoken actor in their 30’s/40’s could play Bond, Elba is now way too old.

Much as I love Idris Elba, Bond does need to be a white male.

He just needs to be Commander RN etc, surely?

And a post widowerhood misogynist and drinker but hey.

Off topic, but also on topic. Seems like Brian May has joined the old duffers ‘in my day we had none of this funny diversity stuff’ club… 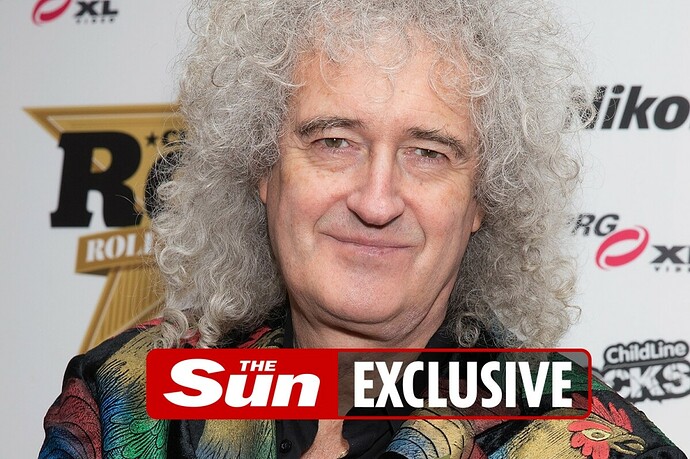 If Queen started now, we’d have to have people of different colours and sexes

THEY were the legendary British group who rocked stadiums all over the world and sang about Fat Bottomed Girls. But Queen guitarist Brian May believes his mega-selling group would have to be very d…

He seems to have forgotten in his old age that while the songs are brilliant what made Queen iconic was the fact their original frontman was a flamboyant bisexual born to Parsi-Indian parents in Zanzibar. They ticked so many diversity boxes in one absolutely unique, wonderful member he more than made up for all the dull but exceptionally talented white blokes.

Also, yet another reminder of why John Deacon is the only surviving member worth giving the time of day to…

He seems to have forgotten in his old age that while the songs are brilliant what made Queen iconic was the fact their original frontman was a flamboyant bisexual born to Parsi-Indian parents in Zanzibar.

How strange! But then he is being reported in the Sun. So what do you expect!

It may be he’s suffering the ‘it’s all the fault of the old white guys’ thing. There are times that one can feel extremely surplus to requirements, and the sooner we just get out of the way and die the better the world will be.

the sooner we just get out of the way and die the better the world will be.

Love your sense of humour

Wish I was joking.

Mark I agree, when we watch the ads (I must admit we record things and generally fast forward) we notice how politically correct they are trying to be. The adverts do not represent the ethnic diversity of the UK.

Has anyone done the same with French TV?

We love you Ancient Mariner!

But the Brian May headline is typical, isn’t it? - because there is nothing true about it. There is nothing to any of these culture war anti-woke stories when you look into them - they’re manufactured to serve the Tories’ efforts to ‘divide and rule’.
Not only, as Kirstea says, were Queen as ‘diverse’ as they come, the recent music scene is in any case replete with successful all black, all white, all women, all everything non-diverse - and every kind of diverse mixture you can think of too! It’s political correctness and incorrectness gone mad together!

the Brian May headline is typical, isn’t it? - because there is nothing true about it . There is nothing to any of these culture war anti-woke stories when you look into them - they’re manufactured to serve the Tories’ efforts to ‘divide and rule’.

Well, May said what he was claimed to have said, including the sentence in the headline, so it was’t manufactured. It’s all in the article linked, whether or not the Sun is serving the Tory purpose.

As for being “woke” … the word was coined by adherents to a particular set of values, rather than opponents to those values.

The problem is not that people are “aware of and actively attentive to important facts and issues (especially issues of racial and social justice)” (Woke Definition & Meaning - Merriam-Webster), but that those who would call themselves “woke” frequently extrapolate nonsense from those principles.

For example, almost all of us would consider it right to deal sensitively and kindly with someone with gender dysphoria. Most of us would say treatment should be available for such conditions.

Woke people would say that a person with XY chromosomes can be as much a woman as s/he chooses and - and this is the key point - deny that anyone could reasonably hold a different opinion. They then hound out of a job anyone who disagrees. You know the recent examples, and how virtual and actual mobs were whipped up to do the hounding of people like Kathleen Stock and Suzanne Moore.