Time to start saving up my pocket money

A stunning new product from Apple. My current iMac is 10 years old in a couple of months… time for her to retire

Our presents to one another last Christmas were Apple Macbooks with the new M1 chip. The performance is stunning, less power consumption, less heat and far more performance. Intel CISC chips are JCBs, RISC chips (an IBM invention) like the Apple M1 are Teslas.

I think Apple have also grasped the opportunity increased home working brings. I should have bought Apple stock (and Redhat and Salesforce.com) when my tech savvy gut told me too. 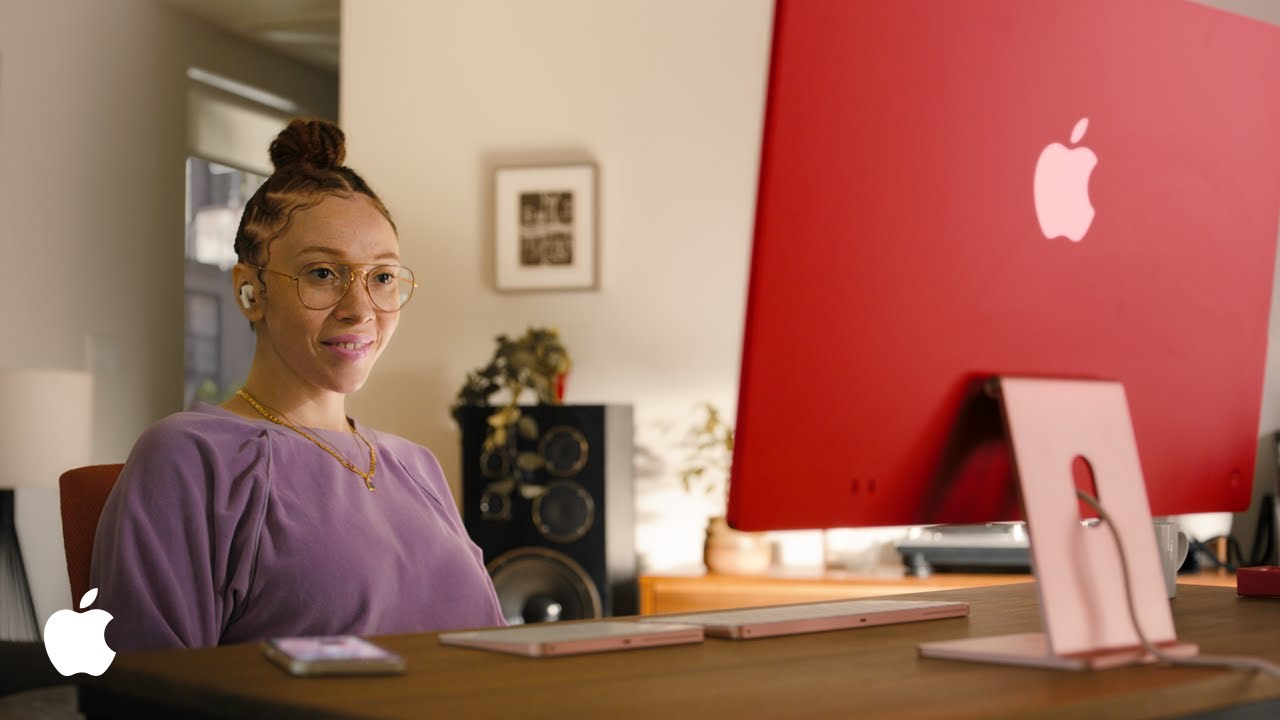 I will be doing the same re upgrading my trusty IPad Pro for a newer ipad.

I think…I am going to go for the Air though on grounds of not having enough pocket money!

For me the biggest issues with even the new proposed iMacs:

Whilst I have embraced the M1 chip in the Mac mini and a MBPro for work, I would be loath to fork out what Apple is asking for an utterly basic hardware configuration in the iMac, with limited ports, for a home computing solution.

Performance wise though, I’m entirely satisfied with the M1 chip. I have an older Intel i5 Mac mini at work too, and in comparison it is a pig, even with its 16Gb RAM.

My 10 year old iMac has 16GB memory, 250GB SSD and a 2TB disk. It backs up to 3TB time capsule with an attached 4TB drive and I have a powered USB hub with three 5TB and one 4TB external disks attached. Not to mention 2TB of iCloud and 1TB of Onedrive. So no shortage of storage. In fact I’ve backups all over the place (old habits die hard) and I’ve just embarked on a project to map what’s where and get rid of the dups. I’m sure I recover TBs.

I’d probably soldier on with the current iMac but it’s developed a strange problem whereby one of the fans starts going flat out for no apparent reason. I’ve installed TG Pro so I can see all core temperatures, sensors and fan speeds etc. but no obvious issues so I need to take it back to Apple for what may be a costly fix. Even then because it doesn’t have Metal, I can’t run macOS 11 nor upgrade some apps, notably iMovie, Final Cut Pro, Xcode and the MS office suite. So all in all I think I need to retire it. Now the question is what to choose?

While a 21’ iMac would be too small for all the windows I need open at once, a 27’ is probably overkill. The new 24’ is probably just right. I’m very impressed with the M1 and the performance improvement over the 3.4 Ghz Quad-Core i7 I have today will be more sufficient. I don’t currently push memory so 16GB will still be fine (especially as, like my current iMac, paging will be to SSD) and given the array of external storage I have, 2TB of onboard will be enough. Especially with USB C performance ports.

This has been a useful exercise in convincing myself, and I have

An Applemac for me is just a dream.

one of the fans starts going flat out

I expect you’ve tried resetting the SMC? Shut down the computer. Unplug the computer’s power cord. Wait fifteen seconds. I had lots of problems with my iMac shutting down by itself and reloading taking ages. This has solved it (for now at least).

I love my 2015 MacBook Pro. I prefer the key action to newer models. It’s a fine piece of engineering.

My android phone has been in for repair for the last week - I used an old iPhone we had lying around - I have an ipad which works well so I am not anti Apple - but using the iPhone last week was pretty horrendous and I am delighted to get my phone back.

using the iPhone last week was pretty horrendous and I am delighted to get my phone back.

I like my iphone SE with a couple of caveats. It’s powerful and takes good photos when I don’t have a dedicated camera with me. I wish it wasn’t quite so sociable - calling people when it’s in my pocket or still in my hand after finishing a call. It also seems to hang sometimes after finishing a call. I know I should close the calling app after a call but forget.

Macs do seem to last forever if you look after them. My old Mac Book Pro is a 2008 - updated with 4GB of memory and swapped the drive for an SSD. The screen did delaminate from the lid but I got a second hand screen/lid and had it replaced at a great computer shop in Leamington Spa (before we moved permanently to France). The OS refused to update due to hardware not being capable, fixed by a google and the install that someone had amended to not check the hardware spec with Apple HQ during the update, It runs fine on the latest version of Mac OS with no issues what so ever. OH got the MBP once fixed and loves it.
I now have a 2015 Mac book Air (13 inch) - its great and I hope it lasts as long as the MBP.

My old Mac Book Pro is a 2008 - updated with 4GB of memory and swapped the drive for an SSD. The screen did delaminate from the lid but I got a second hand screen

This did make me chuckle - adding extra memory, replacing with a fast HD and replacing the screen and its still working… It is 75% new!

Fitting as much fast RAM as can be crammed in and fitting an SSD are the best upgrades for an old Mac.

Using CleanMyMac to tidy up the OS is also highly recommended.

The irony was the screen delaminated from the lid (with a crunching noise) about six weeks after my memory and SSD install so I was a little peeved until the repair shop found me a second hand replacement. The relative cost of the memory and disk upgrade was tiny compared to a new one.

SSD replacement of an old style hard disk is a stunning upgrade and should give it a few more years.

And it’ll run cooler, thus extending the life of everything.

Of course, the best upgrade for any Mac is free.

Just install smcFanControl and set the fans to run as fast as they can without being audible over the ambient noise in the room from start up and then ramp up as the temperature inside the case increases.

I have TG Pro and can twiddle any fans but the problem I have is intermittent. Sometimes the fan just kicks off wen nothing is running hot and no matter how longs it runs for it doesn’t turn off. I suspect I’ve a dodgy sensor. 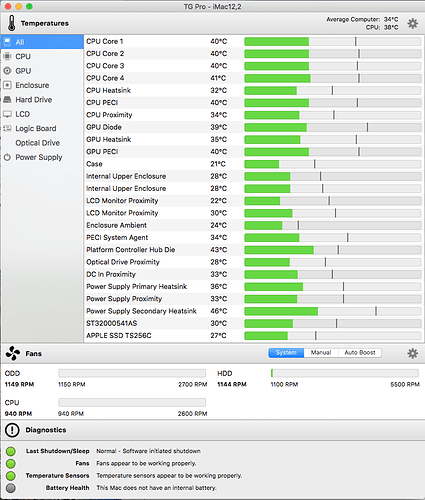