Hello everyone, this is excruciating. He has been outwitted and outplayed and he doesn’t even realise. Well done Jonathan Swan.
Izzy x

Hi Lily, sorry I’m not sure what you mean?
Izzy x

Izzy, this man has all the ‘qualities’ I detest, but if he was my father I would hate to watch him humiliate himself on a daily basis.

If he was my father I would be more worried about the damage he is doing to the world than humiliating himself.
Have you seen his wife smile lately?
He is worried, he is under deep investigation by the New York Attorney.

would hate to watch him humiliate himself on a daily basis.

The problem is that he seems to have no sense at all of humiliation, no humility: he believes his own lies and preposterous claims to have done more than anyone else in the history of the world, and achieved what no one had ever thought possible. He seems to fit the description of a deluded megalomaniac with paranoid tendencies.

Without psychiatric support he is heading for a psychotic breakdown IMO. He doesn’t have the mental resilience of a Hitler or Mussolini. It will end as badly though.

I am not writing in a professional capacity, just as a worried bystander, so my terminology should be read in colloquial or journalistic and hyperbolic terms.

I think they must be aware that he is mentally disturbed but “blood is thicker than water” and “in for a penny in for a pound” are aphorisms to fit their dilemma.

I imagine they also realise he is coming to the end of the line, and hope he will lose to Biden so they can get on with their well-heeled lives comfortably in Israel without worrying about him melting down publicly or being locked away securely with a mysterious indisposition that can be blamed on China.

The First Lady will do an Oscar-worthy Lady Macbeth act à la Jackie Kennedy and end up marrying someone like Elon Musk​:hugs:

Yes, it was cringeworthy but much as I detest the man he’s was actually correct on several points. Firstly, China has been stealing US intellectual property for as long as I can remember and they are the biggest threat to the West. Secondly, the US did supply arms and support to the Taliban. This turned them into the force they are today and spawned ISIS. Any sensible person knows that 9/11 was an own goal by the Yanks. The monster they created bit them. And now the morally outraged US is calling foul on Russia returning the compliment. Trump said the US should not be in the M/E and he’s right. 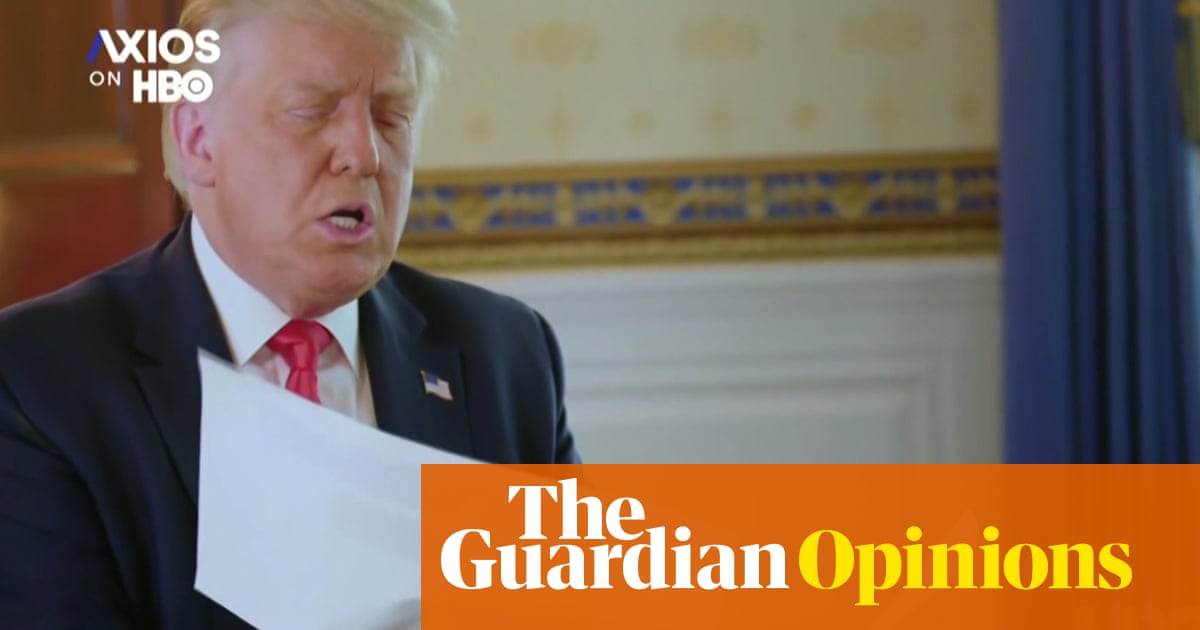 Trump's stream of subconsciousness becomes a torrent in car-crash interview |...

I think they are probably similar, so may well not see this interview as a car crash but as him “winning” against fake media.

Indoctrinated because he would cut them off without a cent!

China has been stealing US intellectual property

Under Chinese law, that isn’t a crime. So any greedy inventor who reckons to make more money by moving production to China, can expect them to make cut price copies. And it’s just what they deserve for putting local people out of work!
If you have an expensive Japanese camera, you will find that it was made in Japan. They only allow the Chinese to make the cheap throw-away junk. Pretty smart, those guys!

Quite so IMO: they are knaves not Fools, but know how the game is played out. I expect they will want to be assured that the shadowy creatures, the “shape-shifting lizards” behind Trump’s rise to power, will not throw them to the wolves, as they will metaphorically assassinate/ eliminate him if and when necessary.

I am beginning to think that Trump himself is feeling uneasy. He is beginning to show signs of growing vulnerability, as in the recent “it is what it is” interview when he began to unravel under moderate pressure from an interviewer.

He is no longer in control of events. He must at some reptilian level see in the eyes of those around him the looks of pity, contempt and fury at his loss of grip and spiralling-down ‘charisma’.

Things are falling apart. We watch with blood-chilling fascination as bits fall off the flailing, failing structure. Shades of 9/11 indeed.

I expect Pompeo is waiting in the Senate with a dagger under his toga, watched closely by dead-eyed Pence, who has the look of an undertaker about him, with voice to match. Both men to watch.

Thats the problem. He is correct on several points. I believe there’s several investigations running concurrently, involving the Democrats too.

Well Mike I don’t support MNCs exploiting Chinese slave labour to make their quarterly earnings per share targets to enrich executives, but I also don’t support the Chinese ripping off IP either. It’s certainly not the slaves in Foxcon who benefit from that theft. As for the Japanese, one must remember it’s not so long ago that the Japanese also only made cheap knock off goods. Christmas tree lights etc. It was after all BMC who initially taught them how to build cars and I would suspect ( though I have absolutely no foundation for doing so) that German and/or Swiss technology was the foundation of their camera industry. If I’ve time I might do a little research.

BMC who initially taught them how to build cars

It was William Edwards Deming who taught the Japanese how to make better cars. His ideas appealed to their cultural liking for fine craftsmanship -

William Edwards Deming (October 14, 1900 – December 20, 1993) was an American engineer, statistician, professor, author, lecturer, and management consultant. Educated initially as an electrical engineer and later specializing in mathematical physics, he helped develop the sampling techniques still used by the U.S. Department of the Census and the Bureau of Labor Statistics. In his book The New Economics for Industry, Government, and Education Deming championed the work of Walter Shewhart, inc...

The Germans were aware that the Japanese had the “rare earths” needed for the production of advanced optics and hoped to benefit from that after the great victory of the glorious Third Reich. Fortunately for us, it didn’t quite work out and they had given too much information to their allies, who picked it up and ran with it!

Greedy Americans and other western companies eager to exploit the Chinese market and not enough aware that it was themselves that were being exploited.

When we lived in Headley near Grayshott, a neighbour whose garden backed onto ours told us that he had worked for BMC and had gone out to Japan to teach them to build cars.

We saw a programme on France 24 on the support Trump enjoys by the Evangelicals. they believe that he was put there by God and have totally ignored his womanising and lying.
Many of them are Creationists too, but one family said that would vote for Biden if he came out against abortion.

The West did a lot to help Japan get back on their feet after the war. Their industry was in ruins and I suspect that there was an element of guilt over Hiroshima.
As a result, we have (much needed) good friends in the East.