Increase in personal damage etc caused by an uninsured driver… is costing the “fund” which pays out an enormous sum… to third party injured etc.

In turn, this increases the costs that each Insured Driver has to pay.

So you and I are paying that bit more, simply because some drivers do not bother with Insurance… they take the risk, have the accident and we all pay…

Or have I misunderstood… 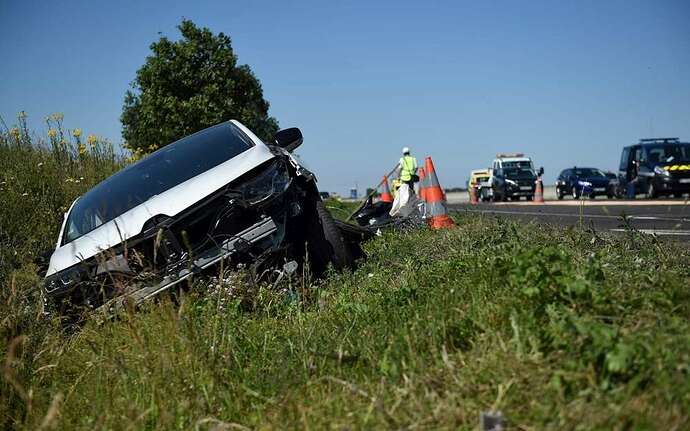 Same protested in the UK, problem is youngsters insurance is so expensive it’s causing a problem.

Many years ago, a newspaper (it might have been The Observer) made a study of Insurance Companies income and claims. They used a well known company in their article, but stressed that the companies all seemed to follow the same formula.
The journalist used the companies financial records and found that claims amounted to 10% of their receipts. If claims went up, their prices rose accordingly. I know insurance is a ‘risk business’, but it isn’t often they go out of business!
I think that it would be a good idea if the insurance companies continued with their sky high prices for new drivers, or all drivers. However, you could earn considerable reductions by taking additional driving courses, becoming an advanced driver etc. The more courses and therefore experience you got, the longer your premiums stayed low. Then, for the experienced drivers, a biennial test for say 30 minutes would need to be taken to retain your low insurance rating.
This would improve the standard of driving and reduce incidents and injuries.
Speaking as a retired Police Officer, when I took my initial four week driving course, in the first week I couldn’t believe how much I was not seeing or taking in. Once you completed the four week course, you were given a mark. If you attained a particular mark, you were then instructed for a further two weeks for training on emergency conditions. I then took an additional course to drive personnel carriers also under emergency conditions.
Traffic Officers had a further five weeks training.
I still try to apply the lessons that I learnt all those years ago, but know my standard is not as good. Better than average? Arguably, but I along with everyone else would benefit from additional instruction.
Black boxes used for new drivers, should be rolled out across the board as standards of driving are recorded. (They can be cheated I know. I heard a story of a chap in the UK who had his black box put into a hearse for a couple of weeks to reduce his premium!)
If such a system was brought in, it would also create jobs.

I think the way you understand it does carry some weight Stella, I also have that idea in a memory bank somewhere.
I think Paul is right on a few counts, although on my part, it is reading between lines they do have their own formula permutations.
Companies do protect their interests in as many ways as they can, and some are not as genuine as you may think… oh really i hear some shout. Yes, they don’t care about Joe Bloggs, they care about their bottom line. … which basically , is a business with a board room of high earners.
Non insured drivers come from a few backgrounds, the younger but generally good citizens who cannot see the problem with what they are doing, to the blatant flouters of the law who couldnt care less about anyone else. It really is those that need to be targeted, because even when they cause accidents , scrapes, dents, they just drive off anyway. Even if prosecuted, from most you would get nothing.
I would like ( and this is ridiculous i know), an overnight operation, that every car, in every street, car park, road, is number plate scanned…and any that does not have tax is impounded/towed. Then prove their tax and insurance before getting a car back, if they don’t scrap it after 2 months.

I would like ( and this is ridiculous i know), an overnight operation, that every car, in every street, car park, road, is number plate scanned…and any that does not have tax is impounded/towed. Then prove their tax and insurance before getting a car back,

Just insurance and CT status - we don’t have the vignette any more.

My father is in his 80’s and his car insurance is high. He could have a reduction if he had a black box. He hasn’t had one.