Where you have no rights. Certainly not that of protest. 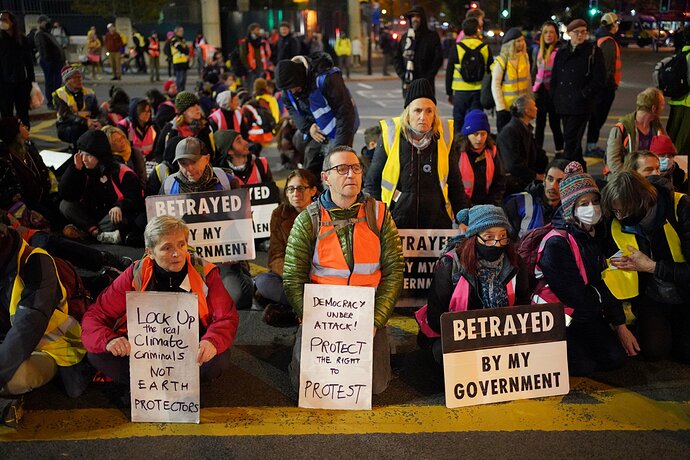 Priti Patel has quietly been stuffing even more anti-protest powers into the...

It is, without hyperbole or caveat, a piece of law which would sit more easily in a dictatorship than a democracy

“Where you have no rights, certainly not that of protest”

There is a small voice inside of me that suggests we are too late to turn the tide but then the warrior spirit I was born with always chooses to stand up….

…we are too late to turn the tide…

Indeed, this has been shoehorned in when it is too late for parliament to do much to stop it. I think that we are past the Rubicon.

For now I’m assuming that Tory tinkering with elections themselves will be limited to boundary changes, voter ID etc - while this is to their advantage it still allows for them to be voted out at the next general election.

There has been talk of them trying for an early election - I think this would also be to their advantage as the longer they leave it the more chance their sheer incompetence will catch up with them and they will lose - Labour already enjoy a narrow lead in the polls.

But, as I said, we might have crossed the Rubicon already - they are now confident enough to push through legislation limiting personal freedoms that would make Lukashenko blush and they will only get bolder.

Whether we will get a chance to vote them out of power remains to be seen. 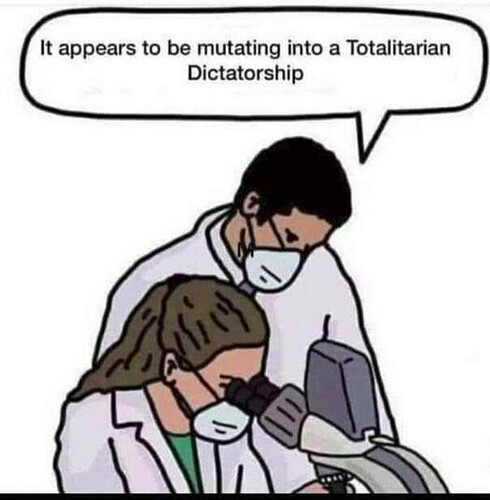 Should please all the young idiots that wanted communism. For all of ten minutes until they realise it’ll be them in the cattle cars off to Mostly Peaceful Re-Education Camp No. 3.

I think it’s more likely to please a load of facist old giffers.

Another p**t that needs to be noticed!

You live in France, don’t you? I don’t know what is doable from here regarding internal UK politics.

If you have an MP you write to them, but that didn’t do much good.
I am still pursuing if the promised change to the fifteen year exclusion of UK citizens living abroad being unable to vote in UK elections is still in the Elections Bill.

Why do people who’ve been residents of another country for 15 years with no plans to ever return to the U.K. feel they should be able to vote in U.K. elections?

I suspect because it’s hard to give up a right to something and never say never.

Why do people who’ve been residents of another country for 15 years with no plans to ever return to the U.K. feel they should be able to vote in U.K. elections?

Because they’re still citizens. The rights we have are often based on the country we’re citizens of, not where we are resident. If the U.K. government removes rights from citizens it will affect us as well as people who live in the U.K. and the only way we as citizens can push back on such things is via the ballot box. Of course we may be able to renounce citizenship and take that of another state but that is not automatic so may not be possible for some. Using an idiotic example, if the U.K. goes to war (literal or rhetorically via a souring of relations and sanctions or what have you), and the US decided U.K. citizens weren’t welcome, that would include us even if we say “Yes guv, I know my passport says British but I’m a frenchie in spirit, I’ve lived there for 15 years”.

Probably because we’ve been disenfranchised. However giving “us” a vote in your own old constituency isn’t going to make any difference unless immigrants (and hate to use expat) have their own MP’s, but that will sadly never happen