What are your top smartphone apps?

I’ve just upgraded our mobiles. We’ve had iPhones for the last three years and they have been great, although with every update to the OS they got a little bit slower. But that’s not the reason we didn’t replace them with the new iPhone though.

For me the new iPhone is just too small; most of my time spent on the phone outside of the house isn't for making phone calls, it's for all those other things that one usually associates with using your laptop or desktop computer.

So for that reason we've gone super size with the Samsung Galaxy Note which means we are now using Android and the Google Play store.

I've found some fantastically useful apps so far, and most of them for free, so my question to you is, what are the best apps you have on your phone? Let's not restrict this to Android- let's make it any phone, any app for any purpose...

What are your recommendations?

Hi Diana - no it's not here yet, but it did have a delivery estimate of two weeks (not sure why) so there are a couple of days to go. Luckily because I've no reception at home nobody ever calls me on my mobile so at least I shouldn't have missed anything important (famous last words). I'm actually wondering if my contacts are stored on the SIM card so will be transferred or whether I'll have to do it all manually, except I don't even know if they're still accessible on the Blackberry after it was Hugo-ed...

Hi Valerie, just wondered what news of your phone. Has it arrived, does it do all etc? Still on FR and UK sites and giving 2 days to go!

I visited a back specialist earlier this year here in france, and he used his to measure the curve in my vertebra, which is called the "cobb" angle

And the other day, I saw an add for apps that help diabetics instantly manage their insulin levels and set intake doses....Dr Mc Coy, run a full body scan and then beam us up Scottie. :)

Have had a samsung galaxy s2&3 for two and a half years now and found apart from the normal apps the following freebies - reMind for a good bell ringing reminders to phone someone or turn the garden water off - v.important. Flashlight is good for peering inside unlit garden sheds in the winter and, when faced with certainty on wind direction by friends/wife, Compass helps prove the point! Combining the last two for DIYers try Swissarmyknife which has its own flashlight and compass but also a timer, unit converter, stopwatch, calculator, bubble level (to help hang those pictures straight) and yes even a ruler, magnifying glass and mirror - the last two, bit of a cheat, making use of the onboard camera! GCloud is also an excellent all in one cloud backup prog in case James's Cerberus didn't find your phone. Not least the most addictive and time wasting but riveting game in the Play Store - Hill Climb Racing, just right for when you're bored or waiting for the kettle to boil/paint to dry etc. - and of course Evernote for your non-paper shopping lists and generally organising your life....

A bargain I would say then :)

Oh don't worry Zoe - I love the fact that I'm being tracked. It fulfills all my Eric Northman fantasies.

Fair enough, James, but when I want to know where my OH is, I tend to just call. if my OH announced that I was to be tracked using my phone, say, from tomorrow on, I would be filing for divorce.

I'm not holding my breath, Keith - I will exhale slowly when it turns out and i see what it's capable of but very, many thanks for the reassurance. Being the complete opposite of a techno geek I have no idea what's best, worth paying for, what I should and should not go for etc etc. Mistakes can be very expensive. And this one will be hidden from Hugo...

Yep, that's the one, reduced from 101 to 53. Go on, tell me I've been had and I've just wasted the little money I have. I will go to bed feeling very sad.

Then I doubt it's a real one, ha! We'll see Brian (a) if it turns up (b) whether it's anything like the one in the picture and (c) whether it actually works. Then I can start playing with all these apps because I'll have the Google thingy. Yay.

Smartphones, what are they?

We have our UK 'phones on a minimum Leclerc tariff and the landline.

I have absolutely no idea what I just bought - if it pastes I'll put the picture below. It seems to have a bit of everything and was reduced on eBay from €101 to €53 (my sort of budget). I'm so happy you posted this discussion as I'm getting some great inspiration of what apps are available and could be a great help / general fun if the phone works. 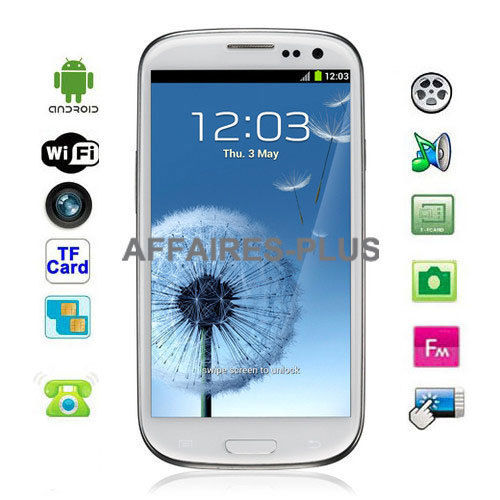 It's just about knowing where she is Zoe ;)

Pluzz.fr so I can catch up with the news when I'm in traffic jam

What's the wife tracking about?? just out of curiousity..

@ Valerie.. sometimes on Fnac.fr, you can get reconditioned phones... good as new.

I use Alpine Replay in ski season, it tracks your runs, skilift times, speeds, vertical drop, jumps, and much more. It can even tell you how many calories you've burned in a skiday. There is a facility to upload photos and video also. A must for any hardcore skier.

I use Cerberus to track Catharine's location. It's actually designed to find your phone should you lose it or if it is stolen, but it can also be used proactively. Catharine is fully aware of this by the way! 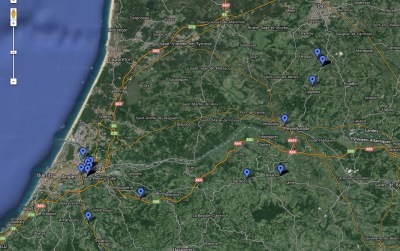 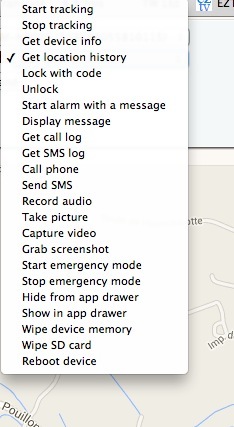